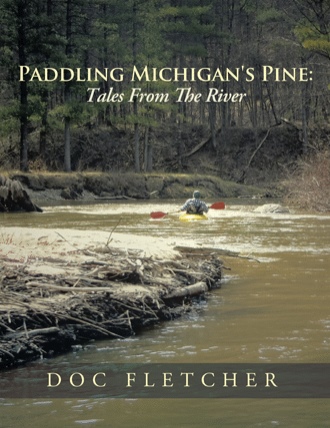 The Pine is not a beginner’s river, featuring class 1 and 2 rapids throughout. Over the Pine’s entire 60 miles, it has a gradient drop of 7’ per mile, but over its final 43 miles the per mile drop in the river floor is among the highest in the Lower Peninsula at almost 10’ per mile with a maximum gradient drop of 20’ in the 1st mile downstream from the Peterson access.

Of all the joy that canoeing and kayaking the Pine brings to us, it’s biggest contribution to our lives began with one man fishing the river in 1925 near private land, an act that led to a lawsuit and a series of legal actions culminating in a 1936 Supreme Court decision confirming that anyone in the United States has the right to paddle or fish on a river – any river – through privately-owned land. 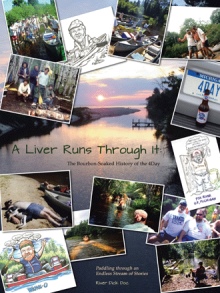 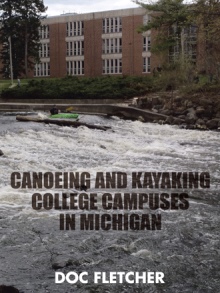 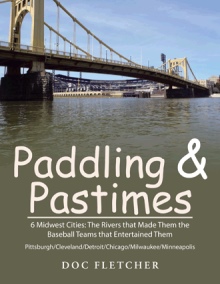 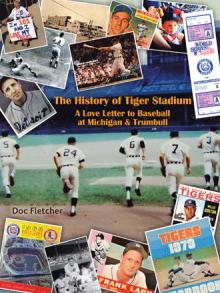 The Pine River, well-known for its speed and rapids, and located in the northwest section of the Lower Peninsula, is one of Michigan’s most loved and fastest rivers. Let Doc Fletcher take you on a 6 day journey down its challenging waters and through the fascinating history of river and its surroundings.

“Paddling Michigan’s Pine: Tales from the River”, is Doc’s 6th book about canoeing and kayaking through Michigan and Wisconsin. Along with his wife Maggie (pictured here together along the banks of the Huron River), Doc travels across Michigan sharing river adventures at libraries and nature centers.

For a source about all things canoeing and kayaking in Michigan, check out Maggie and Doc’s website, www.canoeingmichiganrivers.com