The Vatican Murders: The Life and Death of John Paul I 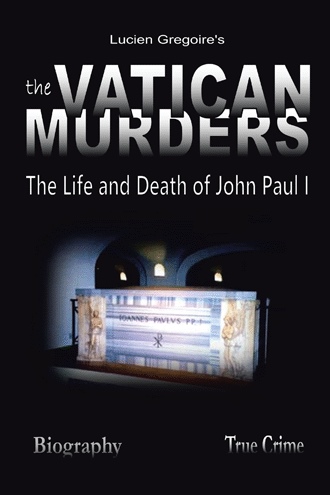 Thirty-three days into his papacy, the youngest pope to die in four hundred years and the only pope in the two-thousand year history of the Church whose death was unwitnessed was found dead in his bed. At seven-thirty on the morning of September 29, 1978, Vatican Radio broadcast the following bulletin: “Pope John Paul died before midnight last evening of myocardial infarction to the heart. He was discovered by his secretary Magee at six-thirty this morning who went to look for the Pope when he failed to show up for his morning chapel service... The bed lamp was on and he was sitting up in bed in his daytime clothes wearing his spectacles reading the ‘Imitation of Christ’ which book was held upright in his hands... ” 2 Contradictions and rumors The medical community did not delay a day. The Italian Medical Society issued the statement: “It is irresponsible for a doctor to infer heart attack in an unwitnessed death without autopsy of a man who has had no history either himself or family of heart disease.”3 There were a few contradictions in the release itself. The embalmers told Italy’s most reliable wire service—ANSA—in his hands were notes written on the stationary of Vittorio Veneto. They also said they were picked up by a Vatican van shortly after five-thirty, an hour before the release said the body was found. In addition, they were told by Swiss Guards a nun had discovered the Pope. It was their opinion John Paul had not been dead for much more than an hour or two as it was a cold morning and the windows were wide open and the body was still warm.4 The nun who had discovered the body was interviewed. The clock that should have rung and did not ring Sister Vincenza told reporters that she routinely delivered coffee at four-thirty each morning. When she first knocked there was no answer. She waited a minute or so and knocked again, this time a bit louder. Again, there was no answer. Though he normally woke at about four o’clock it was his custom to set his alarm clock for a few minutes before four-thirty in the event he overslept. If he was sleeping, the alarm would be ringing loud enough to wake the dead. At least, that is what she thought. This meant he had risen at his usual time of about four o’clock and had completed his first task of each day—turned off the alarm. Assuming the Pope was still in the bathroom, she opened the door and entered the room intending to leave the tray on his nightstand. The light was on. He was sitting up in bed in his daytime clothes reading papers held upright in his hands. She greeted him. “Good morning.” He resembled a mime deeply engrossed in his reading. It was not unusual for him once dressed for the day to be sitting up in bed reading when she delivered coffee. Vincenza, who had served him for twenty years, had come to know this man as a jovial one, always smiling, sometimes laughing and often joking. At first she thought it was a joke. After all, he was smiling. Actually, she knew it was a joke. He was wearing his glasses. Though nearsighted and required them to walk across the room, he did not require them to read. That is, to read in private. Yet, someone not close to him would think he required them to read because he always wore them when reading from the pulpit to allow him to view his audience. Nearsighted prescriptions provide for clear vision from twenty feet to infinity. At ten feet they begin to have a detrimental effect on vision. At normal reading length they can be as much as twenty times out of alignment. The practice is to read below the frame or employ bifocals with a clear reading segment. John Paul wore bifocals. Regardless, disturbed by the prank, Vincenza approached the bed. “Please don’t joke with me in this way, Albino.” As she placed the tray on the stand she realized something was wrong.5 Her testimony confirmed that of the embalmers: he was holding papers and not a book in his hands. More importantly, he had been discovered dead shortly after four-thirty and not at six-thirty. That the clock should have rung and did not ring raised the eyebrows of the Agatha Christie buff. The Pope had turned it off or someone else who knew his practice had turned it off. Electric, it would have been ringing when the nun was at the door. .. cont’d 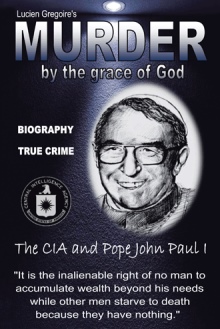 Murder by the Grace of God
Lucien Gregoire
$19.95 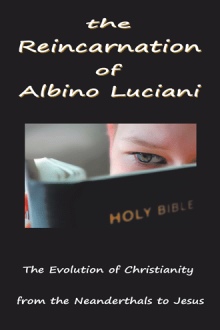 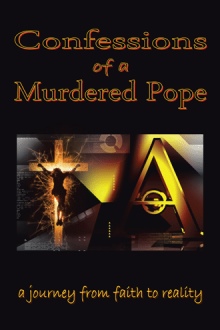 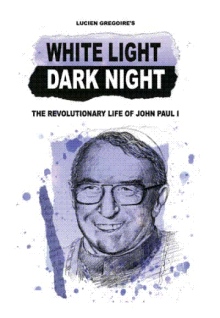 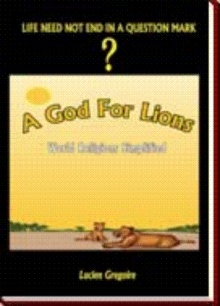 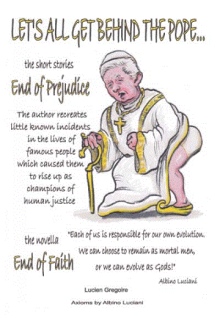 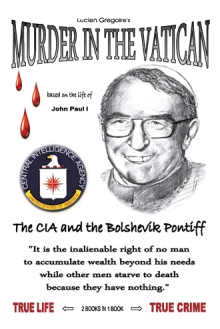 Murder in the Vatican
Lucien Gregoire
$18.95

“A monumental work of twentieth century capitalism as it was jointly embraced by the Vatican and the United States and those caught up in it. Top-shelf CIA-Vatican intrigue.” - T. Francis Elliott, The Times........ Some claim the Vatican Bank had to do with his murder. Others claim his threat to change doctrine that unfairly penalizes the lives of innocent people drove curial cardinals in the clandestine deed. Others claim the threat he was to the capitalistic tenets upon which the United States was founded rallied the CIA to action. Others whisper his sexual orientation led to his demise. ‘The Vatican Murders’ reveals how each of these possibilities played a role in the murder of the youngest pope to die in four hundred years.......... When elected—based on the few bits which had reached outside Italy—he was tabbed “…a moderate with an open mind to change doctrine in those cases it places unfair restraints on the lives of innocent people.” Like the time he ordered his priests to melt down their golden chalices and other implements of idol worship to build an orphanage, to the times he had been caught baptizing born-out-of-wedlock children, to the times he had been caught officiating at funerals of the remarried, to the times he ordered hospitals to admit partners of homosexuals into intensive care units, to the time he defended their right to parent children, to the times he had been caught giving the Eucharist to communists, to the times he defied the ban on contraception, to his courageous defense of the first artificially inseminated child just a month before his election, to the time as a pope he declared “God is the Father. More so, the Mother.” .......... On the afternoon of March 13, 1978, fourteen men sat around a table in a sidewalk café in a mountain village in northern Italy. In casual clothes they went unnoticed though one was the reigning Pontiff and another the leader of the Russian Orthodox Church. Included were Italian cardinals and statesmen who had been behind the rise of the Communist Party in Italy. The others were cardinals of impoverished parts of the world. Together they comprised the leadership of the Marxist movement in the western world. They left at four o’clock and Aldo Moro reserved the table “…for this time next year.” On March 13, 1979, Cardinals Benelli and Felici decided not to travel to Vittorio Veneto that day. After all, all the others were dead. They, too, unaware of their impending doom, were as good as dead........ TRUE LIFE - TRUE CRIME

♣ Born in New England, Lucien Gregoire completed his undergraduate and graduate work in Massachusetts schools. As founder of organizations providing education to impaired children and in connection with his work in cooperative education, he has served on secondary school and university boards. He spent his professional career as a financial officer of large corporations and was an American industrialist operating in Central America dealing with the same banks the Vatican was dealing with when the Great Vatican Bank Scandal and the revolution of the poor he speaks of in this book took place. He spent most of his military service as a Pentagon officer in the Arctic Circle in connection with espionage missions up over the top during the Cold War. He was a NATO (CIA) undercover agent operating out of Milan when he made the acquaintance of John Paul in the sixties, when the Pope—a relatively unknown bishop of a remote mountain province in northern Italy—was leading the priest-worker movement which gave rise to the Communist Party in the polls.