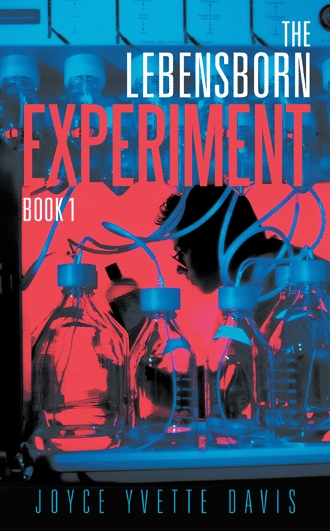 “What a chimera than is man?
what a strange creature,
what a monster, what chaos,
what a combination of contradictions,
what a prodigy!
Judge of all matters, imbecile worm of the earth,
Depository of truth;
Gutter of incertitude and glory and disgrace of the universe.”

It wouldn’t be long now before the boy was dead.
In agony, the boy screamed and screamed, until his throat was raw and bleeding, until his screams no longer sounded like that of a ten-year-old child, but the squealing of a small, wounded animal caught in the snare of a hunter’s trap. The snare was the cold steel of an operating table where his ghostly white, naked flesh lay bound.
Somewhere in the Black Forest of Germany, high in a dingy tower of a medieval castle, his captors anxiously awaited the child’s death while their fellow hunters prowled the earth like a pack of ravenous Pit bulls, raging war with the rest of the human race for total domination of the world.
Death for the boy stretched on for hours, until finally it took him at midnight.
Hovering over the dead boy’s body was two Pit bulls of notorious distinction. The younger was a member of the SS and one of the many leaders of the pack, an Oberstfuhrer by the name of Otto Strass. He was exceptionally tall and bony. So tall, his long legs made it appear as though he was standing on stilts. He wore the black uniform of a German soldier, distinguished by the rank insignia of a Nazi Colonel.
The Oberstfuhrer stared at the boy, admiring the child’s perfectly symmetrical face--the child’s high cheekbones and square, sturdy chin; the child’s creamy-smooth complexion and long, thick eye lashes--features, unlike his own. The Oberstfuhrer’s eyes were deeply-set, brown and listless between which a long, pointed nose protruded, disfigured by a deep gash down his left nostril. His hair was muddy brown, thin and stringy. His skin was pasty-white and spotted with tiny pimples, pink and peeling. He was in fact an ugly man, not what the Reich considered the ideal Aryan type, which made the Oberstfuhrer’s hatred of the Jews all the more ferocious.
The second hunter was a short, crusty old doctor by the name of Josef Weiss with frizzy white hair and large, owl-shaped blue eyes covered by a pair of thick, gold-rimmed spectacles. Once denounced by his colleagues as a madman and his experiments declared unholy, the doctor’s license to practice medicine was revoked, but that was twenty years ago, long before organized insanity spread throughout the country like gangrene infesting an open wound. Today those same colleagues admired and revered Dr. Josef Weiss as a medical genius.
The Obertsfuhrer looked on with hungry anticipation as Dr. Weiss stroked the boy’s curly blonde hair then proceeded to open the child’s hallow blue eyes, first the right, then the left. Seven hours ago, the doctor injected four ounces of a serum he invented into the boy’s veins.
“How long will it take him to revive?” asked the Oberstfuhrer.
“Three days,” answered Dr. Weiss. “Exactly the same amount of time it took God to raise Christ from the grave, so the legend goes. According to his age and size, that’s the length of time it will take his body to react once the serum has circulated into his blood stream. For an older man like me, it will take fifteen days maybe more, for you, five or so.”
“But why is there such a difference in the revival time?”
“Because the serum works according to your body’s metabolism, so the response time may vary from person-to-person. After the first revival, the length of death decreases as the boy’s body becomes more accustomed to resurrecting itself. Also, the quicker the body revives the less pain the body feels. Consequently, a person may be stabbed a hundred times and each stab will feel like nothing more than a tiny pin prick. Come! Let me show you.”
The Obertsfuhrer followed Dr. Weiss over to the laboratory table and watched closely as the doctor took two rabbits, one white, one brown, out of their cages and placed each of them in a separate metal tray. Dr. Weiss then glanced over his shoulder at a young man who sat curled against the wall the a corner in the fetal position.
“Shoot!” commanded the doctor, pointing to the brown rabbit’s head. Slowly struggling to his feet, the young man plodded as quickly as he could towards the rabbit, dragging the weight of his left foot behind him as the torn and tattered remnants of a blue and white striped prison uniform sagged off his frail, bony body.
The Oberstfuhrer watched the wretched-looking redhead with curiosity.
“A Jewish sympathizer?” Oberstfuhrer asked.
“No. Worse!” the doctor replied with loathing, “a Christian…and my nephew.”
Finally reaching the rabbit, the young man fumbled the small pistol tucked inside his pants and held it up between the brown rabbit’s eyes. With shaky hands, he turned his head away and fired. The rabbit fell dead on the table. The young man let out a frightful moan then backed away into his corner.
Looking down at his watch, Dr. Weiss counted: “1, 2, 3, 4, 5, 6….”
Holding his breath, the Oberstfuhrer watched as the hole in the brown rabbit’s head rapidly began to shrink until there was nothing more than a small dent where the bullet had entered. Dr. Weiss stopped counting at fifteen and immediately the rabbit sprung to its feet. He reached into his white coat pocket pulled out a carrot and fed it to the rabbit then glanced over at his nephew.
“See, Hans, see! The rabbit is alive!”

Amid the chaos and destruction of World War II, racial profiling runs rampant. After kidnapped children whose appearances fail to meet the Nordic ideal are taken to concentration camps, some are used in experiments to satisfy the Reich’s quest for Aryan Superiority. It is April 28, 1945, and a sinister struggle between life and death secretly takes place high in a dingy tower of a medieval castle in the Black Forest.

Under the watchful eyes of Nazi Colonel Otto Strass, notorious inventor Dr. Josef Weiss injects a ten-year-old Polish boy with an experimental serum, killing him---that is, until the child, Adok, is miraculously resurrected with unforeseen side effects. Meanwhile, somewhere in the castle dungeon, a Negro American soldier, Sergeant Kapp Johnson, awaits ceremonial execution. But things go awry. On that same day, Hitler’s unexpected suicide throws the castle into bedlam. In the ensuing confusion, Kapp is mistakenly given the serum. In a matter of minutes, Kapp has been given a gift even God cannot bestow upon him: eternal life on Earth.

In this exciting historical thriller, an American soldier and a Polish boy who unwittingly become victims of the Nazi regime in the final days of World War II must find a way to escape their fate and find their way back home—before it is too late.

Joyce Davis earned a bachelor’s degree in communications arts from California Polytechnic University and has worked for the past twenty years for a large directory information company. Now semi-retired, she lives in Rancho Cucamonga, California. This is her first book.