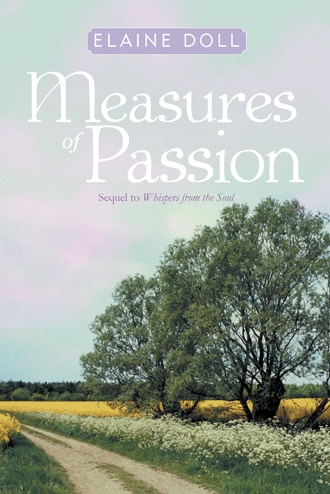 “Honestly, Kristina, didn’t you see that man watching you?”

Kristina Soderlund was so deep in thought about her plans she’d nearly forgotten her best friend was riding beside her until Doris shouted at her.

“What? No.” Why would anyone be watching her? Kristina shrugged it off and kept peddling. Eyes on the asphalt road, her mind wandered ahead to when she’d leave home and go to college in Boston. After a moment, however, curiosity nagged her. “What man?”

Not that it mattered. She wasn’t the least bit interested.

“That man on the Library steps was looking you over like a tiger on the prowl, ready to pounce on his prey.” All grins Doris jerked a thumb back over her left shoulder.

“That’s a stupid thing to say.” Doris Langley could be so dramatic at times. No wonder she was always writing mushy poetry and daydreaming about men. She and Doris were closest friends but as different as a pollywog and a rattlesnake.

“He was positively handsome!” Doris swooned so dreamily she nearly fell off her bicycle.

“You’re so funny. Kristina laughed at her friend and shook her head. She didn’t care how handsome the fellow was, there was no place or time in her life for a beau. Unlike Doris who’s only dream for her future was marriage and babies, Kristina had more important things to do. Nothing would get in the way of her education and her dream of opening a music studio—especially a man. “How do you know he wasn’t looking at you?”

“Oh no. He was not looking at me.” Doris’ tone was serious. “I saw him perfectly well. His eyes were locked on you my friend. The way he gobbled you up with his gaze you’d think he’d never seen a woman in his life.”

Suddenly alarmed Kristina shuddered. An old recurring nightmare flashed through her mind. The idea of being prey to anyone, especially a stranger, and being stalked like an animal frightened her. Hands shaking she tightened her grip on the handlebars. Hunched forward she peddled faster, her nose pointed straight ahead as if she were to look back she would see the devil chasing her. Never mind that the bumps in the road made her teeth chatter, or that her hair flew in every direction. She couldn’t get away from the stranger’s view fast enough.

“Hey. Wait!” Her friend’s words came out in breathless shouts. Kristina stopped peddling and without looking back, coasted until Doris caught up to her.

Breathing hard her friend scowled. “Holy pig feathers! What got in to you, anyway?”

“He could be dangerous.” Kristina’s voice quivered and she fought to control her emotions.

“Oh for goodness sake.” Doris laughed and rolled her eyes. “Why would you think that fellow is dangerous? He looked perfectly normal—and absolutely sublime.”

There she went with the dramatics again; Doris thought every good looking man was sublime. Kristina didn’t answer.

She realized her sudden fear was irrational but she didn’t want to explain the reason for her alarm to Doris, even though they’d been best friends for twelve years. It was too personal to talk about.

She resumed peddling at a steady speed glad Doris didn’t continue to carry on about the stranger. A few minutes later when they reached Doris’ house at the edge of town she slowed and waved as usual. “See you tomorrow.”

Thunder rumbled in the distance. Kristina peddled faster hoping to get home in case a bad storm developed. The man on the library steps all but forgotten, nostalgia set in as her thoughts reverted to college and moving away from home. This was the only home she knew. She was comfortable here, secure on her father’s cotton farm, in the church she’d grown up in, and with her friends. All she knew about Boston were historical things she’d learned in school and the stories Mama Leoma and her grandparents had told her.

Her emotions were a mixture of excitement and apprehensiveness, but attending Boston University School of Music was an important part of her well-laid plan. Excited about her future she had no doubts about her success. What was it Mama always said when they discussed her goals? All things are possible for those who believe upon the Lord. Mama was well educated and wise and she knew her Bible well. If Mama said it Kristina believed it.

During her time at the university Kristina would live with her grandparents. Grandfather Fisk had promised to pay her tuition for two years if she kept up her grades both in high school and college. She was going to do better than that. She’d graduated from high school at the top of her class and she expected to do the same in college.

The asphalt road gave way to dirt and she came to the rough area Papa called the washboard. Handlebars gripped tightly she pumped hard to keep up her speed. She clamped her jaws together to keep from biting her tongue. Glad when the road smoothed out she breathed a sigh of relief and relaxed her grip. Now that her high school year was finished she wouldn’t miss this ride one bit.

When Kristina was almost to the lane that led to her house pounding horse hooves approached from behind. Wondering who it was she stopped peddling and glanced over her shoulder to see who was coming in such a hurry. Toby Gallager reined in his old swaybacked horse so close he almost knocked her over.

Toby grinned, his yellow crooked teeth exposed in the afternoon sunshine. “Howdy, Krissy” he said in his long slow drawl.

“Toby! You nearly knocked me off my bicycle.”

“Well you shouldn’t ride that contraption. It ain’t safe like my sturdy horse here. Least I got four strong legs under me. I don’t know why anyone would ride something with two skinny wheels.”

“Humph.” She really didn’t have anything else to say to the obnoxious coot. He was probably too stupid to learn how to ride a bicycle.

Several times in the last year her father had hinted that Toby would make a mighty good husband but she didn’t agree. She’d always had an uncomfortable feeling around him. It wasn’t that he was a bad person, or anything she could put her finger on, he simply gave her the jitters. Except for his ugly teeth he wasn’t all that unattractive with his rust colored hair and interesting green eyes, but he acted strange and talked uneducated. Maybe he wouldn’t be so bad if he’d keep his mouth shut. She brushed him off like a pesky fly but he wasn’t easily deterred.

If her parents thought they were going to convince her to marry Toby they were dead wrong. 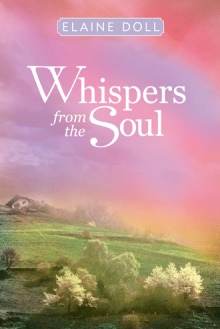 Whispers from the Soul
Elaine Doll
$17.99

Kristina Soderlund is the daughter of an Oklahoma cotton farmer with a passion for music. Although her parents have mapped out a traditional life for her, she has bigger dreams—dreams of music, art, and beauty; of a university education; and of leaving the farm far behind to open a music studio in Oklahoma City. But for a single woman in 1905, those dreams are unlikely to come true. Even so, she is determined that nothing will get in her way.

But when she befriends Pilan' Rousseau, a handsome French-Indian traveler, her resolve weakens. Despite the warnings of her parents and friends, Kristina soon loses her heart to the charming stranger. But fate is not on her side: Pilan' has no plans of staying in Oklahoma City. He’s simply passing through on his own journey across America. An accomplished violinist with an intense passion for dance, he dreams of returning to Paris to open his own ballroom dance studio.

Kristina’s life has never been easy, but now she faces more challenges than ever. Her hopes of love with Pilan' are crushed when he leaves town. Heartbroken, she leaves Oklahoma and all of its pain behind her and heads to Boston.

Against seemingly impossible circumstances, both Kristina and Pilan' discover that their passions for music and dance are too great to ignore. But fate has torn them apart. Each will pursue their dreams, but will they be satisfied by ambition—or love?

Elaine Doll, author of Whispers from the Soul, has completed two Christian Writers’ Guild courses and a two-year Writer’s Digest novel-writing workshop. Also the author of published poems and articles, she has dedicated three decades to writing. Elaine and her husband, Charles, live in Hemet, California, where she is a hospital visitation ministry team leader.