The Laws of Thinking Defined 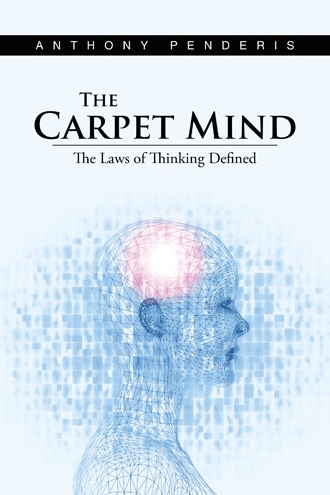 Preface While growing up in Southern Africa, continually exposed to farming communities and a great variety of animals in the wild, my brothers and I had the privilege of keeping an unusual collection of pets. Besides the regular dogs, birds, mice and meerkats we also kept much to my mother’s horror scorpions, spiders, snakes, lizards and at one stage even a baboon. This unfortunate creature used to provide us with hours of fun as it was mostly at the receiving end of our taunts. The cruellest trick we played on the poor baboon was to pass it a paper bag with a rubber snake inside. On opening the bag it would faint on the spot. This, of course, I only learned years later, is a clever survival mechanism for its species. Baboons in the wild are forever in search of edible plant matter and insects and therefore often get confronted by snakes. Fainting protects them, as it makes them go limp and temporarily lifeless. Snakes only strike at moving objects. What really got us rolling over was when we passed this baboon a mirror. Not only would it grimace and pull faces at its reflection, but also grapple with one hand behind the mirror, trying to touch this ‘other’ baboon. It was clear that it could recognize another baboon on sight alone, but did not understand a reflection of itself. Trying to understand the human mind often makes me think of my childhood pet baboon, which simply could not comprehend its own reflection in a mirror. In our quest to conquer ravaging diseases and illnesses the human race has made great strides in understanding the physical body. No other entity or subject on earth has been studied more intensively than our bodies. Yet we are still not able to give a proper explanation of the thinking process, let alone present a definition of the conscious mind and our faculty of self-awareness. Our inner dialogue, for instance, puzzles us. Why are we constantly having conversations with ourselves? Who is talking to whom in our minds? On top of this there’s the much-debated question of free will. Can human beings really decide for themselves? As we dig deeper into the human psyche it appears that the answers to these questions are not at all that simple. My childhood pet baboon with its mirror looms even larger when I attempt to understand the greater universe surrounding us. Sure, throw theories of relativity, the Big Bang, black holes, curved space and anti-matter at me, and I will concede that humans have come a long way since the days when we believed that the earth is flat and we are the centre of the universe. But there are troubling points underlying all these fascinating theories. What, for instance, was before the Big Bang? If the universe is expanding, what is it expanding into? Why is there something at all? No wonder Einstein exclaimed that the greatest theory still to be written is the one that will give us an explanation of physical reality. But baboons and black holes apart what would be the most logical way to finding explanations for the conscious mind and its thinking processes? I based my approach on two very simple premises namely the Law of Causality and the Laws of Nature. All scientific theory is based on cause and effect also known as the Law of Causality. According to this law all events are caused by other preceding events. In our system of logic nothing can therefore happen by itself. This phenomenon is also subjected to certain principles or laws, which Newton and Einstein regularly referred to as the Laws of Nature. It stands to reason then that even the process of thinking cannot happen by itself, must be subjected to the Law of Causality and furthermore be guided by certain Laws of Nature. Using this as my guidelines I ended up defining ten such ‘laws’ or Fundamentals of the Thinking Process, which culminates in my Carpet Model of the Conscious Mind. Throughout this book the reader will notice that I pointedly avoided using the term ‘consciousness’ simply because I have a problem with its actual meaning and therefore stuck to terms such as the ‘conscious mind’ and ‘self-awareness’. I furthermore use the term ‘non-conscious’ for thinking processes we are not aware off and avoided words such as ‘unconscious’ or ‘subconscious’ which have too many misleading connotations. Just about all of my conclusions are based on everyday experiences most readers will be familiar with. I am not claiming that these Fundamentals or ‘laws of thinking’ are the final answer as there could be deeper underlying principles of thinking yet to be discovered as we unravel the mechanics of the mind. Hopefully it will help to solve many ‘psychological’ problems and ultimately strip us from superstition about the thinking processes.

In The Carpet Mind, Anthony Penderis ventures where explorers of the mind have never been before. This book describes – for the first time ever – laws that control our thinking. The author reasons that similar to the Laws of Nature, which explain all natural phenomena, there must be principles, which guide our thinking as well. He thus defines ten such ‘Fundamentals of the Thinking Process’. In the process he demystifies the thinking process, challenges the notion of free will, tackles many unresolved issues concerning the human psyche, and takes a hard look at some of our entrenched beliefs. The title, The Carpet Mind, refers to the author’s model of the conscious mind based on a Persian carpet. In this model, the human mind is likened to a carpet in which every strand of wool in the carpet’s pile represents a memory trace. These memory traces are arranged in different colours and patterns and equates to fields of association in memory storage. Each carpet has a unique pattern, which reflects our personalities and interacts with a “sensory breeze” that evokes the conscious mind. The author ultimately comes to the conclusion that the human mind is phenomenal because it has given us an unlimited capacity to learn new things and the ability to adapt rapidly to a fast-changing environment.

Anthony Penderis first qualified with an Honours Degree in Civil Engineering before his keen interest in all things human led him to complete courses in a diverse range of subjects such as anatomy, physiology, philosophy, political philosophy, speech and drama, and creative writing. He then turned to journalism and eventually ended up as a Managing Editor for a large publishing house in Dubai. His background uniquely positioned him to produce his theory on the Laws of Thinking, which, in his quest to understand the human mind, he developed over a period of ten years. He now runs his own media and communications agency and lives in Cape Town, South Africa. Read more about him at www.anthonypenderis.com.