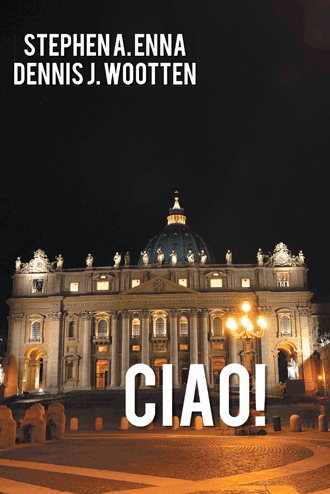 CHAPTER 2 THE PLAN There was one stop on the way to Santa Marta but there was no plane change so she remained aboard during the stop. She tried to sleep but found it impossible. Her mind was full of unanswered questions. Would Iran be successful and launch a nuclear attack on Israel? Would the entire nation of Israel be wiped out including men, women and children? Would they put two and two together and eventually link her to the Iranian Intelligence Group and begin a global search for her? If the plan works how would she deal with the fact that she was instrumental in causing the destruction of an entire country? She finally decided that at this point the only thing she should focus on would be her own survival. She was due to arrive in Santa Marta at 1:50 pm. She would need to find a place to stay and then put a plan in place that would completely cover her tracks and make her invisible to the world. She had a basic idea of what she wanted to accomplish but she knew that to be successful it could not be achieved immediately. It would take at least two full months of effort. On arrival, her first test was to clear customs into South America. This would be a test of her Spanish fluency and would provide her with significant confidence, or no confidence, depending on how the interview went. In the back of her mind she thought “I hope that when the time comes, my Italian will work as well.” She stood in line for returning citizens and patiently waited her turn. She had studied more about Pasto on the plan and was well versed in its location, customs and population. She reached the first of the line and was met by a very serious custom agent. He was short, had piercing eyes and to her looked a lot like a weasel. “Buenos Dias, Senorita, welcome home.” “Gracias Sir, I am looking forward to returning to Pasto.” “I see you have been on a long trip and have visited a number of countries on your journey.” “Yes, Sir,” she replied in Spanish. “It has been an adventure. I have traveled to the United States, Canada, Scotland, Ireland and the UK. On my way home I stopped in Portugal and Spain and now am completing my trip.” “What made you decide to leave Ms. Hernandez?” “Well, to be honest, I have been a school teacher for many years and have dealt with many children in the course of my career. I am single and finally felt I had had enough of children. Frankly, I needed an adult break and that is the real reason I left.” The customs agent smiled. “I understand what you mean, Senorita, my wife and I have four children of our own and almost every month I wish I could take an adult time out and not have to be with them every hour of every day. Your point is well taken. Welcome home and enjoy the rest of your trip.” “Thank you, sir.” He stamped her passport and she was allowed to enter the country with no additional questions asked. She was pleased with her Spanish and felt like the first test had gone well. She knew there would be many others on this journey but getting through the first one was a confidence builder. 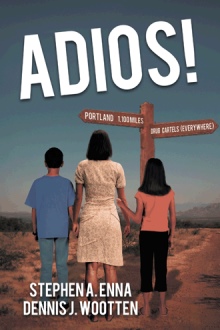 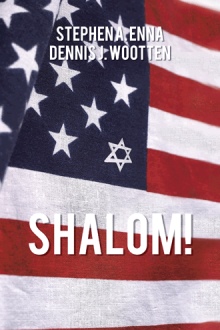 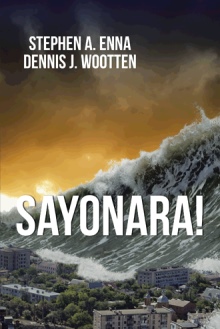 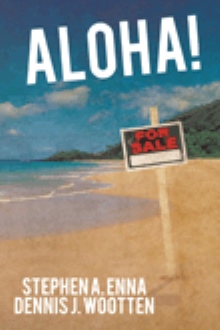 Ciao is the fifth book of the Bruce Gavin series that started with “Aloha”. This book is set in 2031. Rose Kennedy Schlossberg had earned the nickname “Iron Lady” and the respect of people all over the world. Her quest for a second term as President is about to begin. Her first real campaign. With Israel now the newest and 50th State it became clear to the administration that its inclusion brought with it a lot of unforeseen problems. At the top of the list is the problem with Palestine. For 50 years the Israelis and the Palestinians have fought over their homelands. Can the President solve this problem without alienating the Israelis, the Palestinians, or both? The 28th Amendment to the Constitution has been proposed to allow for the disbanding of the electoral college and the election of the President and Vice President by popular vote. Ratification by the states seems assured. While seemingly a non-issue, the amendment also allows for the NIP (National Initiative Plan) where voters can petition for actual laws that will be passed by popular vote and bypass a stagnant Congress. What kind of challenges might this bring? To make matters worse, the woman who was the “mole” that provided information to the Iranians on the readiness of Israel’s nuclear capability, has disappeared. Where will she turn up and what effect will she have? Combine all of this with the fact that Rose Kennedy Schlossberg is single and lonely. Even Presidents are in need of love and companionship. Yet, when in such a position of power, can you trust someone enough to give yourself? We hope you enjoy this continuing saga and CIAO!

Stephen A. Enna and Dennis J. Wootten have been business partners for over 18 years. Following the success of the Aloha Trilogy, they now have decided to continue the series with their fifth book. The authors reside in the Norhtern California Bay Area and continue to manage their Human Resource Consulting Company, EW Partners Inc. Learn more about the company at EWPARTNERSINC.COM