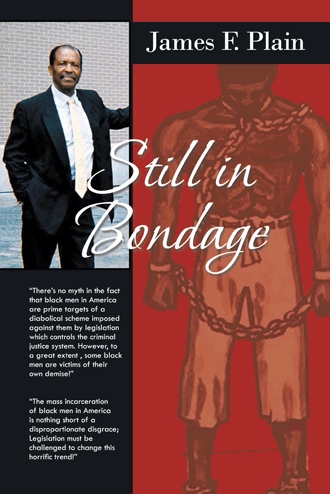 This book is not only a must read for children. However, it can serve as a valuable source of information and reference for couples with children, and who may find value in its reference to parenting. There’s no myth in the fact that within the African-American community, a lack of education is responsible for it rapidly decaying. Without intervention, there is little hope in reversing the current trends plaguing these communities, and our nation. What affects a few of us, affects all of America. Thus, in order for us to move forward as a nation, we must come together for this great cause. For the benefit of all Americans, the ultimate goal should be to educate, re-direct, and uplift the African-American community. Reading through chapter one The Pitfalls of the African-American Community, one can clearly see that it is rapidly decaying. For example; Black-on Black crime across America is rampant, out of control, and continues to be at an all-time high. In addition, the mass-incarceration of Black men continues to be disproportionate to that of other ethnic groups across America. Chapter four offers valuable information pertaining to career planning. Like education, career planning is a valuable component of success, and is the key to realizing the American dream. Couples who may be contemplating marriage will find value in chapter five The Financial Challenges of Marriage and in chapter six The Essence of Marital Reciprocity. Chapter seven reveals why ethnic loyalty is of the essence in the African-American community. While it emphasizes marrying someone of your own ethnic identity, it does not advocate alienation or separation. Chapter eight, Emancipation though Education, is included as a solution toward reversing the negative effects of black on black crime and subsequent, incarceration related to crimes such as drug dealing, bank robberies and other incriminating offenses.

James Plain was born to Felix and Margaret Plain in a small town located in rural Mississippi. Born the sixth of seven siblings, he is the only of them to serve in the military. He is not fond of politics. However, he is proud to be an American, and has a genuine and passionate concern for the happiness of all Americans. In recent years, he has been deeply troubled by the negative issues plaguing the African-American community. His immediate concern is the disproportionate mass-incarceration of Black men across America. In addition, he is deeply outraged by all the rampant, Black-on Black crime plaguing our communities and our nation. His purpose for writing this book is generally inspired by the above-mentioned negative stigma which, in essence, is causing a portion of our society to decay! Through his advocacy for social justice, he feels that legislation must be challenged to dismantle the practice which is responsible for the disproportionate mass-incarceration of Black men. In regards to Black –on- Black crime, his view is; individuals who commits such hideous acts, are victims of their own demise, and should therefore, be brought to justice. When asked if there’s hope in resolving the above issues, his reply is; “certainly, make no mistake about it, I have a solution to solving these problems”. He further states that; “the key is education”. He admits that change won’t happen overnight, and it’s going to take time. However, he feels that where education is concerned, intervention is of the essence. His ultimate goal, as stated in chapter eight, is to initiate a program for children called; Black Youth Educational Program (B.Y.E.P). He contends that the program will be overseen by his Organization for Social and Economic Development (O.S.E.D.) When asked, how long it will take to see change, his reply is; let’s give it twenty years.