The Judge’s Wife Is Missing 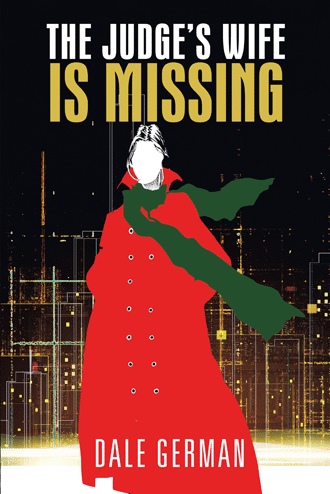 Rich rushed to the office door, hand outstretched to greet his long-time friend. “Coop, you old son-of-a-gun. Good to see you. It’s been forever.” He shook his mentor’s hand, then stepped back and made an exaggerated vertical sweep with his eyes. “You look fantastic. Retirement must agree with you.”
Without waiting for a response, he motioned for Coop to sit and settled himself into the swivel chair.
It seemed odd to Coop to be sitting in front of the desk he’d worked behind for so many years. Almost twenty. He still recognized scratches from metal evidence boxes, and individual cigarette burns from when he was smoking. Rich had added a transparent plate glass top to restore the smooth writing surface, and Coop was secretly pleased it didn’t obscure the evidence of his tenure.
Rich appeared a little flushed and tiny beads of perspiration dotted his forehead. Poor guy’s a bit uncomfortable with the situation, Coop thought, smiling inwardly; almost looks guilty. Rather like a grade-school kid caught sitting in the teacher’s chair. He tried to put his protégé at ease.
“So here I am, Cap’n Peterson. Amos Cooper reporting for duty.”
Rich’s smile was weak but he began to visibly relax.
“Thanks for coming in, Coop. You’re a lifesaver. Judge Wells is being a real asshole about this. Insists we put you and no one else in charge of the case.”
“Yeah, that’s what you said on the phone. Like I told you then, I don’t understand why. He and I really don’t like each other. He’s an arrogant SOB in person and his conceit shows even more in the way he runs his court. I used to criticize him every chance I got, and he retaliated publicly with some highly unflattering comments about my character and parentage.”
“I don’t like him either, Coop, but he’s a powerful SOB with powerful connections. He made it clear that despite your differences he thinks you’re the best damned detective in the country. And if the Chief and I wouldn’t get you to work his wife’s case, he’d see what the Mayor and City Manager could do. Even made veiled threats about getting the two of us fired, and he could probably do it. Besides, his court still tries a lot of the creeps we arrest and it’s to our advantage to stay on his good side if we can. He can make life miserable for us if he wants to.”
“Well, I want you to know I came as a favor to you, Rich, not because of the judge. And despite my feelings about him, I’ll try to do you a good job. But, now, time’s a-wastin’. Whatcha got?”
“Well, first of all, here’s a photograph of the lady.”
He passed an eight-by-ten color print across the desk. The face that looked up at Coop was of an attractive woman whom he guessed—despite her pure white hair—to be in her mid-forties. Somehow she looked familiar, but he couldn’t place where he might have seen her. Her long, thin face with its prominent cheekbones reminded him a little of a young Katherine Hepburn; maybe that was what he recognized.
A sticky note attached to the lower right corner carried handwritten vital statistics. Height: 5 ft 4 inches. Weight: 124 pounds. Age: 54 years. Whoops. Missed that one by ten years. Either his eye was losing its age calibration or this lady was a master at makeup.
While Coop studied the photo, Rich opened a file folder on the desk, pulled out a sheet of notes, and quickly scanned his eyes over the handwritten page.
“Here in a nutshell is what I know. At 3:18 yesterday afternoon, Judge Elmo Wells arrived here at headquarters and insisted on seeing Chief Miller. Tom wasn’t here so the judge agreed to talk to me instead. He came roaring in the door shouting that his wife was missing and we were going to drop everything and find her or there’d be hell to pay.”
“Sounds like the judge we all know and love.”
“Well, I finally calmed him down a little and got the basic story. He and his wife were planning to spend Christmas with her mother in Boston. He has a trial scheduled and probably couldn’t leave until the 21st, though, and Mrs. Wells wanted some extra time to visit and shop, so she scheduled herself on a flight leaving yesterday morning. Judge got her to the airport about nine, watched her board the plane, and waited around until they backed it out of the gate at 10:05.
“At 2:15 in the afternoon, his mother-in-law phoned him from Boston to find out what was going on—they pulled him out of court to take the call. She’d met the flight at Logan International and Marilou, that’s the judge’s wife, didn’t get off. Wells calmed her as best he could, recessed the trial, and came directly here.”
Coop shrugged.
“Well, maybe Mrs. Wells simply got off at another city for some reason. What were the stops between Wichita and Boston?”
“That’s just it, Coop. There weren’t any. It was a non-stop flight.”

Captain Amos “Coop” Cooper of Wichita, now retired from the Wichita Police Department, isn’t surprised when he is asked to investigate a case; he is shocked, however, to learn he has been personally requested by Judge Elmo Wells. Coop and the judge never liked each other or got along, so why is Wells asking for him after so many years off the force?

It turns out that Wells’ wife, Marilou, is missing, having boarded a plane in Wichita without arriving in Boston to meet her mother as planned. Coop sees this as an open-and-shut case: Marilou must have changed planes and arrived at another destination via a connecting flight. The only problem is that Marilou’s flight to Boston was nonstop.

As Coop looks more closely at the disappearance, he discovers that there are plenty of people who might be angry at the judge, giving him numerous suspects but few leads. What’s more, secrets seem to surround Marilou. How did the judge’s wife disappear, and who’s behind the caper that brought Coop out of retirement?

Dale German, a native of Wichita, Kansas, worked for the Atomic Energy Commission and later for Boeing Aircraft, where he pioneered the use of infrared application. A published author of numerous scientific pieces, this is his first novel. He died in 1999. His widow lives in Pueblo, Colorado.