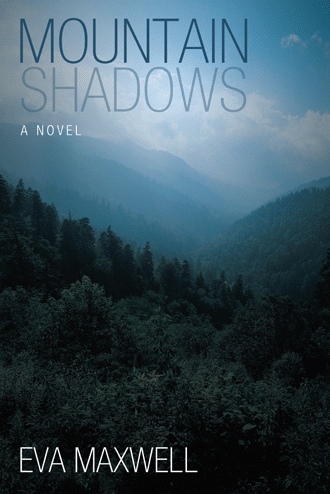 She decided not to turn the light on because she still wanted to surprise Jason and somehow the thought of a bright light was distasteful. As Lelia started up the stairs, she began to remove the new calf-length black leather coat she had purchased to wear while traveling tomorrow. It was not the warmest garment she had ever worn, even with the fur-lining, yet it was surely the most attractive and there was something decidedly sexy about black leather.
Suddenly there was something imperceptible, a subtle change in the shadowy atmosphere, possibly a premonition. Whatever it was Lelia knew a need for silence, she slowed her steps and walk carefully, consciously avoiding the spots on the stairs that squeaked when walked upon. She felt like an intruder in her own home and she didn’t like the feeling one little bit. The muffled sounds coming from the second floor raised the hair on the back of her neck, what was Jason doing? This is silly, Lelia said in a silent whisper to herself, why stand here and wonder, this is my home and Jason is the man I love. Why was she hesitating? What was she afraid of? The panicky feeling in the pit of her stomach didn’t make a bit of sense maybe she should call out to Jason and forget the surprise. They might be spending the night in that bed together. This thought brought added determination and speed to her step. Being as familiar with the stairs as with the back of her hand, she had no difficulty navigating the stairs in the dark shadows of the night.
When she reached the landing at the top of the stairs she stopped to listen, she couldn’t imagine what was making that noise. As she started down the hall moving as silently as a cat, her feet moving with feline speed and surety, crouched low, she had the uncanny feeling that whatever was happening in her bedroom was abhorrent to her. Why didn’t she call out to Jason? One part of her mind asked and was answered by her intuition that it was imperative that she remained silent, undetected as a thief in the night.
The door was partially opened; a space of only an inch or two was letting the light from the room spill over into the hall. What was that? Voices, there was more than one person in her room. What were they saying? She couldn’t hear clearly. One of the voices sounded like Jason, but then again it didn’t. She must get closer to the door to see what was happening inside the dimly lit room. She hugged the wall with her back pressed as close to it in the darkness as she could manage while continuing to move toward their goal.
Lelia had never thought the hall was extra long, but now she felt it was a great distance from the top step to her bedroom. The hall was in total darkness except for the thin slice of light coming through the space left in the partially open door. Three, two more steps and then she would be at her goal.
She came to an abrupt halt looking into the bedroom through the small opening, standing as if paralyzed; even her breathing seemed to have stopped. Her usual pale face moments ago looking lovely and glowing with the light of true love, had suddenly turned ashen matching the gray nubby knit sweater she was wearing. She stood as if turned to stone, her eyes fixed in her head and blinking as if belonging to a corpse. How could such a ghastly thing as this happen? Hadn’t she been through enough in her life to deserve some happiness? Those sounds, they were so frantic, relentless, almost desperate, how could this happen? She was screaming, screaming, but no sound burst forth from her tightly clamped lips, her teeth sinking into their softness, cutting small slits, blood trickling from each tiny incision, she had to get away, to get to someone who could help her.
She stood there for an eternity or was it only seconds. She had to make her feet move. She had to get out of here. With willpower born of desperation she forced one foot in front of the other as she slowly made her way back through the concealing blackness to the stairway. Familiarity was her only guide and the ice water running through her veins was her only incentive to add momentum to her careful step. She had to get out while she still could without being seen. Be careful, watch your step, she kept repeating in her horror numbed mind. Step over that step it squeaks, don’t step on that board, it pops. I must get out! She was within reach of the front door and escape. She had the cold, metal doorknob in her hand, she was turning it, the heavy door was coming open slowly, she was going to make it away from this nightmare. No one must ever know what she had seen, never know what she had heard, never know she had been there, then and only then would she be safe.

Thirty-year-old Lelia Snyder is devastated when her aunt Tressie dies after a battle with ALS; now she’s the last living member of her family, and she feels truly alone. Even so, she manages to find joy in starting her life over, thanks to the generous inheritance Tressie has left her.

Life only gets better for Lelia when she meets a blond Adonis named Jason Ferguson. The honeymoon is planned, and everything seems perfect—until Lelia discovers a shocking truth about Jason. She flees her home, driving frantically into a blinding winter blizzard and losing her way on a narrow mountain road. An avalanche of snow and rock then pushes her vehicle over the edge of a cliff, burying her in a grave of snow. But Lelia is not ready to die.

Trevor Howard rescues Lelia and cares for her in his mountain cabin. As she awakes in his bed and looks into his smoldering gray eyes, she knows the two will never part. When Leila and Trevor return home, they reach new heights in their sensuous discovery of each other—only to find the demons of death have stalked them from the their idyllic mountain retreat.

Eva Maxwell earned a bachelor of science degree in business administration and worked as a telemetry technician for many years. Maxwell now writes full-time and is working on a second novel. She and her family live in the mountains of upper east Tennessee.