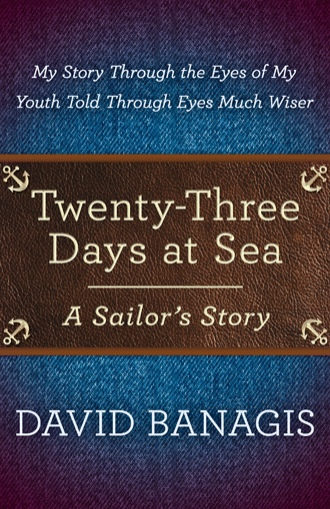 Everything about blimps was extra large in order to deal with them. The mules (tractors) used to guide them into position were huge. The tripod docking port was also huge, and the ultimate in size was the blimp hanger. Hangar #1 was large enough to accommodate four blimps and every other aircraft aboard the air station at the same time. It was said to have its own weather system, to which I can attest as I recollect days when conditions outside were bright and sunny, while wispy little clouds could be seen inside. How would I like to be in a blimp hangar during a hurricane? Well, that was one question I had not asked myself, but Mother Nature would provide the answer without me asking.

Hurricane in a Tin Can

Hurricane Donna marched up the Atlantic Coast, reaching New England on September 12, 1960. Since I had the duty on that day I would be a fixture in Hangar #1 and full of questions about what to expect from a hurricane. My first and most nagging question: What in the hell are we doing inside the hangar when it reportedly could only be counted on to withstand winds of up to 85 MPH and Hurricane Donna was packing winds of 115 MPH? I decided to never ask the question, but to simply ride it out like the rest of the duty section. I can only equate the experience as being in the world’s largest tin can while multitudes on the outside were trying to beat their way in. The scariest part was when large sections at the top would raise up and come crashing back into place. The noise was constant, and it was deafening. I was never so happy as when it was announced that the backside of the storm had passed over us and was continuing its trek to northern New England.

My story is of the inherent drama and humor that is common to military service wherever it occurs. I am not a hero, but I have been honored to know and serve with many heroes. My story captures the dynamic that exists whenever men and women work together to accomplish a mission and achieve a preparedness that conditions them to serve in any location and perform any duty in defense of the United States of America. My associations range from battle-hardened veterans to recruits fresh out of boot camp. Each is necessary to the other; the veteran’s example is vital in the teaching of the recruit, and the recruit is blessed to serve and learn under the veteran’s leadership. The military person works and trains hard and, when not doing those things, plays hard; my story is intended to capture how that happens.

Upon leaving a small Michigan farming community in 1959, David Banagis embarked on a twenty-year career in the US Navy. The early part of his career would see him assigned to duty involving blimps and being in Guantanamo Bay during the Cuban Missile Crisis; he was ultimately assigned to Naval Aviation and the Weekend Warriors.