A Story of Love and Betrayal 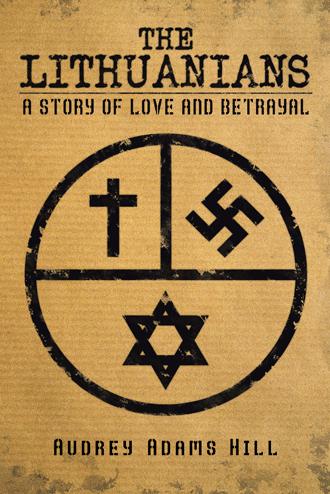 Today was a beautiful, perfect summer day Sophie thought; and as the natives would say, a sailor’s delight. She felt she should be experiencing a feeling of being the most fortunate woman on this planet. She had met and married a man whom adored her and was completely devoted to her and her daughter. Her home was complete with every amenity available. Several cars were at her disposal. She had no financial problems to deal with, unencumbered, and no restrictions on anything she wanted or needed. And she loved her husband. So why was she willing to destroy her life, to betray the man that had given her this life, who represented goodness, integrity. She had no answer, and the question would remain with her for the rest of her life.


She parked the car in the designated lot, a short walk to the pier. She saw him almost immediately. He was standing on the dock glancing over in her direction almost as if he anticipated her coming here.


He wore a pair of faded khaki shorts, a polo shirt the same blue as the color of his eyes, boat shoes, no socks. Balanced on his sun streaked hair atop of his head were sun glasses. He was holding a glass in his hand which later Sophie would learn was some special brand of ale that had been imported from Holland. And it appeared he was sporting a newly acquired tan compliments no doubt of the days of sailing around these waters. Her feet felt like blocks of something heavy, and she had to garnish all her strength to propel herself forward. She realized for the very first time how incredibly handsome he was and possessing an air of confidence perhaps acquired from the privilege of attending the best schools in the East. And he had a smile that dug into her very soul. And there was something else, an intangible that gave no explanation for her, a chemistry that perhaps was a gift from the Devil himself.


“I’m glad you are here! Welcome aboard! You look beautiful!”


Her heart was pounding so hard she wondered if he could hear it. She was terrified. The wise thing to do now was turn around and leave before she stepped into a place where there would be no return, no escape, and certainly be a one-way fare into Hell. And she knew that everyone who would be touched, like characters in a play, would have their lives drastically altered, or worse, destroyed.


Luke stepped down into the boat, held out his hand for her as she followed.


“You’re trembling. I’ll pour you a glass of wine”, and he motioned for her to sit on the sofa.


She nodded. “I feel a little warm.” He reached over to her and felt her forehead.


“I’m going to get you two aspirins, and I’ll wet a cold facecloth. Stay there. I’ll be right back.”


She took the water first with the aspirins, her hands still shaking. A breeze coming off the water rested on her face, and she started to feel a little better.


“I wasn’t really sure if you would come here today.”


“This is the most insane thing I have ever done in my entire life! You know as well as I do that we will not escape unpunished. The most difficult part for me is the betrayal to Viktor.”


“Did you think I planned this, to fall in love with you?”


“I am married to your father. He’s a fine, wonderful man, a good husband. And you, Luke, you have a wife, a beautiful wife, and a family. It’s not just me and you involved in this. Did you ever stop and think of all the people that will be hurt because of us? And for God’s sake you are his son! I do love your father, you may doubt, but I do love him. And I may never forgive you!”


He loved everything about her. Yes, she was beautiful but it went way beyond that. There was something sensual in the way she moved, the way she walked, her smile, a special style she owned, elegance and sophistication that could only be inherited. And when he thought of his father making love to her it made him completely mad. He would dwell on it, and he was powerless to let the vision go. He began to hate this man.


“You do not have to forgive me, but I will tell you without any hesitation that you will never regret it. I promise you, dear Sophie. I knew from the very first time I saw you that night at your party that one day we would be together. You remained constantly on my mind. And I won’t lie to you, I tried, I really tried to stay away from you, but I will never apologize to you, never.”


She listened and tried to form some words to answer, but she couldn’t. He had found a place where she had never been before, and now she had come to him willing knowing in her heart he could lead her wherever he desired.

The Lithuanians is a story of two brothers, Mikael a Roman Catholic priest, and Erik an officer in the Third Reich, and the extraordinary journey to find each other. It is also a love story between Mikael and Sophie a beautiful resistance fighter and Erik and Sara who find love on Half Way Island during the days of World War II and his commitment to find Sara after the war ended.

As the war ends Sophie moves to England to begin a life without Mikael. She eventually marries a man much older then she is, and they immigrate to the United States where she meets Lukas, the handsome son (a doctor) of her wealthy husband. Their torrid love affair is brief and ends tragically.
Michael, a Roman Catholic priest adopted by a couple in Lithuanian, and Erik, an officer in the Third Reich raised by a German couple, finally celebrate the reunion that had been denied to them for three decades.

Audrey Hill, retired, currently resides in Rhode Island. Her interest in the Second World War (and the Holocaust) really peaked during the years she lived in Germany when her husband served in the Army Signal Corps. Years later she joined a tour traveling in Poland and the itinerary included the infamous concentration camp, Auschwitz and also during a trip to Israel visited Yad Vashem. She had the opportunity to have traveled extensively to other countries and continents; her trips included Lithuanian and the Baltic States, Germany, and England the setting for her book. She indicated that many of the feelings taken from these places are incorporated and sprinkled throughout the book.