The Unseen: An Invisible Evil 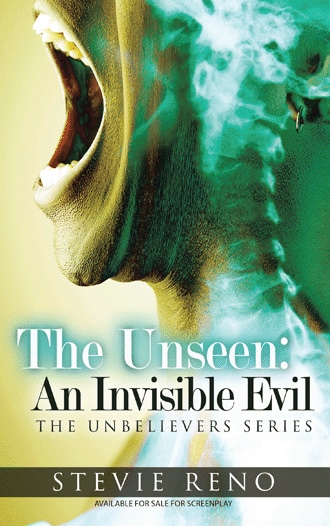 Red spirits appeared all around The Senator as he slowly waved at the crowd. To him, this crowd was not just a crowd; The people represented life, liberty, and the American

way. The Senator waved complacently, as his dedicated wife sat by his side, as they enjoyed what was to be his last conscious ride...

of what America was...and what a stronger America was to be. But most of all, he represented the little guy...and

the little guy knew it.

Red spirits of joy and happiness swarmed around the senator, for the last time...as three shots rang out; maybe more. For one split second, the crowd quieted; partly

In the wake...A CIA dead man. Red and blue spirits then swarmed his body. They also fought for his immortal existence. As for the senator, the red won the fight. His

spirit was in good hands. But...was there a shadow, in the fore ground? Was it another shooter? Unknown...Unseen? Did it really matter?

It all starts when three great men are murdered. Society goes into a downward spiral, and all of humanity is left guessing about the existence of true evil. No one wants to acknowledge the existence of Satan or consider that he might be a part of their lives, yet Satan is a very present force on earth. He’s always watching, and the disbelief of people only increases his power.

Talk show host T. Stevens decides to boost her ratings by discussing the notion of good and evil on her program. She does her homework first. She learns all she can about Satan, and she pulls in hundreds of listeners—people who desperately want to know if the devil has infiltrated their lives. But T. has no idea what she has set in motion.

She soon finds herself surrounded by mystery and deception. She worries she may now be the target of a supernatural battle, and she is right to be concerned. Demons fight for the souls of the living, and evil is winning—by a landslide. Is there hope for humanity, or will Satan’s final victory spell destruction and damnation for all mankind?

Stevie Reno was born in the Bermuda Triangle. As a child, he was obsessed with Alfred Hitchcock films and Agatha Christie novels. He now serves as an evangelist, operating a street ministry and charity. He and his wife, Tamara Cherez Boyd, have two children and live in North Carolina.