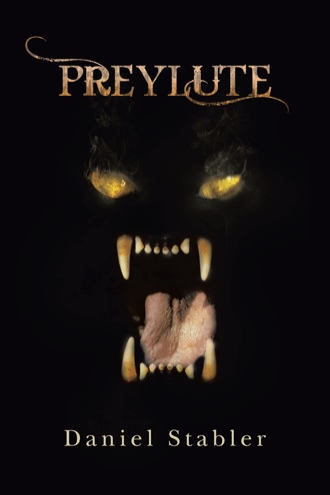 By the time I was sixteen I started to have horrible dreams of me changing into a demon and killing people, and drinking their blood. I thought it was Satan attacking me in my sleep.

In this world, there are beings who are more than humans—those who live in the shadows and thrive on blood and fear.

In the darkness, a battle rages between the vampires and their sworn enemies, the Preylutes, the abominations created when vampires breed with werewolves. The vampires consider the half-breeds to be a threat to their way of life and have vowed to destroy them all. The Preylutes in turn fight to defend themselves—but a Preylute named John, seeking neither to kill nor go to war, leaves home in search of others like himself.

Meanwhile, in the world of humans, one man bears a horrible destiny, unknown even to himself. Lucas, a businessman, finds his life ripped apart when he first transitions. Desperate for understanding, he fights a war of his own—with his own body and his fate. He is surrounded by people he loves, and yet the drive to slaughter is so strong that it may overwhelm him. He meets a young woman who is targeted by the vampires and vows to protect her. When Lucas encounters John, the two work together to put an end to the ongoing violence and horror. They take a stand to fight against both the vampires and the werewolves, to stop the bloodshed once and for all.

But are the hopes of two enough to change the future for all?

Daniel Stabler credits the Lord for his passion for writing and now feels that it would be wrong to not take advantage of the Lord’s gifts. Before leaving college to complete his first novel, he studied English. He lives in Fort Wayne, Indiana, his hometown.