Is That Your Cousin in the Closet? 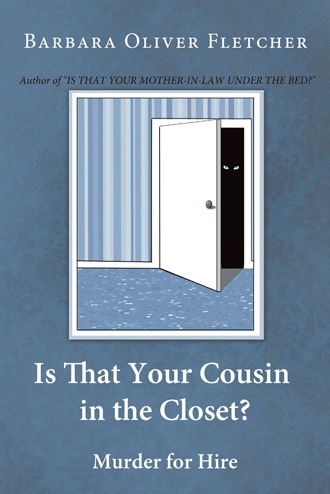 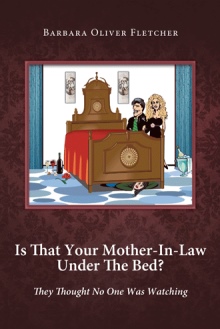 Is That Your Mother-In-Law Under The Bed?
Barbara Oliver Fletcher
$14.99

Sisters Edna Barnes and Edith Johnson are senior citizens who like to solve mysteries in their own questionable ways. As the widows arrive in Chicago and head to their office, they are more than ready to take on their first official case as licensed private investigators.

A short time later their cousin, Elmo Guardini, arrives in their office and asks the newly minted PIs to scrutinize the sleazy security guard who is dating his daughter. After Edna and Edith agree to take on the case and begin their surveillance operation, they find themselves once again immersed in an abundance of criminal activity. In a comical yet dangerous chain of events, the sisters soon find themselves being chased by thugs and taking on murderers, jewel thieves, and strippers—all while attempting to rescue two abused women and uncovering an illegal men’s organization. It’s just another day in the lives of Edna and Edith, a pair of crime-solving widows who never, ever do anything by the book.

In this lighthearted mystery, two elderly private investigators must follow a puzzling trail of clues that leads one of them straight into a coat closet.

Barbara Oliver Fletcher was born in Worcester, Massachusetts, and lived for sixteen years in Brookfield, Massachusetts. She is mother to six, grandmother to eleven, and great-grandmother to four. A retired travel agent, Barbara now resides in Half Moon Bay, California, where she enjoys photography and writing. This is the second book in a series. Visit her online at www.barbaraoliverfletcher.com.