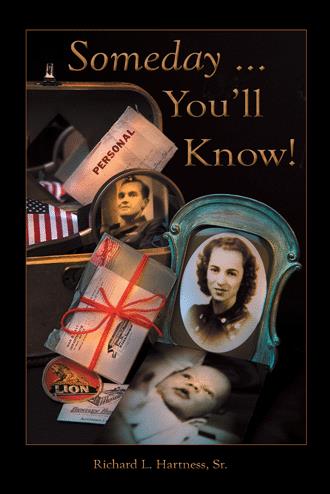 Returning to the Burke Place for family reunions from 1955 to 1966, Mom occasionally escaped the reality of her fuel clerk career at Wynne’s AHD District One headquarters. Along with her three sons and her luggage, she brought love, laughter, and the lighthearted, sometimes irreverent humor everyone expected. Her luggage often included a small 1950s yellow cardboard travel case trimmed on the top and bottom with brown leather binding. She called it her makeup kit. Worn out through time and use, its brown leather handle eventually broke off. So in the mid-1950s, I used my Boy Scout lanyard-making skill to plait a new one. Mom seemed very proud of it.
Around 2000 Mom’s health began to fail. My two younger brothers, Forrest and Michael, moved her from her 1110 East Hamilton Avenue home in Wynne to an assisted-living facility, owned by St. Bernard’s of Jonesboro. Proud, aging, and independent, Mom adjusted well. She did express the regret that a long life meant loss of family, friends, and co-workers who shared the same memories. Forrest and Michael would occasionally take her on short trips away from St. Bernard’s Village. I wondered if she were still using the old travel case.
During one early twenty-first century excursion to Tunica, Mississippi, with Forrest, she decided to take a break from the slots. Tripping on her stool’s leg, she fell to the floor. Returning to Jonesboro after a Forrest-assisted casino wheelchair ride, they entered the emergency wing of St. Bernard’s Hospital. X-rays revealed a broken hip. Surgery and rehabilitation in St. Bernard’s facilities followed the excitement in Tunica.
After several weeks in the rehab facility, Mom returned to St. Bernard’s Village. After this move, Forrest called and described a small piece of dated yellow and brown luggage carried by a plaited handle.
He explained: “Every time we move Mom, she asks about it. Richard, it’s locked. We think it might have something to do with you.”
I agreed, thanked him for the suggestion, but thought no more about it at the time.
Months after Mom’s transfer back to the Village, I went for a visit. Walking by the opened door to her room, I noticed she was not there. Atop a stack of boxes exposed by the partially opened, sliding closet door, there it was, the old makeup kit from years long ago.
Returning to the hallway, I stopped a scrubs-covered female employee. “Do you know where Mrs. Dick might be?”
“You might find her on the smoking porch.” Turning to continue down the hallway, she pointed toward a nearby glass wall with a door to the outside.
There was Mom, enjoying yet another nicotine break. She often reminded her health-conscious sons, that smoking was one of life’s little pleasures she could still enjoy. Mom seemed to be generating laughter from a couple of male residents and another smock-covered employee, while sharing one of her often-repeated jokes. After seeing her so involved, my selfish thoughts turned to the makeup kit, what long sought answers that might be within, and the opportunity at hand.
My paternal heritage had always been a mystery. Through the years, when I inquired, Mom’s quick, yet assuring reply was most often “Someday you’ll know!” By now, I was certain she meant to provide some sort of post-death revelation. However, the answers I sought might be closer and sooner than I had anticipated. Facing away from the large glass wall, she had not seen me. I quickly turned around and returned to her room.
Going to the closet, I gripped the brown lanyard handle and took the old travel case. As I left her room and walked the hall, my heart seemed to race. Guilt made me wonder, was someone watching? Returning to my car, I put the makeup kit into the trunk, before reentering the building. At the smoking porch door, I greeted Mom and her friends as if I had just arrived. We had a nice visit before I returned home to Mayflower.
Leaving Jonesboro, I needed to overcome the feeling created by what I had done. I called Forrest, and explained my dilemma. Confession brought a measure of relief. If Mom missed the makeup kit, he assured me he would make some excuse and call me. Within two hours, it would be back in Jonesboro. Moms debilitating dementia kept her from ever missing the luggage.
After returning home, I told Herbie what I had done and showed her the makeup kit. I asked her to allow me some quiet time alone in our back bedroom. She understood. I went in, sat back in my comfortable recliner, and focused on the small travel case resting on my lap. What was my next move?
Bowing my head, I voiced a short prayer, probably to justify what I was about to do. Then I opened the now-unlocked luggage. Inside was a sealed envelope. My brothers were right. Mom had written on the outside, “Personal-In event of my death, this is for Richard only.” What was I to do?
Mom was still very much alive, but I had gone this far. After another moment of personal reflection, I opened the envelope. Inside were four items: newspaper clippings, an envelope containing a number of pictures, a collection of obituaries, and letters dated from 1944 through 1947.

Many World War II veterans returned to the United States of America and wrote autobiographies and memoirs about their life adventures.

Gold Star children also wrote memories of their fathers, with some seeking to learn more about men who never returned home.

But children who were products of short-term affairs during this time often knew little about their fathers. This book describes Richard L. Hartness Sr.’s quest to learn more about his dad – as well as his mother’s plan to reveal his father’s name on her own timetable.

Growing up, the author felt that his mom’s husband was not his father. When he asked her about his dad, she replied, “He went off to war and never came back.” When he pressed her for more information, she’d say, “Someday, you’ll know.”

That day finally came for the author, and this memoir highlights his search for the truth along with his family’s riveting history.

Richard L. Hartness, Sr., Wynne, Arkansas, native while pursuing a 35- year career in supply chain management earned an MA in history. After retiring in 2006, he earned a second MA in heritage studies. He is a past charter president of both the Cross County and Mississippi County historical societies, and a past member of the Poinsett, St. Francis, and Faulkner county societies. He is a published author of books, booklets, and several journal articles on Arkansas topics, and is a public speaker. In 2012, the Cross County Chamber of Commerce chose him as Cross County’s Distinguished Citizen of the Year. Since 2012, he has been an adjunct professor of history for East Arkansas Community College.
A community activist, Hartness has served on the boards of several organizations, the most recent being the Arkansas Delta Byways, the AState Alumni Association, and the Friends of the Arkansas State Archives. Currently he is president of the Northeast Arkansas chapter of the Military Officers Association of America and commander of the Red Wolf Alumni Battalion at AState in Jonesboro, where he received a commission in the U.S. Army Corps of Engineers in 1967.
His scholarship in Russian history and geography of the USSR, enhanced with a top-secret clearance, and branch training in Military Intelligence, helped earn him an assignment as the Order of Battle officer at V Corps G2 in Frankfurt/Main, Federal Republic of Germany, just before the 1968 Warsaw Pact invasion of Czechoslovakia. For his performance during those tense days, he received an Army Commendation Medal.
Inspiration behind his personal advocacy for Arkansas topics initially came from listening to his maternal grandmother describe her family photograph collection. This was enhanced through fifty-eight years of curiosity about who his soldier-father was – the subject of this current endeavor. Richard and his wife, Herberta, are currently living in Jonesboro.