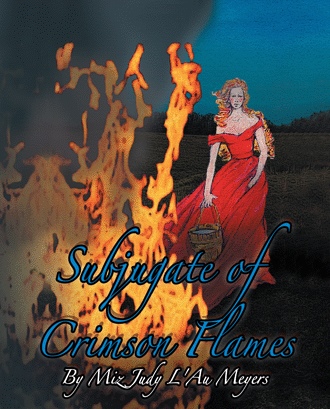 I started to write this Volume, in the summer of July, ~1988, when stories from my own ancestors, and many friends of the South, had been telling us about the Revolution and Civil War. I was intrigued, When introduced to the families of the deceased, and that was former slaves. These families spent time with me sharing, what it was like growing up around Plantations. I couldn't fathom, the The hard work they have done-to survive, without the means, of modern Equipment, like we have today, living on farms. My husband a farmer, was working on the sideline, helping to fix up homes, for the low income folks dwell in. When he introduced to me, one day too, Lewit Worthy, Pearl Morrison, and Oliver Jones, that had with their ancestors, many years toiled in the Southern States. Later in life moved families to Ohio.

Most of these families, grandparents, and parents, had been owned by 'Masters' on their own plantations. One day...each slave family was Set free~Only they decided to continue working, in order to buy the Land they lived on. They told how the greed of some men, whom were cruel, and so hateful, more or less was shoving the Slaves, as far from the land as possible. They had often talked, about the land that was theirs, but no way to claim it back. “I am positive God has now, in heaven, given to these folks, a new Heavenly Mansion to live in.” Many tears were wiped from their eyes, while telling me their stories.
This book, was not put on paper lightly. I knew in order to make it, come forth alive, it had to be researched, and at the same time, fictional characters, portrayed, respectfully~ to fit the real person whom they really were. This book dared not, look, nor read like a History Book. It had to become alive, for the reader, to feel they were right there, and back in the time, when the same stories were told to me.

Taking 2,000 or more pages, of interviews , this book was birthed. Its beginning is with a Family, known as the Demyle's, whom are opulent and Prominent folks, that own plantations, with hundreds of slaves that later are set free. The chapters go through Heartaches, Romance, Murders, Court Trials, Mystery of the Crept, and conspiracy. It will keep you sitting on the edge of your seat for hours.

The novel is based on real-life characters (which have been changed to protect the innocent, living and deceased). It's a saga of the time during the Revolution and the Civil War era, which is now a real-life drama. The reader will be, throughout the pages, living with us in suspense, mystery, romance, courtroom cases, murders, and agonizing moments to the innocent, and during slavery times, with plantations and owners, in treacherous turmoil. The entire novel is based on real-life stories, as they were shared with me.

Miz Judy is an artist and a writer. She has taught classes in schools and in her own home studio with private lessons. She started a writing career from age twelve, which was the same time she stepped into the ministry for the Lord’s work, preaching and doing seminars. With her career of writing for churches, Sunday school, and college literature, using her own art, she has ghosted books for other writers and narrated them as well. At age fourteen, she started a seamstress class, known as “The Silhouette of Fashions.” It's a dress design school, using her own models for stage shows and drama. Along the way, she made one-of-a-kind gowns for weddings and evening wear. She found it fun to be drafting and tailoring men’s and boys' tuxedos. She received a scholarship, helping with another drafting school, and working on their catalogs, and designing garment drafts, while teaching students to sew. She says she is “a patchwork of self-taught education.” But since she retired, she prefers writing.