My Life and Other Unfinished Business 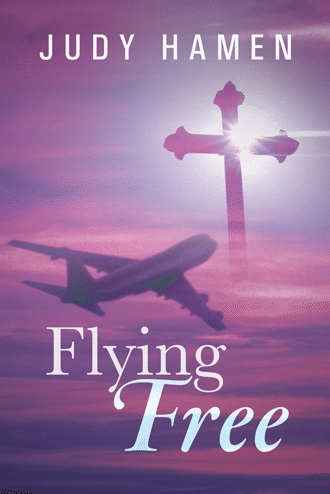 After my Mother’s death in December, 1946, I remember asking my Dad if I could go to the funeral and he said “No, because it was two weeks ago”. That is how I know that I was not allowed to attend the funeral. I also remember Dad making oyster stew and having people over to play cards. I don’t know if that memory is before or after my Mother’s death but I think it was after she was gone. These are the only fragmented thoughts that I can remember about her death.
The time has come for me to write the story of my Mother’s death. I had always been told that she died from typhoid fever. That is what I always thought until one day, my Dad told me the truth.
Don’t Ever Give Up Hope
She died from typhoid fever in 1946. That is what I was always told. It was not really a lie, not really.
Fast forward to 1972 - my Dad was battling the ill effects from a life spent with his friend, Lucky Strikes, which were non-filtered cigarettes and probably are the reason I don’t smoke to this day. All it took was one ‘try’ at smoking those unfiltered cigarettes and that was the end of that. (Remember all the advertisements that touted LSMFT, Lucky Strike Means Fine Tobacco! It must have been a wing ding of a campaign for all of us to still remember the slogan.)
Ken, Kelly, Craig and I lived in Minnesota but traveled back to Huron, South Dakota as often as we could because Dad was so ill. I was 32 years old. Kelly was 5 and Craig was 2 years old. On one of the trips, Dad indicated that he wanted to discuss something with me and that I should sit down. What he was about to tell me was truly worthy of sitting down.
He said that he needed to tell me something because I was the oldest of three children and when he was gone, he wanted to make sure that someone knew the truth. This made me wonder what was coming next.
Here is what he told me: “I need to talk to you about your Mother and how she died. What do you know about that?”
I replied, “She died from typhoid fever in the days before penicillin. I know that I was almost six years old, Vicki was 18 months old and Eddie was 2 weeks old when she died. Eddie was born on November 15, 1946 and she died on December 4, 1946. I turned 6 on December 11, 1946.”
“I am surprised that you never heard the truth,” he continued. “Everyone in town knew the truth. I was wondering if that might be the case, so I want to tell you what is weighing heavily on my mind. I am telling you because you are the oldest and it is up to you if you want to share it with your brother and sister.”
“Here is the rest of the story,” he began, “Your mother contracted typhoid fever and was sick with it during her pregnancy with Eddie. She seemed to have gotten over the effects of typhoid fever before delivering Eddie but was told that she was a ‘carrier’ like Typhoid Mary. That meant that she no longer had the disease but that she could give it. She had been diagnosed as being a ‘carrier’ like Typhoid Mary but no longer manifested the disease in her own life. In other words, she no longer had typhoid fever; however she could give it to others that she came in contact with.”
“This was either in the early days of penicillin or it was not yet known that penicillin could cure it, so when she came home from the hospital after having the baby, it was to an empty house because the doctors did not want you three children exposed to Typhoid Fever since there was no cure and many people died from it. You could catch it from sitting on a toilet seat or drinking out of a glass that the carrier had used. You three kids were at Grace and Ralph Peterson’s house, good friends of ours, even her new baby was gone.”
“This was devastating to her. She must have had the ‘baby blues’ but things like that were not readily diagnosed in those days. Her Mother was taking care of her and was not to leave her alone because she was so despondent. However, the telephone rang downstairs (your Mom was upstairs where we lived at the time) and Grandma went down to answer it.”
“In just that small amount of time, your Mom was able to use the gas on the stove to commit suicide. I thought you knew because everyone in town knew.”

Then, he said something to me that I cannot repeat to this day without choking up. “The most important thing that I want you to know is that she took her life not because she didn’t love you. She did it because she did”.

This was shocking to me because I had never had a clue what the true story was. I just accepted the blanket explanation that she died from typhoid fever. So, you see, it was not really a lie.
Dad also said that penicillin was used to cure people of typhoid fever the next year. She was only 24 years old when she died.

Judy Hamen was born in a hospital in South Dakota just before the start of World War II, when gas was eleven cents a gallon and the average life expectancy for a woman was sixty-five. As she grew into an energetic five-year-old, Judy had no idea that just days before her sixth birthday, she would become motherless—an event that would change the course of her life forever.

In her poignant memoir, Hamen details what it was like to grow up without a mother during a chaotic time in American history. Originally told her mother died from typhoid fever, Hamen discloses how it would not be until some twenty-five years later that she would learn the truth about her mother’s death. As she shares her journey into womanhood, Hamen provides a glimpse into her unique life story—migrating to Minnesota in the 1950s, marrying at eighteen, and embarking on a diverse career that takes her from a secretarial job at a Ford dealership to Northwest Airlines, for which she trained airline mechanics in foreign countries. Included are illustrations and letters that bring her story to life and document important events.

Judy Hamen, a long-time resident of the twin cities in Minnesota, is retired from Northwest Airlines. She is active in her church and enjoys colored-pencil art, making greeting cards, scrapbooking, singing, and studying the Bible. Judy and her husband, Ken, have two children and live in Inver Grove Heights, Minnesota.