Meeting & Finding Your Other Half, Finally. 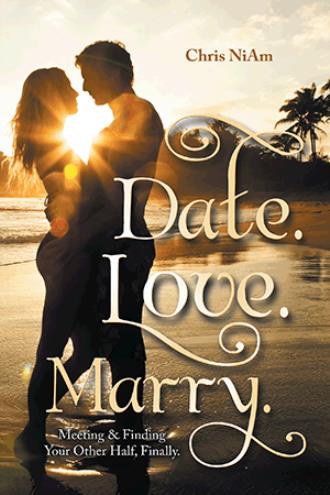 From my first year until graduation, my relationship with Aaron was similar to most of my college or university dates, from my first year until graduation. We started talking while taking an elective course together. He said hi to me and asked if I could share my notes for the previous week that he missed, and I said yes. After making copies, he thanked me, saying he liked my accent and wanted to share a cup of coffee or drinks whenever we had time. He wanted us to exchange numbers. I was reluctant because I had a hunch, he wanted more from me than just friendship. “Maybe next time we meet because I'm in a hurry right now. Going for a bite before my next class,” I said. “Can I join you now? Briefly?” he responded instantly. “As in a date?” I replied, trying to smile at my choice of words. "Yes, kind of like that," he said cautiously. “Any interest?” I hesitated before answering: “I don't have much free time,” I said honestly, but it didn't stop him from asking, even though he was also between classes. I knew he wanted to go out with me from his persistence, however irregular or fragmented our separate schedules might be. “You have to eat,” he pointed out to me, “and from what I can see, you'd be cheap to feed. You don't eat much.”" He is associating being slim with starvation, I thought. However, I don't mind talking and getting to know him. I laughed at what he said and relaxed my demeanor. "Sure. Maybe. I guess. Why not?" "I wouldn't call that a vastly enthusiastic response, but it'll do." He smiled at me. "I just hesitate to go out with anyone right now. You know, I have a hectic schedule, that's why. Every time I plan, I must cancel. I juggle classes and a co-op that is sometimes virtual, as part of my program. I'm on standby sometimes, and they yank me in, and I must leave before the food comes. It pisses normal people off. And it gets old fast. How sexy is that?" I lamented, with the hope he understands and doesn't take it personally. He thinks I'm a beautiful, intelligent woman and seems determined to go out with me from how he sounds and looks at me. I believe he likes everything about me and has a crazy feeling that we're meant for each other. I think he has never met a woman he likes as much. All these thoughts were going through my head as our eyes kept feasting on each other, trying to figure out our head or heart intentions. "I get it. I'm busy too, but I can't help wanting to meet you so badly. Maybe our lives were meant to cross each other. If true, you won't regret it," Aaron said hopefully. "Maybe not," I said frankly, "if I give us a chance." "So, you're going to take a vow of chastity?" I grinned at what he said. "No. But I hate disappointing people, and I always do. And dating is so much work." "Dinner is easy. We can meet for as long or as short a time as your heart desires." He looked as though he meant it, and I smiled. He was making it easy for me and hard to refuse. And I liked him too. I couldn't see into the future, but I liked the idea of having dinner with him a lot more than some of my recent dinners with a guy that thought he was God's gift to women because he's a part-time model and stage actor. At least we're taking a course in common, and we both have crazy schedules. “Okay,” I agreed. “Dinner sounds good. It’s a deal.” “How about Friday or Saturday? Someone screwed up the schedule and gave me the weekend off.” He stated, laughing. “Lucky you. I’m working Friday and free Saturday. We could give it a shot.” I replied. “Perfect.” His whole face glowing. We exchanged cell phone numbers just as I was receiving a text message. I glanced at him regretfully and told him I must go now and asked him to give me a call anytime. Glad we were able to establish a reasonable basis for a friendship or anything else that happened. It had been a pleasant exchange, and I felt surprisingly more comfortable with him than with most men I meet on campus. I don’t like the games you have to play and that most men seem to expect on a “date.” I’m not flirtatious and often say what I mean, which frightens many men. 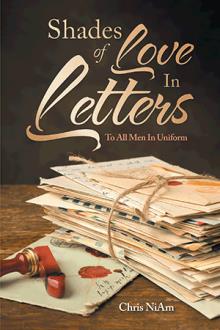 The story is about a young lady, Marie, in her desperate search for love in the wrong places and with the wrong guys whose preference is in playing the field, rather than building a serious relationship. To find love, she had to pay a heavy price, going from fantasyland to hellish pain and heartaches. Engaging in hitching up, and being ditched by slippery slope no-good men within and outside her college neighborhood. The beauty of her story is that she inexplicably found her dream man when she least expected it. Her best friend and former roommate, Elisa, was finally sick of watching her going from one bad apple to another and decided to literally take the bull by the horns and introduce her to her fiancé’s boss, Greg. An all-around, successful, wholesome, and compassionate young man who took her into his arms, loved and proposed to her, and eventually married her. The pages of this book would take the reader through her love life, her persistence and zeal to find love, her pain and pleasures in searching for passionate loving relationships, and her final transformation into a fabulous, and nurturing woman in the quest for continuous growth and development. A determination to love and cherish herself, her romantic husband, and her children. The take-away for people like herself would be to view her story as a GPS and use bits of her experiences as a road map in navigating detours and anguish in love relationships. Marie’s recipe is not perfect for everybody, but it worked magic for her. The only way to find out is by checking out the pages and seeing for oneself. If nothing else, enjoy her heart-warming pleasurable story and share it with your fellow feministic divas and their lovers.

The author is a retired teacher that enjoys hiking, photography, reading, and spending time with friends and family.