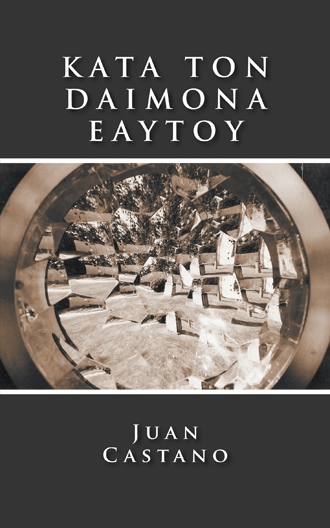 In these modern times, Castano believes, there should be a change in the mentality of people, a new revival and a rediscovering of our principles. His writing shows a discomfort with our society and he praises the great minds that have seen a future in the elegancy of poetry; the perception of our world is just a step away from the old conception of nature. When we learn to live with nature, we will learn to live with ourselves. The concept of Kata Ton Daimona Eaytoy is interpreted by Castano as a force that pushes the boundaries to a limit, to conceive a new reality... just like some philosophers, poets and other artist have done though centuries. Castano shows in his writings a style of decadence, that is not to be confused with depression but a force that provides the impetus, for a transition between our facts and the destruction of these to create a new consciousness. “You have to stay in a constant state of revolution in order to survive”. 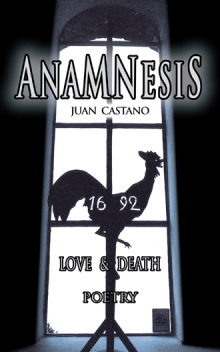 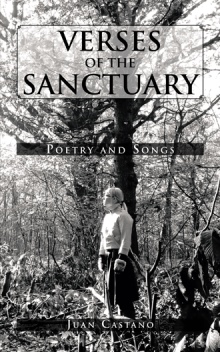 VERSES OF THE SANCTUARY
JUAN CASTANO
$18.81

Kata ton daimona eaytoy (κατά ton δαίμονα εαυτού) is a phrase from the ancient Greek, a concept embraced by the stoicism that can be interpreted in many ways in the modern day. This philosophy is best perceived in the culture of Fin de siècle, which lasted from 1880s till around 1890s. It was considered a period of degeneration but also a period for a new beginning. The transition between a fact and the destruction of it to create a new reality. The term Fin de siècle is commonly applied to the French artists, but it also represents globally the “end of an era” and the beginning of a new one. Castano’s dark poetry aims to achieve this concept, showing that even beauty has a dark side, in a hopeful attempt to make us appreciate it even more. When we know the whole of our reality, we know better what we have.

Juan Castano is a British writer and author of Anamnesis and Verses of the Sanctuary. Castano has a strong approach to what he calls dark poetry, which is inspired by Fin de siècle culture, which originated around 1880s and which has also inpired this collection. Included are photography and graphic designs also by Juan Castano. He lives in London with his fiancée and children.