The Good News of the Kingdom for a Modern World 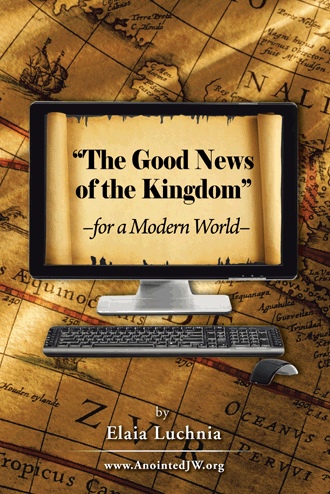 Chapter 8 WHY DOES GOD ALLOW EVIL AND SUFFERING? 1.The question of why God permits evil and suffering is a question of the ages. Early in our development, mankind wondered how evil and suffering could exist in a world created by a perfect God. In answer to that question, we were given a simplified explanation that satisfied early man. However, when Jesus appeared on earth, his ministry created a new dilemma. He explained that our God is not only perfect, but He is a God of Love, even the very personification of love. (1 John 4:8) And if He is love, He is pure goodness. Consequently, the elementary doctrines given to man in his early stage of development are no longer satisfactory to modern thinking man, especially to the faith sons of God who are developing spiritual vision and insight. We are now faced with the challenge of harmonizing a God of Love with the reality of evil and suffering. 2.Yet such a harmonizing is not difficult. But it does require that we first understand what evil is, and how evil differs from sin and iniquity. When we have reached that plateau of understanding, the eternal purpose of the Father becomes sharper and clearer in our minds. Our self dignity is elevated and we find peace in our temporal existence on earth. God is love. (1 John 4:8) God is good. (Luke 18:19) And man is His most prized possession. “For God loved the world so much that he gave his only begotten Son, in order that everyone exercising faith in him might not be destroyed but have everlasting life.” – John 3:16 How Evil Began 3.In order to answer this question, we must first define evil, sin and iniquity. We know that our definition might be different from what one has heretofore understood. But if you are patient with our explanation, you will understand why we defined these three terms as we do. 4.“Evil” is the unconscious or unintended transgression of divine law, the Father’s will. It is the measure of the imperfection of obedience to the Father’s will. 5.“Sin” is the conscious, knowing and deliberate transgression of divine law, the Father’s will. It is the measure of our unwillingness to be divinely led and spiritually directed. 6.“Iniquity” is the willful, determined, and persistent transgression of the divine law, the Father’s will. It is the measure of the continued rejection of the Father’s loving plan of survival and the Son’s merciful ministry of salvation. 7.They are related in this way: evil unchecked leads to sin, and persistent sin eventuates in iniquity. We can illustrate it this way: It is the Father’s will that a man stick to his wife and they become one flesh. “However, from [the] beginning of creation ‘He made them male and female. On this account a man will leave his father and mother, and the two will be one flesh’; so that they are no longer two, but one flesh. Therefore what God yoked together let no man put apart.” – Mark 10:6-9 8.If a married man begins to desire another woman, he has turned away from the divine will. This would constitute an evil act. He has not committed the conscious deliberate act of adultery, but he has nevertheless transgressed the divine will by refusing to be led by the spirit which tells him to desire only his wife. Evil is considered unconscious and unintentional in that no predetermined overt act has been committed. Evil is more of a mental turning away from what ones knows to be good and right. 9.If that married man continues in his evil course, he will eventually commit the sin of adultery – the deliberate, conscious, overt act. And if he continues in his adulterous activities, he will have become guilty of iniquity – the continued rejection of the divine will as regards his marriage. – which leads to death. James aptly described this process: “When under trial, let no one say: ‘I am being tried by God.’ For with evil things God cannot be tried nor does he himself try anyone. But each one is tried by being drawn out and enticed by his own desire. Then the desire, when it has become fertile, gives birth to sin; in turn, sin, when it has been accomplished, brings forth death.” – James 1:13-15 10.Note that evil (having an unrighteous desire) is not sin, and it can exist without ever sinning. So can iniquity. In other words, persistent evil can result in iniquity, even without committing the sin. Evil is the immature choosing and the unthinking misstep of those who resist goodness and who are disloyal to truth. Evil is the misadaptation of immaturity or the disruptive and distorting influence of ignorance. Evil is the inevitable darkness which follows upon the heels of the unwise rejection of light. Evil is that which is dark and untrue, and which, when consciously embraced and willfully endorsed, becomes sin. 11.Now that we have defined evil, we can better explain its origin. 12.Mankind has always been bothered with the question of why an all wise Creator permits evil and sin. They fail to comprehend that evil is inevitable if man is to be truly free. Man's ability to choose good or evil is a universe reality. This liberty to choose for oneself is an endowment of the Father, and no creation in heaven or on earth has the right to deprive any one of us this divinely bestowed liberty. 13.Evil, therefore, is the inherent tendency of the physical world. While evil does not have to exist, the potential for evil must exist if mankind is to have free will – the ability to choose good or evil. How can man choose to do the divine will unless the ability to reject the divine will is present? How can man choose to be faithful, unless the ability to be unfaithful exists? How can man choose to do good, unless the potential for evil exists? 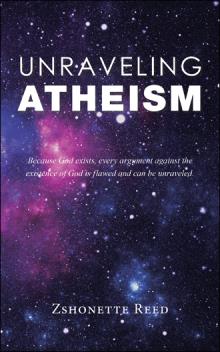 Nearly 2000 years ago, the Good News of the Kingdom began to be preached throughout the Mediterranean by a carpenter’s son, Jesus of Nazareth. His teachings restored dignity and religious freedom to all who heeded his message of hope. However, within 400 years, Christianity had lost its way and reverted back to the old ways of clergy/laity distinctions. Ecclesiastical authority brought divisions and sects, and pitted Christian against Christian. The individual disciple lost his spiritual autonomy and was relegated to a position of servitude to a church rather than as a dynamic free son of God. As a result, the Good News as Jesus conceived it has to a large extent been submerged under so much dogma. Christianity today languishes for lack of a new vision of Jesus’ life and the religion that he practiced. Modern man will refuse to accept a religion which is inconsistent with known facts and out of harmony with his highest conceptions of truth, beauty, and goodness. He will not acquiesce to a religion based on supers-titious bondage and religious fear. Therefore, what is needed is a new revelation of Jesus’ life illuminated with a new understanding of his Good News of eternal salvation. The purpose of this book is to reintroduce Jesus to mankind. The world needs new leaders, spiritual men and women who will dare to depend solely on Jesus and his incomparable teachings. Until then, worldwide harmony will continue to be the illusive dream of a hopeful minority instead of the tangible reality of a God-knowing human race. And when this Good News is preached in all the inhabited earth, the end of wickedness, sorrow, distress, and anguish will come. (Matthew 24:14)

“Elaia Luchnia” are the authors of this book and the publishers of the website www.AnointedJW.org. We began our ministry in January 2012 with the purpose of uplifting the spiritual conversation worldwide and reintroducing the actual, authentic, plain and open teachings of Jesus Christ. We seek no followers, nor are we attempting to establish a new sect of Christianity. We believe there are enough Christians sects, but not enough spirit-led Christians. We are doing our part to change that.