A Collection of Commentaries to Get Us Talking 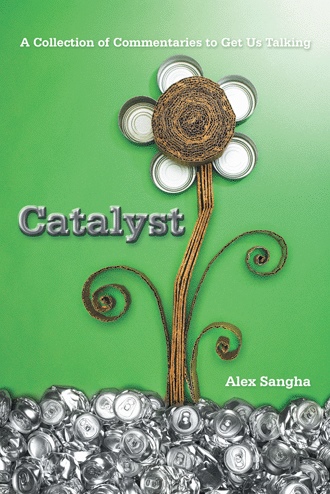 “How wonderful it is that nobody need wait a single


moment before starting to improve the world.”

The world as we know it has undergone dramatic changes over the last couple of decades –widespread advances in the field of technology and communications, economic upheavals that have pushed certain countries into the limelight and have devastated others, and unfettered fanaticism, which has given religion a whole new meaning.

From it all rises new challenges. Students face an uncertain future, where the Internet, global warming, economic recession and a lack of spirituality all vie for their undivided attention. Families have to make daily decisions and sacrifices based on the current political and economic climate. Corporations, which once governed unquestioned, now have to answer to the common man. Religion has entered a new dimension thanks to organizations like Al Qaida. And sexuality, which was once boxed and defined, has now broken free of its shackles and demands its recognized place in society.

So many changes in so short a time! This is only the tip of the iceberg. No wonder we’ve seen such a dramatic spike in social chaos. Disruption in one part of the world will have consequences in another part. The growing disparity between the rich and poor has still to be addressed successfully. And conflicts and tensions, to which we might not contribute directly, but are nonetheless effected by, continue to exist.

While our governments continue to pour money into the military, defence, and fighting wars all over the world, where are the resources to help the citizens understand and adjust to our rapidly changing world?

This book is a testament to where we are moving as a country and as a society. Our values, goals, and beliefs as a people will decide our future outcome. Catalyst is a thought-provoking guide that encourages you to think about whom we really are, what our place in society is, and what kind of future we want for our families and our children.

It is necessary to take a closer look at the changing world of the 21st century. We must all become the Catalyst to lead and inspire humanity to bring hope for a brighter and a more secure future. 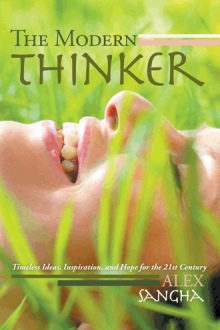 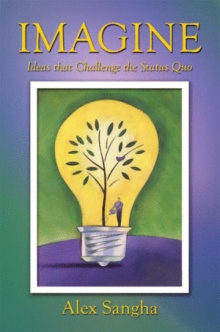 “Alex Sangha has an impressively broad range of knowledge on issues that affect the world, and challenges problems that most people have come to accept. Sangha doesn’t just point out the troubles in this world, but thinks of bold solutions for them.”

Alex Sangha has produced a critical, yet positive, book that covers a range of topics, from environmental conservation to reconciling religion and sexuality to depression and arranged marriage. He believes every person should be informed and should have their say on subjects that matter.


Catalyst is a collection of 40 short commentaries about problems facing Canada and the world in the 21st century. It is filled with topics for social discussion for the informed citizen, as well as for parents and teachers who want to get young adults thinking critically about the world around them.


Catalyst is an excellent conversation starter. Each article includes questions for the reader, which can be a great springboard for critical discussion.

“Alex writes clearly, concisely and with a non-judgmental view point. Alex is clearly a world citizen who disseminates on a wide variety of issues with amazing clarity. His refreshing views on a wide range of subjects are written with elegance and a light touch that does not cloud the issues.”

Alex Sangha is an award-winning social worker and human rights activist who lives and works in the Metro Vancouver area of BC. Sangha has advocated for marginalized people including those with mental illness, South Asian immigrants, and gays and lesbians. Sangha is always interested in meeting new people, developing new friendships and relationships, and learning new things. He believes anyone can help bring about social change and make a difference in someone's life; all it takes is effort.


Sangha was born in England, raised in Canada, and is of Indian descent. It is therefore no surprise that he feels like a product of the British Empire. Sangha completed a Bachelor of Social Work at the University of British Columbia, a Master in Public Administration and Public Policy from the London School of Economics, as well as a Master of Social Work from Dalhousie University. Sangha is currently the driving force behind the Dignity House project, which aims to provide affordable housing for vulnerable seniors in Vancouver.