A Leader’s Playbook For Earning Your Stripes Part I 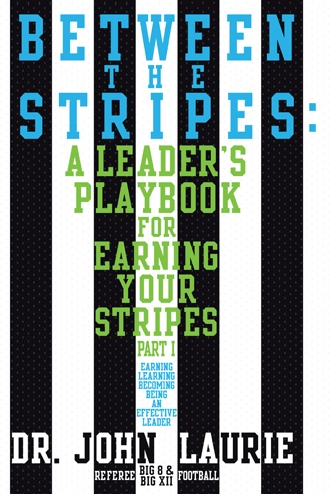 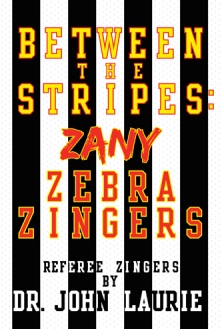 BETWEEN THE STRIPES
John Laurie
$23.95 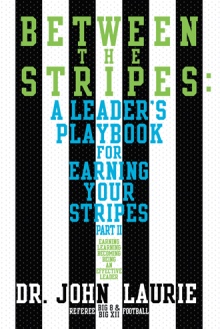 This book has obviously been written for those who officiate, umpire, referee and judge sporting events. It has also been purposely designed for leaders in business, other professions and avocations to encourage “thinking outside the box” while establishing, reviewing or modifying their philosophy of leadership. If you look at this book only as through the eyes of a sports official, the “covers” may be too far apart…so read between the lines! Hopefully this book will help trap you into doing your own thinking for developing, re-thinking or re-framing your own leadership style. In other words, the author is challenging you to personalize your own style of leadership and make it work for you. The author also believes that many of you will be more focused in your philosophy of leadership and rewarded if you apply some of these thoughts and concepts to your own life style.

John Laurie, Ph.D. has been an educator for 40 years. He has been recognized as an innovative high school principal in Topeka, Kansas; Springfield, Missouri; Shawnee Mission, Kansas, and Blue Valley, Overland Park, Kansas. He was also an Associate Professor at Emporia State University, Emporia, Kansas and Baker University, Baldwin, Kansas. He is presently retired. He was honored as “Missouri High School Principal of the Year” and received the “Alumni Fellow Award from the College of Education” from Kansas State University. Laurie received his B.S. and Ph.D. degrees from Kansas State University and his Masters Degree from the University of Colorado. He developed a block schedule for high schools that is used in over 4000 schools (The Hillcrest Plan), as well as many of our department of Defense Schools worldwide. He has presented on this topic in 37 states and in Panama, Japan, Belgium, Australia and Germany. His officiating career spans over 40 years. He has officiated Kansas state high school football and basketball championships at every level. Laurie officiated small college football and basketball for over 20 years. He was a referee in the Big 8 Conference for 13 years, 11 years in the Big XII Conference and Replay Official for the Big XII Conference for three years. He was also president of both Big 8 and Big XII Football Associations. Laurie officiated as a referee at numerous conference championships as well as the following Bowl games: Rose Bowl (2), Sugar Bowl, Fiesta Bowl, Peach Bowl (2), Coca-Cola Bowl (Japan), Sun Bowl, Cotton Bowl, Aloha Bowl and Mobile Bowl. He is also the author of the following books: MANAGING THE GAME, WHY I DON’T BOO OFFICIALS and BETWEEN THE STRIPES: ZANY ZEBRA ZINGERS. Following BETWEEN THE STRIPES: A LEADER’S PLAYBOOK FOR EARNING YOUR STRIPES PART I, PART II will be available prior to the fall football season.