The Foundations of Judaism, Christianity and Islam 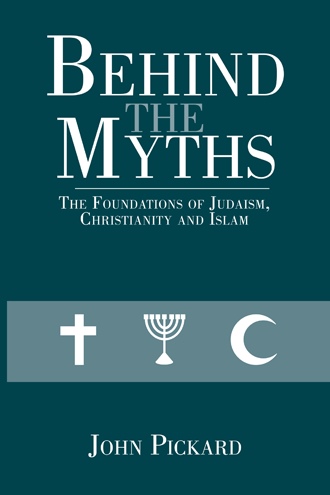 There has never been a more important time for a study of the social, economic, and political origins of Judaism, Christianity, and Islam, the three important world religions that share a common root. This book adopts a Marxist, that is a materialist, view of human development, so it takes as its starting point the idea that gods, angels, miracles, and other supernatural phenomena do not exist in the real world and therefore cannot be taken as explanations for the origin and rise of these faiths. It looks instead at the material conditions at appropriate periods in antiquity and the social and economic forces that were at work, to outline the real foundations of these three doctrines. In doing so, it challenges the historicity of key figures like Moses, Jesus, and Mohammed. This is a unique book that draws on the research, knowledge, and expertise of hundreds of historians, archaeologists, and scholars to create a new synthesis that is both coherent and completely based on a materialist world outlook. It is a book written by an unbeliever for other unbelievers as a contribution to a discussion among atheists and secularists as to the real origins of the so-called Abramic faiths. It will be a revelatory read, even to those already firmly of an atheist or secularist persuasion, underpinning their nonreligious views, and it will provide a valuable resource for all those who might be coming to question the hold that organized religion has had on human society.

John Pickard has been a lifelong socialist and activist for most of his adult life. Apart from working as a research scientist in the pharmaceutical industry and as a high school teacher of science, he spent sixteen years working as a full-time journalist for the British Marxist newspaper Militant. During that time, he was managing editor of the newspaper in its best years, in the early 1980s, during the miners’ strike and the struggle of Liverpool City council against the then conservative government of Margaret Thatcher. Behind the Myths: The Foundations of Judaism, Christianity, and Islam was inspired initially by Karl Kautsky’s book, The Foundations of Christianity (1908) although it seeks to update and broaden the scope of the work. This book is the fruit of ten years of research and study of all the current literature on the topic, looking at historical works through the critical lens of a Marxist worldview.