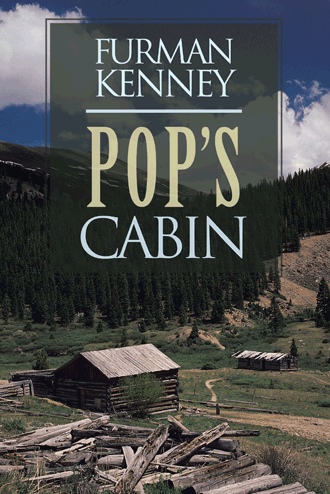 "They both paused in their search for Pop's will and stood looking out the back door of the little house. Arthur said in a hushed voice, "Now that's what I call a million dollar view! Just look at that mountain side. There seems to hang over it a blue haze. Guess that's why they call it the 'Blue Ridge Mountain' or 'Mountains'. " ********** "What on earth is the meaning of those stealthy actions out there? I can't figure out what they are up to." "Now it looks as if they were walking up the hill behind the cabin.: :There doesn't appear to be any cars parked out in front of the cabin." "Say, do you suppose they drove from the road a half mile up the way into the adjoining property and drove up the hill through it to that gap or crude gate in the fence between it and Pop's property and then walked down here. Maybe they did that so that the noise of the vehicle wouldn't awaken us." "It's so dark that I can no longer see them." "Let's keep cool and not give away the fact that we saw them." "I'm wide awake now due to worry, so I'll keep watch out the window for a couple or three hours. Then I shall awaken you, and you can stand watch." "That sounds like a good idea. I'll get back into my bed roll and count some more sheep .....or lurking men." ********* "The two of them stood with their gaze firmly fixed on those jars of what they presumed to be "moon shine" liquor. "Just to make sure that is 'white lightening' in those jars, I'm going to put it to the taste test," said Jim. He reached over and picked up one of the jars and unscrewed the lid. Then he stuck his finger into the liquid and licked it. "Yep, that's pure 'white lightening'." ********** Hardly had he finished printing the form for tomorrow's signing, when they heard an automobile coming to a screeching halt in the front yard. Shortly they heard some one banging on the front door of the cabin. Jim opened the door to find an angry red faced man standing there. He was immediately recognized as being Sheriff Allison. "And to what do we owe the honor of your presence today?" asked Arthur. "You know very well why I am here. I'm telling you to 'knock it off'! Stop your letter writing to the newspapers in which you are telling lies against me!" "I believe that the definition of 'lie' is that it is an 'untruth'. What we have written is backed up by facts. You know that to be true if you will be honest with yourself." "I don't know any such thing!" the sheriff yelled. "Remember, we have seen you in association with law breakers. Instead of arresting them for breaking the law, you have openly stated that you would not come to our rescue when Mr. Montaine/Cockrell/Johnson or whatever his name might be and his hirelings might be, have been openly firing their weapons at us or at least at the cabin in which we were sitting. Now,deny that if you will!" "I don't know what you are talking about!" yelled the sheriff. *********** "Your well placed bullets in the shoulder and in the calf of the leg of Mr. Montaine/ Cockrell/Johnson will not change the heart of the moon shiner." "Yeah, bullets can only slow him up a bit," Jim mused. "Yeah, bullets can't change attitudes. They can only give us a period of rest from immediate worry." *********** "In burst the sheriff with the muscles in his fire engine red and motley purple face twitching in anger. Now you've done it! I warned you not to continue to harass me with all those lies you've been planting in the minds of people who read your articles and now the statement signed by that fellow Johnson! Lies, all lies!!!" *********** Suddenly he whipped out a pistol from its holster and began waving it in the air.....suddenly he stopped waving it and pointed it at Jim who was standing near him. He pulled the trigger.....". 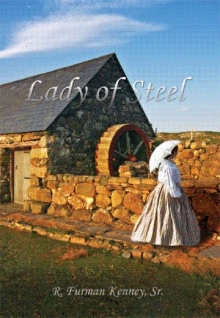 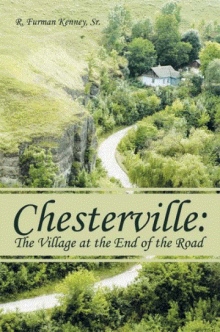 Chesterville: The Village at the End of the Road
R. Furman Kenney, Sr.
$16.49 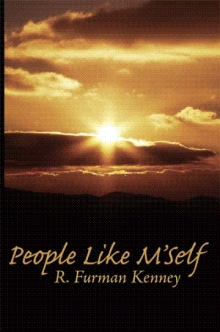 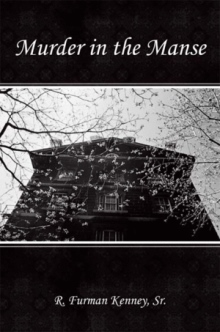 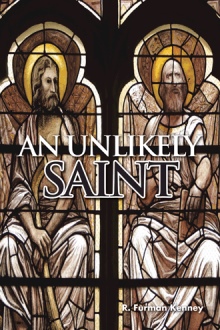 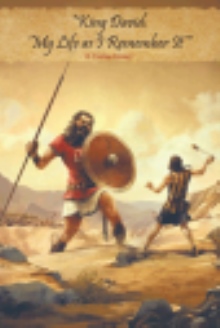 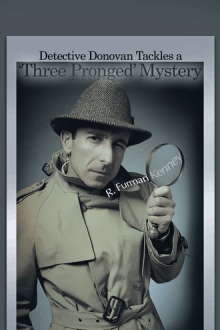 The setting of the book is in the Blue Ridge Mountains of western Virginia. It concerns the settling of an old man's estate by its heirs, his two sons. The two sons expected it to be a very simple matter to handle the disposition of the small estate consisting of a two room mountain cabin and a few acres of land on the side of a mountain. Little did they dream what a hard and exciting task it would be. Mystery and mayhem occurred at "Pop's cabin" as the two brothers referred to it. They found themselves involved in "wild west" excitement through no fault of theirs. Never in their wildest dreams would they have expected to encounter such excitement as occurred to them in their efforts to settle the estate centered around "Pop's cabin". The reader will be wondering what will happen next to the two brothers.

The author is a native of northeast Mississippi but has spent most of his adult life in tidewater Virginia. He is a widower, has two children and two grandchildren. He majored in English while in college. He holds the Ph. D. degree in biblical studies. He was awarded the Bronze Cross for meritorious service with the Marine Corps. He is the author of seven books of varied genre. His works are admired for their ability to hold the interest of the reader.