by George G A Wensley 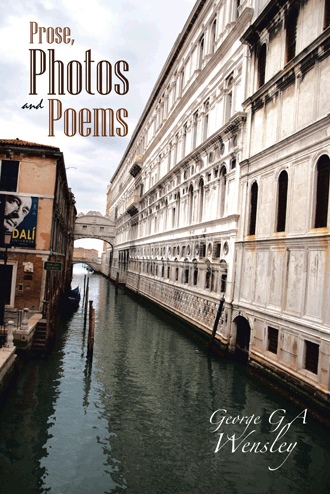 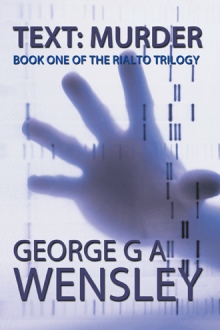 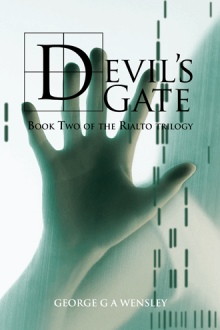 This is a compendium of short stories, poems and memoirs, of a writer learning his craft.

It is peppered with photographs as he is interested in the visual world.

Poetry is important to his work as it makes you think and wring out everything you possibly can from a word, and to be able to manipulate the elements of the story.

Madam Cliché is about the writer’s love of the sound of the word Cliché and his regret at its meaning and function.

Places and travel are important to the writer. Places become characters in his writing. Dreamlands is about a visit he made to Margate and the Turner Gallery, it is modelled on The Waste Land by TS Elliot and was one of the pieces that got the writer a Certificate in Creative writing.

Venice in the Rain is about a trip the writer made to Venice while researching for his Rialto Trilogy. He wrote stuff down as he walked through the landscape and it is just as much about memory as it is about the place.

The photography was done on his camera that was inherited from his father who was a member of the Royal Photographic Society and has been to symposiums at Fox Talbot’s House and has replicated the smoking mirrors experiment. The writer believes that photography is about the pictures you don’t make.

The writer likes to call this sort of work Moodalogues.

George has for a long time done amateur photography concentrating on landscape photography, any people that appear in his photographs are there by chance. He enjoys poetry and short stories. Having achieved a certificate in creative writing he has learnt that some of the great novelists also wrote short stories and poetry as well. He admires people like HG Wells, Henning Mankell, Roald Dahl, Tolkien, Raymond Chandler, Ernest Hemingway, Kathy Reichs and Anne Lamott. Some of their shorter works give an insight to the larger ones. George likes to go visit the places that appear in his novels and write about them in detail, then like Ernest Hemingway's tips of the Ice burgs include a small detail in the full scale novel. The Isle of Thanet appears in his second novel, while doing research for the second book 'Devil's Gate and his work for the certificate, he went to the Turner Gallery at Margate and wrote a piece called the Dreamlands (he had read The waste lands by T, S Eliot) to get the description out of him. There is also a piece called 'Venice in the Rain,' which he wrote because he was struggling with the end of the book and what was happening in the third. He wishes that he could say that he lives with cats but because he likes to travel it would be difficult to keep them, but he does like his small flat with a court yard garden in a market town in Kent.