Miracles on the Wall 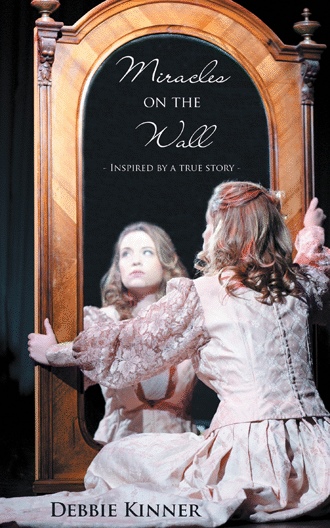 If she did not get a hold of herself, she was on a downward spiral, headed straight towards the bottom. Her psychologist thought knowledge about her past would be a good thing. She disagreed. She tried visiting her past, and the pain was too much to bear. She hated the times when her mind surrendered to uninvited thoughts, leaving her angry with herself for wasting time dwelling on unchangeable circumstances. Life was not a movie that could be rewound, revised, or rewritten. Life was unfair, especially her life. Her mind had a will of its own to follow her psychologist’s suggestion. She began questioning the whys of her life. “Why had her life been full of turmoil? Why had this God that her friends revered, been unfair to her, when He’d been more than fair to them?” She did not ask for her unstable beginning or for God to deprive her of Kodak moments, memories, and a normal childhood. It was not fair that she had no memories of daddy to call her own. The only memories she would ever have would be the second-hand memories her family members wanted to share with her. She had no mental images of daddy holding her, rocking her, giving her butterfly kisses, or holding her child hand when she crossed the street. Nothing! Did daddy hold her in his arms or kiss her chubby baby cheeks? Did she get her dark brown eyes and black hair from him?

Daddy did not teach her how to drive, or gripe about the curbs she failed to miss or the expensive tires she ruined. When she accepted her first invitation for a date, he would not be there to greet the caller or voice his disapproval. Every extraordinary moment, every milestone, every birthday, and every day for the rest of her life, were all occasions Jasmin would spend without her daddy. The worse part of all was those occasions would come and go, without momma too.

Jasmin was only four years old when her momma died of cervical cancer. Abruptly, in a short span of time, she became fatherless and motherless. She would never go shopping with momma. They would never get pedicures together. There would be no luncheon dates, strolls in the park, or mother-daughter heart-to-heart talks. She would never bake cookies with momma or decorate the Christmas tree with her. Neither of her parents attended her high school graduation. Though marriage was the farthest thing from her mind, the knowledge that her parents would not share in her big day, made her cry. Daddy would not walk her down the aisle. Momma would not be the one to give her something old, something new, something borrowed, or something blue.

Jasmin’s children, when and if she had any, would not know their grandparents. If her babies were sick, she would not have the luxury of picking up the phone and calling momma for advice. There would be no occasions for creating special memories, not now, not ever. She heard people say, “God is love.” What a myth that is! How could a God of love ruin the life of a four-year-old child by taking her momma, when He had already taken her daddy? “Lord, wasn't one parent enough?” She blamed God for taking both of her parents, and for robbing her of cherished memories. Before she would utter those three mystical words, “I love you”, or hear them echoed back, in a flash, her parents were gone. She was robbed, cheated, denied, and angry. This unfair God of love had dealt her a miserable hand.

All of Jasmin’s friends had a momma to shop with, and a daddy who was their hero and biggest fan. What made her different? Why did God single her out? God was not supposed to show favoritism. Maybe her psychologist was right after all. Maybe she needed to reconsider reading the diaries her brothers kept, locking away their family secrets. Jasmin’s lovely half-sister, Liz, had given the diaries to her. They were in her possession, and all she had to do was unlock them, and read. Could acquainting herself with her past be a good thing? Would she find herself? Her psychologist thought she should read the diaries in his presence. He also thought she was a fragile egg about to crack, which she was not. She knew her own strength. She could do this, and she could do it alone. She did not need her long time psychologist at her side. She was not a little girl anymore. While no one was looking, she had grown into a bright, strong, mature, and independent woman. Her boss wanted her to look in the mirror, encourage herself, and convince herself that God loved her and the deaths of her parents were not a curse. Not that Mr. Rhodes said those words verbatim, but that is how ridiculous it sounded to Jasmin. She was a victim of her past, but she was not crazy. Her psychologist wanted her to sit in the beautiful wooden rocking chair she inherited from her momma, and tell her momma goodbye. He thought her lack of closure stemmed from being too young to attend her momma and daddy’s funerals, and never telling them bye.

Until now, she had not wanted to know anything about the life-altering family meeting or about her life prior to living with her wonderful half-sister. Liz had the same daddy as Jasmin and her brothers and was a Crites before she was an Alvarez. It did not take a rocket scientist to see that before Jasmin could put her past behind her, she had to learn everything, even the parts she did not want to know, about that past. Acknowledging and conquering the past were prerequisites to moving forward. She was mentally equipped now, to face the challenge of reading her brother’s diaries. It would not have benefited her to read the diaries five years ago when Liz first brought them to a counseling session they attended together. She was not prepared then. Jasmin’s rocky, mysterious past, was the vehicle to her future, and her gut told her to brace herself because the ride would not be nearly as smooth as her Cadillac Escalade…

Jasmin struggles to overcome tumultuous storms filled with seasons of bitterness, death, sickness, disappointment, and heartache. She is consumed by an unexplainable, unidentifiable emptiness from wanting to have a mom and dad like her friends and longing to be under the same roof as her brothers. All of Jasmin’s friends had moms to shop with and dads who were their heroes and biggest fans. What made her different? Why did God single her out? Maybe her psychologist was right and she needed to read the diaries her brothers kept, locking away family secrets. All she had to do was unlock the diaries, and read. Could acquainting herself with the past be a good thing? Would she find herself? Her psychologist thought she should read the diaries in his presence and that she was a fragile egg about to crack. She was not. She knew her own strength. She could do this, and she could do it alone. She was not a little girl anymore. When no one was looking, she turned into a bright, strong, mature, independent woman. She wonders if the void in her heart would be the same if her parents had lived. Is the death of her parents the only missing link? One person can help her. Can she trust him? Will she forego the bitterness she clings to, or will she protect herself behind her thick, secure, Jericho walls?

Debbie Crites Kinner, with two years of college at Lamar University in Beaumont, Texas, and thirteen years’ experience working as a legal secretary, is currently fulfilling her lifelong dream of writing. She resides with her husband, her best friend of thirty-five years. She is the mother of two sons, one daughter, and one bonus daughter. She is “Lolli” to Drayton Joel, Makenzie, and Xander.