Recollections of an Almost Apostle 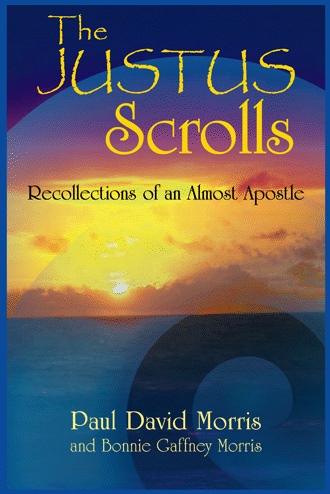 N
azareth did not fit. An independent-minded community, considered with some scorn by stricter Jews, Nazareth annoyed the religious climate. Residents took perverse pride in being different. This irritated the religious leadership as far away as Jerusalem. Nazareth was a creature to itself, a rogue community. It lay outside the mainstream of Israelite life. Except for several trade routes that ran near the town, it stood to itself, alone and outcast. Located midway between the Sea of Galilee and Mt. Carmel and just south of both, the village lay along the slopes of the lower hills of the Lebanon range quietly overlooking a spreading plain.
A short walk from Nazareth, a clear, cold spring seeped through a precipitous embankment and formed a small pool. Surrounded by trees that gave shade; moss, fern and lilies flourished. Here, morning wetness and gentle mists greet awakening dawn. Here, dew mantles the meadow with glistening drops of crystal. Here, sunlight dances in innumerable droplets of condensation. In evening hours, familiar, unbroken sounds of small creatures announce the creeping softness of approaching silence. Here, in the afternoons, she came.
This was Mary’s place; a solitary place where she came when she felt the need for quiet meditation, for closeness with God. Here in late afternoon, she smiled at bright butterflies bouncing in puffs of gentle summer zephyrs. A small beauty with blue streaks in butter-yellow wings lit upon her hand as if stopping to gossip. Captivated, she watched as it sat between her thumb and forefinger, slowly moving its wings to some silent rhythm. Nature often accommodates the delight of those who hold her in awe. Mary wondered at the bees buzzing above the blossoms, legs heavy with pollen. And here, in early morning or evening vesper hours she came to pray; this place, hidden in the hills, her private sanctuary.
Still lights twinkling in the valley plain and in the deepening vault above. Sweet Jasmine fragrances. The urgency of parental concern flitted about her consciousness tugging at her thoughts, at her compulsive want to stay in this place. “Oh God,” her heart exclaimed, “Let me live here forever.” She did not expect an answer, but one came.
“Mary.”


The man simply appeared. He had not approached by foot. She had heard no one coming and surely she would have. He appeared there as if he had preceded her, waiting for her. But she had not seen him, or heard him. She was afraid. She wanted to flee but her legs would not move. He made no attempt to touch her, he just stood there, looking at her as if— as if it were she and not he, who had suddenly and mysteriously appeared, as if it were she who were the apparition to be feared, as if she, not he, were the subject of awe. What beautiful eyes; Mary thought without fear.
He spoke, “Be comforted, child.” He appeared to be about ten years her senior. Not a man of ancient years, although he was. Not a man of maturity and command, although he was that, too. He bore no semblance of opulence, no airs, no attitude of elite superiority. He was simply a man, unspectacular, unassuming. Intuitively, Mary knew this was no ordinary man. “God has chosen you above all women, Mary,” he said quietly. He waited as the soft sound of the brook splashed and rippled. It was an appropriate sound, making itself heard with poignant moment. “In this you are highly honored. You are favored as no other.” The magnitude of this simple declaration did not register for the child.
“I - I do not understand,” she stammered. “Who are you?” Even more important, her heart inquired, What are you? Unanswered, his eyes danced with the twilight. He smiled. Whatever anxiety may have stalked her retreated, replaced with expectancy. Why have you come? A question of thought, reluctant to make its way to her tongue.
Sensing her expectancy he said, “I have splendid news for you, child.” He spoke to her as a father, yet he was not. He waited. He wanted her to hunger, to seek, to demand what he had to say. It did not take long.
In the pressing necessity of her heart, she begged, peremptorily: Please!


He had thought of a thousand ways in which what he had to say could be said. He wanted to announce it to the sound of trumpets and the race of stars across the heavens. He wanted to make an event of it. These urgings stirred powerfully in his heart but in the end he stated simply, “You are to bear a child.” Mary’s heart stopped. Questions, unformed, unintelligible, bubbled in her mind. “A son. You will call his name—Jesus!” She had been standing but at this, she dropped to her knees and then sat on the grass. She was confused, undone and terrified. It was not his appearance, nor the tone of his voice that unsettled her, but the import in his speech. Weakly, she stammered,
“I cannot . . .”
“Mary,” he continued, each syllable in sweet velvet, “Your son will be very great. He will be the Son of the Most High God.” And then the man appeared to succumb to transcendent ecstasy and uttered words that seemed to her as lyrics of a song, soaring beyond her comprehension,

“And the Lord God
will give to him
the throne of his father, David.
He will reign
over the house of Jacob forever
and of his kingdom
there shall be no end!”

It was then that Mary realized that this man is something other than a man. An intimation? A subtle emanation? A verisimilitude of superhuman life? However construed, it caused her to cry out within herself, “He is an angel of God!”
She swallowed hard in adolescent agitation. The emotion of the moment took her voice away. Questions came hard into exclamations, “I have never been with—a man!” This, the premise upon which all else was considered. Mary, just preparing to visit her sixteenth year, knew how babies were made. I am betrothed! Instantly, she thought of Joseph. Whatever the angel meant, she somehow understood that Joseph was not a part of it. “How can this happen?” said she. How can this be? She inquired not of the possibility, but of the process. But in her heart, she visited deference and in that submission, discovered acceptance.
He, as actuated by emotion as she. This, his highest moment, the zenith of the purpose for which he had been created in lost millennia past. However restive his excitation, his words did not betray him. With perfect lucidity he proclaimed, “The Holy Spirit shall come upon you, child. And the power of the Highest will overshadow you.” He took a deep breath, “That holy thing born of you shall be called the Son of God.” Mary could not speak. A moment passed. They sat quietly. The soothing stillness of evening, like a mother’s reassuring hand, extended its calm.
The child had nothing to say, nothing to ask. Silent moments passed between them, he, sitting on the rock, she upon the grass. In her face you could see signs of resignation. “Let it be done to me as you have said. I wait on the Lord—as a bride—waits for her husband.” Only the Father could know what Mary was thinking. If this is what God wanted, if He chose to honor her in this manner, she was ready. “What is your name?” She asked softly. He lifted his eyes and looked at her, seeing the light of love in her eyes. She smiled, as sweetly as rain upon a violet.
He sat erect and as if answering the question of royalty instead of that of a peasant girl. He spoke, “My name is Gabriel.” And with that, he was gone.

Rejected by God—or called to an uncommon path?

The eleven apostles cast lots to determine whom the Holy Spirit would pick to replace Judas Iscariot; he must be someone who had been with Jesus the whole time. That left either Joseph bar Sabbas, called Justus, or Matthias. The stones were cast, and the lot fell to Matthias.

Even so, Justus wouldn’t be denied his dream. He had mingled among the disciples for more than three years. He had been close to Jesus, held private conversations with him, and had laughed with him. He’d slept around the same campfires, visited the same homes, and eaten at the same tables. Now, Justus would chart a new path. He would reveal everything he knew about his Lord from the viewpoint of a privileged witness.

Justus began to write. What was it like to be near Jesus in everyday situations or to see him in action in his greatest moments? Did Jesus have a childhood best friend? How did he relate to his fish-breathed disciples? What did he feel when the crowd cried out for his death? Justus logged all of this in a series of scrolls and began a journey to house the treasure at the great library in Alexandria, Egypt. Perhaps, someday they would be seen.

Paul David Morris, PhD, is a pastor, counselor, author, and student of the Gospels. He lives in Marietta, Georgia, with his wife, Bonnie. Between them, they have six children and ten grandchildren. Called to ministry at age twenty, he has spent his adult life in study and service to the Lord.