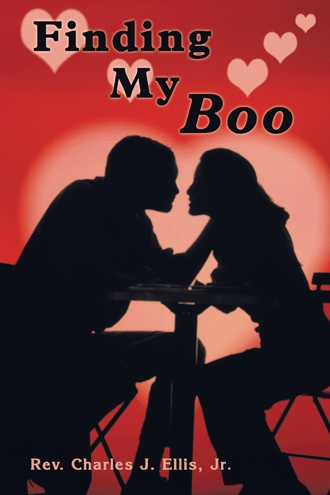 The book of Ruth is widely known and understood as a story of love, loyalty, and grace. And while Ruth certainly highlights all of those characteristics, I believe within the book of Ruth there is some helpful information about living single again. The background of the book of Ruth is that it occurred during the time of Judges. Biblical students know that Judges marks a chaotic and tumultuous time for Israel. In fact, during this period there was a pronounced leadership void in Israel. One recurring theme of the book of Judges is “in those days there was no king in Israel, but every man did that which was right in his own eyes.” (KJV) Needless to say, if everyone did what was right in their own sight, it was a chaotic and tumultuous time. To make matters worse, a famine arose in the land of Judah, forcing Naomi and her husband Elimelech along with their two sons to leave their land and go to reside in the nearby country of Moab. However, while in Moab, tragedy struck as Elimelech died leaving Naomi single again! Moreover, Naomi’s sons (Mahlon and Chilion) would both die 10 years later leaving their respective wives, Orpah and Ruth, single again! Thus, in a relatively short time Naomi and her daughter-in laws found themselves in a situation that they probably never envisioned. They were once again living life without a spouse. And in a similar way, as many of you read this work, you too have had something unexpected to take place in your life and you find yourself in a situation that you never envisioned – you’re single again.
This brings us to the first point I would like to make in this chapter, which is simply: in life stuff happens! It doesn’t matter who you are, how much money you have, or how much you are liked or respected, the fact of the matter is that in life stuff happens! Jesus, our Savior, makes this very point when He exclaimed “in this world you will have tribulation….”(John 16:33) The term used for tribulation literally carries the idea of pressure. This is just another way of saying that in this life stuff happens! You married your high school sweetheart, found good jobs and life was good, but one day she rolled over and said ‘I don’t want to be married anymore.” You’re single again! You thought the two of you were happy. You never dreamed he had a mistress; and her name was crack-cocaine and now you’re single again!
You have been pillars in your community. You have built not only a solid career but a rich family life. However, it all fell apart on that faithful day you went to the doctor only to hear the words that your spouse has an incurable disease . And quickly, in the blink of an eye, you found yourself single again! All I’m trying to say is that life is fragile, life is temporary, and in life stuff happens! And by the way, while we’re dealing with the reality that stuff happens, it strikes me that there are those who are single again and they are blaming themselves. They are thinking if they’d been more mature, if they’d been more attentive, if they’d been at home more maybe they wouldn’t be single again. And if that’s where you are today please remember this salient fact; our God forgives! You need to let go of whatever happened and forgive yourself! One of the wonderful things about the God we serve is that He forgives. Romans 8:1 says, that now there is no condemnation for those who are in Christ Jesus (NIV)! What a wonderful word to keep on our minds. This means whatever has gone wrong, whatever has taken place please know that you can seek forgiveness from the true and living God! But it is also equally important that you forgive yourself. God didn’t create you to carry that weight! In fact, Jesus calls “all that are heavy-laden (with burdens) to come to Him and He will provide rest!” (Matthew 11:28) There are some who are restless today because they find themselves single again. But please realize that God is a God of grace and forgiveness. Release yourself from this burden so you can focus on what God has in store for the future. That, by the way, is exactly where we find Naomi, Orpah, and Ruth, in the aftermath of tragedy and looking at the prospects of living single again.

Although many seek a mate, not all seek to find that special one according to God’s way. Finding My Boo is an insightful, biblically based guide on how to find lasting love according to God’s plan. Ellis combines his interpretation skills, experiential knowledge, and practical application to provide sound, spiritual council for those seeking a mate.

Rev. Ellis, in an engaging and candid fashion, discusses key elements in finding love and God’s plan for our lives. Ellis reminds the reader that God is in control and that by devoting our lives to Him we will find fulfillment and receive the desires of our collective hearts.

If you are reading this and you are facing difficult circumstances, please understand that God has not abandoned you in your plight. He understands your circumstances and is faithful to those who love Him!

Rev. Charles J. Ellis, Jr. is currently the pastor of 25th Street Baptist Church in Indianapolis, Indiana. He has a BA degree from Western Kentucky University in speech communications and a master of divinity degree from the Southern Baptist Theological Seminary. Ellis resides in Indianapolis with his wife, Tonya, and their daughter, BreAnn.