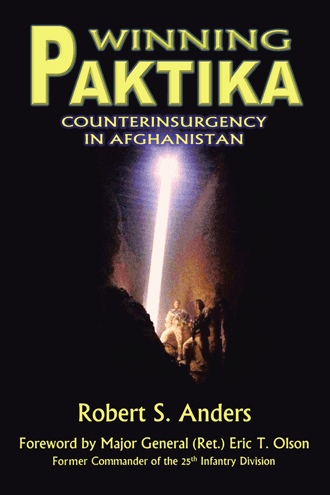 “We can win the war without killing a single person.” Lieutenant Colonel Piatt, commander of the 2nd Battalion, 27th Infantry Regiment, made this bold assertion in his speech at the predeployment ceremony, just three days before going to war in Afghanistan. The battalion had just finished nearly a year of intense training. Individuals and teams were now well prepared to destroy the enemy with speed and violence. To all of us listening to our commander speak, “winning the war without killing anybody”—the theoretical extreme of counterinsurgency strategy—seemed like some sort of illusion or fantasy. During the speech, as we were ready to go fight for our country, none of us infantrymen had much appreciation for such lofty rhetoric. In truth, we really did not understand what it meant, or how it was possible, to win the war without killing a single person. The history of the “Wolfhounds” of the 27th Infantry Regiment is one of the most illustrious in the United States Army. The unit earned its nickname in World War I when it was dispatched to Russia with an Allied Expeditionary Force to protect the Trans-Siberian Railroad. Their dogged efforts to vanquish the enemy there reminded the regiment’s admirers and adversaries of the way in which borzoi wolfhounds relentlessly pursued and wore down their prey. Accordingly, the Russians gave the 27th Infantry Regiment its mascot and namesake, the “Wolfhounds.” The Wolfhound Regiment’s legacy of endurance and toughness in battle continued through combat campaigns across the Pacific in World War II and in Vietnam, Korea, and Panama. Throughout more than a century of service, fourteen Wolfhounds had earned the Congressional Medal of Honor, the most bestowed on any single regiment in the U.S. Army. Naturally, while the other 800 soldiers and I listened to the battalion commander and thought about going into combat, we were all very well aware of the valorous heritage of the Wolfhound warriors who had preceded us. In contrast to the unit’s longstanding reputation for ferocity in battle, the Wolfhounds had another legacy that counterbalanced the Regiment’s identity. During the occupation of Japan after World War II, the Wolfhounds established a relationship with the children at an Osaka orphanage called the Holy Family Home. A Wolfhound named Hugh O’Reilly, who later became the Wolfhounds’ legendary Sergeant Major, brought gifts to the children there on Christmas Day in 1949. Since then, the Wolfhounds have provided gifts, visitors, and support in an enduring friendship that continues to this day. This legacy connection with the Holy Family Home grounded every Wolfhound’s warrior spirit with a deep sense of compassion towards the innocent. No Wolfhound personified this duality of toughness and compassion better than the battalion commander. Lieutenant Colonel Piatt was tall, lanky, and incredibly fit for being among the oldest in the unit. He was a marathon runner and his long strides even resembled those of an actual wolfhound. His face was wrinkled and rugged and he looked like a man who had gotten more out of life than life had gotten out of him. “The Colonel,” as he was affectionately called, was a tremendous commander. As often as he could, he interjected his passion for history by putting our operations into historical context. He generated an air of living history around him, which drove a sense of purpose throughout the ranks. The Colonel’s pack of Wolfhounds admired him just as much as he admired them. Colonel Piatt’s theoretical statement, however, was indeed shocking to the Wolfhound Battalion at the formal predeployment ceremony. To the families who had come to the battalion headquarters on that warm spring morning at Schofield Barracks in Hawaii, his assertion seemed too good to be true. As he said those words, the Colonel let them echo off the sand-colored buildings that surrounded the parade field in the D-Quad courtyard. With long fingers curled around the edge of the podium, he paused dramatically to let the shock of the concept register with the troops. To some degree, it did, I think. In fact, I genuinely hoped he was right, even though I was sure he was wrong. In the ten months leading up to that moment, the Wolfhounds had conducted hundreds of hours of combat training, sharpening our claws and canines for combat. Our training exercises took us to Australia, Japan and all across the Hawaiian Islands. Now, it was time to go. The men were fit, the teams were set, and the Wolfhounds were ready for war. Just days prior to our departure, however, the Colonel’s simple statement seemed to contradict everything we had done to prepare for, and indeed everything we were about to encounter in Afghanistan. Was it really possible to win the war without killing a single person? What a novel idea.

“We can win the war without killing a single person.” Just days prior to deploying to combat in Afghanistan, Lieutenant Colonel Walter Piatt, commander of the 2nd Battalion, 27th Infantry “Wolfhounds,” announced this visionary statement in front of an assembly of 800 infantrymen and their families. Naturally, none of the soldiers listening to the Colonel’s rhetoric thought it was possible to actually win the war without killing a single person. That hardly sounded like “war” at all. In fact, that simple concept was the very antithesis of the previous 10 months they had all spent training to explicitly kill people with speed and violence. Destroying the enemy was the fundamental focus of every infantryman. It was, of course, the very reason the infantry existed in the first place. The Colonel, an infantryman himself no less, challenged his battalion’s conventional thinking that day and throughout the ensuing campaign. His striking pronouncement was the theoretical extreme of counterinsurgency doctrine. It emphasizes the importance of nation-building instead of man-hunting, construction instead of destruction, and dropping schools and wells into villages instead of artillery shells. That was his vision and that is what he led his infantrymen to do. This is the story of the Wolfhounds in 2nd Platoon, Bravo Company through the eyes of a young platoon leader. He details their adventures on the frontier in a little-known dangerous place called Paktika Province, centrally located along Afghanistan’s volatile border with Pakistan. It is the story of ordinary men, cast into a treacherous and unfamiliar world with the mission to destroy the enemy’s sanctuary, not just the enemy. It is the story of triumph and failure, elation and frustration through a hard-fought struggle with their identity as infantrymen, evolving from trained tactical killers to strategic nation builders in their quest to win Paktika.

Rob Anders grew up with a pen in his hand, constantly writing about his travels and adventures as a young boy. His family moved often during his childhood, settling briefly in every time zone in the United States and for a few years in Europe. He attended eleven different schools before high school, including 4th grade in a rural German elementary school—without speaking the language. Rob was perpetually “the new kid” and early on he learned to adapt to new environments and appreciate different cultures. On September 11th, 2001, Rob was beginning his senior year at the United States Military Academy at West Point. As the world erupted into violence, he knew he would be thrust into a new war. Upon graduation, Rob churned through the Infantry Officer Basic Course, Airborne School and Ranger School, eager to get to the front. Shortly thereafter, he arrived at his first assignment in Hawaii. He took charge of his platoon and began preparing them for combat. Rob and his men were expert managers of violence and destruction by the time they deployed to Afghanistan in early 2004. As fate would have it, Rob landed in an unusual position for a junior officer in a complex and confusing war. In addition to his responsibility of executing tactical level orders with his platoon, he also served as a primary liaison to the highest ranking Afghan leaders in Paktika Province. Thus, Rob was perfectly positioned to gain a close-up account of life in the trenches as well as the operational and strategic tectonics of the battlefield. Rob’s depth of experience, superb military training and passion for writing are what make Winning Paktika such an extraordinary war story from the perspective of a culturally savvy Airborne Ranger on the front lines with a rifle and pen.