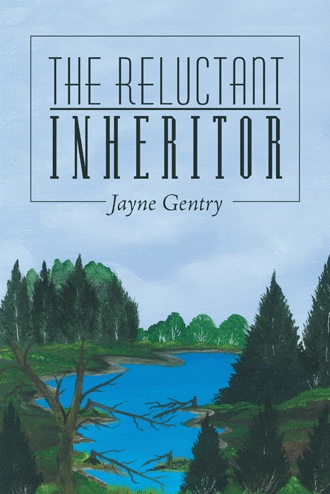 Jason Jarrard Stowe, what a way to end the year! At the young age of 30, you’ve had a great job with an international company eight years. You finally finished that mind-sapping, energy draining project. For a bonus, you have an opportunity to go overseas in the future. The company hired your best friend, Charley and you’ve had the privilege of working in the same department. And most of all, you have a lovely fiancée who is ready to share the rest of your life. Look out world! I’m ready for my next challenge! He whispered his grandmother’s saying when she was proud of him. “Jason, you have the world by the tail.”
Charley his best friend called from his office. “Hey, Jas.’ Come here. This is very interesting.”
“Not now. Got things to do, people to see and the world to conquer.”
“I’m serious. Look at this! It could change your life.”
Jason stepped inside the office smiling. “My project is finished and my next assignment doesn’t start until January. I have a week to update my files and get my office ready for next year.” He glanced at the screen to see what was so exciting.

“Charley, you know better than to be on the internet. There is no telling why they are looking for that man. This could be bait for a criminal so they can arrest him.
“But Jas, you were born on that day. Maybe you’re a twin and your brother or sister is looking for you. Maybe you were adopted and no one told you. Why don’t you at least call?”
Jason glared at him. “Not interested! Besides, Mom would never lie to me. You know my natural father was killed when I was a year old. My stepfather married her and adopted me when I was eighteen months old. We’re a happy family and I’m not going to get involved with this. Also, my name is not Micah Joshua Ashley. Give it up!”
“Aren’t you even curious? I AM!”
“No!” Jason lowered his voice to a controlled whisper. “Get off that site before they catch you. Remember, curiosity killed the cat.”
Charley argued. “Yea, but satisfaction brought him back.”
As Jason walked to the door, he stopped, took a deep breath and turned around. “Charley.” No response. “Charley!” Finally he looked at Jason. “I’m sorry I lost my temper. You have the smarts to make a good name for yourself here. You’ve had two written warnings already. One more and you will be escorted out with your belongings.”
Charley grinned. “Why do you think I turned my workstation around? I’ll see them before they see what I’m doing. Besides, there are other jobs.”
Jason leaned forward and reasoned with him. “Charley, THINK! This Company has gotten where it is because they are careful to keep all information secure and making sure employees don’t misuse equipment. They are not deaf, dumb or stupid! Please use your good brain and make something of this opportunity.” He straightened up and stared over the monitor. “I am going to say this once. As much as I care for you, if you are fired over this, don’t call me! I’ve worked hard for my position and you are not going to ruin it for me. Do you understand?”
“But Jas, I was doing it for you.”
Jason stormed out and closed the door. It must be important to resort to issuing a missing persons alert. Mom said my father’s parents didn’t want either one of us, so no way is this about me! He was surprised how much being told they weren’t wanted still hurt. Nor did he ever try to contact his father’s parents to ask ‘Why?’ If they didn’t want him, he didn’t want them.
When he got to his office he made a decision. “I’m leaving that alone.”
After trying to work for awhile, he swallowed his pride and went to ask Charley to join him for an early lunch. “Charley, let’s go eat.”
Without even looking up, Charley claimed he wasn’t hungry.
Jason laughed. “You usually jump at the chance to get out of the office and especially feed your face. What is so important you can’t eat early? What is wrong with you today?”
“Just leave me alone!”
“You’ve got it! I’m out of here.” Jason stormed out, closing the door hoping to protect his friend a little longer. Charley was acting strangely and it bothered him, but he remembered his mother’s warning about the consequences to his own professional life if he continued trying to cover for him. He’d lost his appetite over this disagreement and went back to his office instead. I tried to help you, but it is obvious you don’t care. So, you are on your own. Not being able to concentrate he needed the rest of the day to get his mind clear. After advising his manager and changing his answering system message, he left.
Instead of eating, he went to his condo and logged on his computer. He searched for that website alert, printed out the information and pressed the number into his cell phone. “What can it hurt to make one call? I just need a little information to convince Charley, I’m not the guy. Then maybe he will stay off the internet.” Just as the call was answered, he hung up. “He’s a grown man. Besides, he’ll forget about it.”
After a late lunch and sweaty workout, he was still worried about Charley being fired trying to do something for him.

Jason Jarrard Stowe, a thirty-year-old Type-A personality, was happy with his life. He had a great relationship with his family, was successfully climbing the corporate ladder of an international company, worked with his best friend Charley, was engaged to a beautiful lady, and anticipated a fantastic future. That is, until at work one day, Charley brought to his attention a website that would shake his secure world.

To convince Charley to stay off the Internet and protect his job, Jason made decisions that would affect their friendship, his family, a challenging career, future marriage … and his sanity.

When Yardley Esther White, a dedicated lawyer, uses all her capabilities to fulfill a commitment that involved Jason, his integrity, good manners, and emotions are tested. His reactions are totally out of character.

Jason’s determination to find answers to two strange questions leads him on an intense journey that threatens his ability to trust anyone now—or ever.

During his most intense moments, he is shown unconditional love and amazing patience. He also learns about faith that even death cannot defy, and experiences forgiveness. But can he forgive? Is it possible to undo all the hurt and hate caused by someone he loves?

Jayne Gentry considers herself more a scribe than an author, because she recorded inspired words and was led to incorporate actual events. Married to Archie for thirty-five years, she uses his paintings as cards and writes words of encouragement. She has taught Sunday school and directed youth choirs and weddings.