The Little Horse with the Big Heart 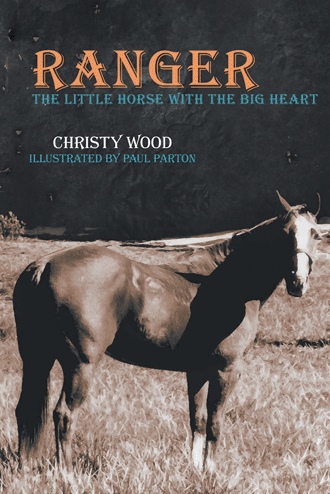 As my new year moved on at Christy’s ranch, the seasons went through their change as well. Several hours after dusk one winter night, the sound of the winter rain drops on the metal roof of my barn stopped suddenly. It was silent. I stepped outside of my barn to see what was going on. Little flakes of moisture started to pile up on my neck and back. It started getting heavy, so I just shook it off. But as soon as I cleared my back, it was covered up again with these flakes of white. I ran to my stall mate, Kyappo, and showed him the new white blanket I had on my back. “Look I said. I now have Appaloosa color just like you! I hope this lasts until morning, so my special lady can see this.” As daylight came, so did the brightness of all the white around me. Everything on the ranch was covered in white. The jumps, the obstacle course, the truck and trailer, trees, fence posts, my barn, and me! I saw Christy come out of her dwelling and heard the excitement in her voice. I think this was something new for her, too. She was taking pictures of everything covered in white. She came over to my pasture and gave me a big grin. “Ranger”, she said, “you became an Appaloosa over night.” She talked to me and told me that these white flakes were called snow. She came into my pasture and moved the snow around on my back making impressions with her hand that made me look like I had spots. It was a fun morning to watch all the animals and humans on the ranch play in the snow. Little black Turbo had to leap just to get over the piles of snow, or rather inches of snow. She barked at me and turned circles so I started running small circles in my pasture too. Christy laughed and took pictures of her special dog and horse playing together. My first year ended with Christy and Steve having their picture taken for their Christmas card sitting on Kyappo and me. I was truly a part of their family now. I wondered if they could see how happy I was and how grateful that I had such a wonderful place to live. 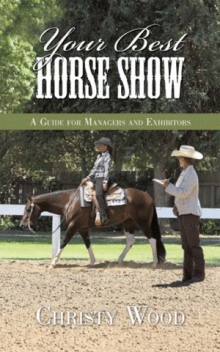 Imagine the worst winter storm you have ever been in. Dark skies overhead interrupted by jagged lightening bolts cutting through the sky and thunder so strong as though someone had set a cannon off right beside you. You would seek immediate shelter and safety. A chestnut mare, alone on a mountain, had to endure the fury of this storm. As she battled the elements, she was coping with the birth pains that signaled her delivery of her fist foal. The colt should never have survived except for the intervention of a loving God who shows compassion for all his creatures. This little colt had a strong will to survive and the heart of a warrior that carried him through the adventures of his life. Ranger, as he is named later, tells his own story knowing he has a sense of purpose. He re-counts his birth and early years coming to rely and trust on humans and also to adjust to other horses that become friend or foe. He has many adventures with his beloved owner as he shares his life with her at her foothill ranch in Three Rivers California. His life is long and full, amazingly so, and at 32 years young he knows it is time to leave for greener pastures. He gets to meet his maker and then knows that his earthly human companion is taken care of after his departure. Be prepared for a tug on your heart from Ranger, the little horse with the big heart!

Christy Wood As a young girl, Christy dreamed of horses. The dream was to own that one special horse that would know her every thought and be her best friend. Christy had a few other horses before Ranger came along and she loved each one for their own special talents. But when Christy met Ranger for the first time, their souls rejoiced and an instant bond developed that would last 30 years. The dream horse was soon purchased and the adventures began. Christy’s horse career has taken her across the United States and internationally as a multi-carded horse show judge. She has trained, ridden and won at World and National breed shows. Her first book, ‘Your Best Horse Show, a guide for managers and exhibitors”, has done well. But to stay grounded and find inner peace, Christy would saddle up Ranger and head out on the trails. Riding God’s greatest creation, the horse, her Ranger, in the majestic mountains of Three Rivers, was the ultimate! She continues her trail riding enthusiasm by riding on the historic Chief Joseph Trail Ride, a thirteen hundred mile ride that takes thirteen years to complete. She and Dollar will earn their trail medallion in 2013 for 10 consecutive rides together. Christy can be reached at www.wdnhorse.com.