Transforming the Mind for Kingdom Dominion 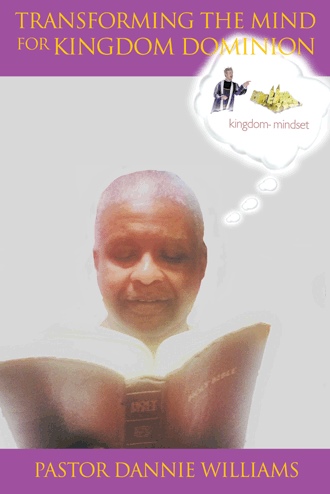 A nation shall be reborn in a day, just as God promised. This prophecy (Matthew 24:32–33) was fulfilled May 14, 1948: “Now learn a parable of the fig tree; When his branch is yet tender, and putteth forth leaves, ye know that summer is nigh: so likewise ye, when you shall see all these things, know that it is near, even at the doors.” What is near? The coming of the Lord. The generation that is alive to witness the rebirth of Israel as a nation will be the generation that will witness the coming of the Lord. We are that end-time generation. “Verily, I say unto you, this generation shall not pass, till all these things be fulfilled” (Matthew 24:34). The blossoming fig tree is symbolic of the rebirthing of Israel. Since 1948, we have witnessed Israel reborn as an independent nation, and all the signs that are indicated before His return are escalating like never before. We are that generation. That’s how I know that He is coming soon. “When ye shall see all these things” coming to pass, know that the return of Jesus Christ is imminent, “even at the door.” “This generation shall not pass, till all these things be fulfilled.” What things? “And as He sat upon the mount of Olives, the disciples came unto Him privately, saying, Tell us, … what shall be the sign of thy coming [back], and of the end of the world?” (Matthew 24:3). What Jesus first mentioned in reply were widespread deception and a time of wars and rumors of wars, nation set against nation and kingdom against kingdom. In addition, “there shall be famines, and pestilences, and earthquakes” in many different places (verse 7). The rapture and Jesus’ second coming are two different events. The rapture is when Jesus comes into the earth’s atmosphere on a cloud; not to set foot on the earth at this time. He will call His bride, His selected ones, His prepared ones out of the earth, both dead and alive, to meet Him in the air. He will take us to heaven for the marriage ceremony (Revelation 19:7–8), which will last for seven years. For those seven years while a marriage ceremony is going on in heaven, the great tribulation is going on in the earth, where the wrath of God is being poured out on those who rebelled against Him and rejected Christ (Revelation 6:12–17): “For the great Day of His wrath has come, and who is able to stand?” (verse 17). Also, the wrath of the Antichrist is being poured out against those saints who were not rapture ready (Revelation 13:7): “It was given unto him to make war with the saints, and to overcome them.” And all the saints who endured the wrath of the Antichrist by not accepting his mark will be taken up at the end of the great tribulation (Revelation 7:9–14). I am very adamant the rapture will occur before the great tribulation. Please read prayerfully the following pages, offered as “food for thought.”

In order to understand what God is doing, what He is saying, and the directions in which He is going in this season, you need to read this book—an end-time revelation for God’s end-time people.

I believe God has preserved and kept me through a life of drug and alcohol addictions, crime, promiscuity, and incarceration while many others around me were dying and receiving much longer jail time. I remember overdosing on heroin three times! One of those times, I was hospitalized and in a coma for three days and was given up to die. But thanks to God, by His grace, I’m still here. God has also kept me and called me into His Kingdom for such a time as this—that I might write this book, that multiple millions around the world would be impacted by this revelation, which God has kept hidden until this end-time generation. I was born again in September 1977. After the military, I moved back to my hometown of Mobile, Alabama, and I found employment about thirty miles away at a shipbuilding company in Pascagoula, Mississippi. A fellow employee led me to Christ, and I was Spirit filled on February 15, 1978. Being filled with the Holy Spirit revolutionized my life and was the crowning point of my spiritual walk with God. I have been running this race for thirty-five years at the writing of this book, never looking back. I lived in Los Angeles, California, for almost twenty years. One particular week in 1990, I was attending Marilyn Hickey’s End-Time Revelation Encounter. I believe this conference was a divine setup for me. It started me on a quest for spiritual knowledge. During a question and answer session, I posed a question to Marilyn. It was at the end of the session, and she didn’t have enough time to answer adequately. My question was this: Can a Christian be lost or go to hell? Her reply: “If they give in to the mark of the beast.” This was the beginning of lunch break. Not wanting to detain the people any longer, she dismissed us. Still not understanding the answer to my question, I had to leave for an appointment. This encounter with Marilyn Hickey started me on a quest for revelation knowledge of the Word of God. I believe this was God’s intention for me. To this day, I am very grateful for having attended that conference. For many years, I studied the book of Revelation and other resource material concerning end-time events. I believe the Holy Spirit has given me one of the most profound revelations for this hour, before Jesus returns.