The Peace by Force Conspiracy 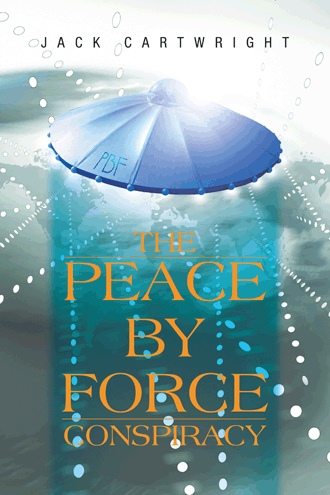 Chapter 1 Sitting outside on the deck of a rather large chalet type building on the side of a rather small mountain, glass in hand, I found myself, much more so than usual, in a highly contemplative state. The rather large chalet belongs to me, and so does the rather small mountain. It is my retreat on the shore of Loch Ness, and a long way from any form of habitation. It has a helicopter pad, which is just as well because the only efficient way of approach is by helicopter, there being no access from the lake because of the vertical cliffs at the foot of the mountain, and no roads through the heavily wooded area surrounding the property. I am my own helicopter pilot. I own a few acres of woodland some 15 miles west along the edge of the lake, where I have been able to build a landing stage, a helicopter pad and a boat house where I keep my motor cruiser which I use for the occasional sail on the lake. My name is John Trevor, 45 years old, and I own a company, Supersteels Ltd, in Sheffield making special steels, amongst which is what I like to think is one of the strongest steels in the world. The company was established 84 years ago by my grandfather, and developed by my father, whose wish it was that I should continue in the business after him, to which end I went to University and managed to obtain a PhD in metallurgy. I joined the company when I left University and when my father died 12 years ago I took over and managed to develop it further to a substantial size with a turnover of £285 million last year. Unfortunately I lost my mother a year later. You will no doubt have gathered by now that I am not disadvantaged in the area of personal fortune, to the extent that I am sufficiently well heeled to enjoy my present life style for the rest of my life without ever having to work again. Unfortunately I was not enjoying my present life style, because I lost my beloved wife Anne five years ago in a terrorist attack. She was visiting London with a friend, incidentally the wife of one of my oldest friends, when they both became victims of a bomb attack by one of those suicide bombers who thought that by killing a few infidels, along with sundry innocent women and children, he would get to Paradise where he would collect his 72 virgins and whatever else is in the going rate for that sort of heroism. If there is anything going on in the hereafter I like to think that he will rot in Hell! I hope so anyway. My cook and housekeeper, Sarah, looks after me and she has been a great source of help and companionship since I lost Anne. The only way I managed to carry on was to immerse myself more and more in the business, which had recently been causing concern, so much so that the reason for my present visit was to give me time to get my thoughts together, with possibly some very serious decisions to be taken. The fact is, I was getting a bad feeling about the prospects of the Company because in the last few months the order book had plummeted, and it wasn’t too difficult to see why. In the first place the present economic situation made it hard for anybody to sell their products, so naturally the demand for raw material was down. More sinister however was the fact that we had also lost orders because the demand for our special steels was down, partly because they are expensive, and manufacturers were finding other materials with which to make their products, and of course there is the ever present threat from the Far East, where they have been developing their own special steels. As I said earlier, my personal situation is that I can walk away without a financial worry in the world, but there are others to think of, and I needed to consider options with the purpose of achieving what might be best for them. Loyal workers, many of whom were working for my family before I ever thought of joining the company. Never the hint of a strike, and even in the present situation, although they are aware of difficulties ahead, I believe that they know that I shall always do my best for them. One option to consider was selling the company, but I feared that the only likely buyer would be a big steelmaker, maybe Asian, who would quickly get into the asset stripping routine, taking the best of the technology and plant, and then closing down. Another possibility would be to carry on with diminishing orders, hoping for an upturn, but in the absence of that there would be a continuing programme of redundancies and a continuous fight for survival. I could consider a Management buy-out on favourable terms to the purchasers; I have an excellent deputy in James Woodward, and if anyone could make a success of it, it would be he. I was thinking that maybe I would talk to him about that before going any further in the process. 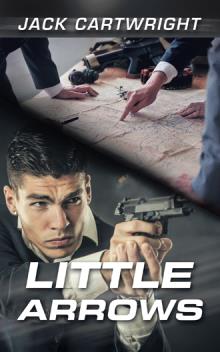 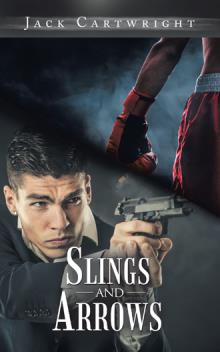 The main character of the story is an industrialist  whose outlook had been affected by the death of his wife to an Islamic terrorist's bomb, and the assault and attempted rape of his housekeeper by a gang of thugs, in addition to other items always appearing in the media.

He befriends and  helps a group of aliens who have discovered by means of their powerful sensors, deposits of a mineral on his property which is essential for their existence.   In gratitude for this they leave him with some of their advanced technology,and one of their heavily armed spaceships when they learn that his attitude to evil is the same as theirs, with their blessing for him to use it in an attempt to eradicate all forms of evil from the world wherever he can find it and by whatever means necessary.

The story is about him and his dedicated team of like minded friends in his attempts to keep faith with the leader of the aliens, a little love interest on the way, and a twist in the story right at the end.