Memoirs of a School Administrator 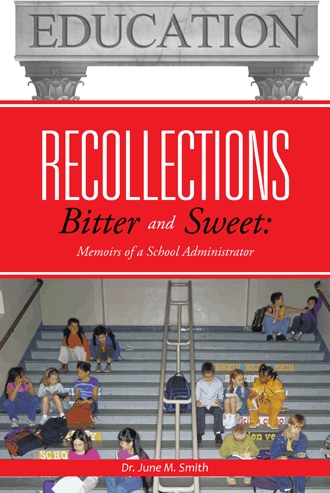 There is nothing that can prepare anyone for the death of a child. Although many years have passed, I have never forgotten the feeling of helplessness that I experienced when Tina took her own life. I will always wonder what, if anything, I could have done to help Tina. (p.33) (At school, on the bus lot, the morning after a bus wreck) When I boarded the 2nd bus, I immediately noticed that a second grader named Jimmy was wearing a neck brace. I went to him and asked,"Jimmy, are you hurt?" Jimmy looked at me, smiled, and said, "no ma'am, I'm not hurt, but I could sure use some money!" (p.40) At least for that day, at that moment in time, Lance appeared to be a normal 4th grader, not the outcast his mother had painted him to be. Is it possible the students had been so terrified by the actions of Lance's mother that they had subconsciously decided not to pick on Lance anymore? Whatever had changed, it was all positive, (p. 69) As I walked down the kindergarten hall one morning as classes began, I heard a blood-curdling scream coming from one of the rooms. As I entered the classroom, I saw Risha stretched out on the floor screaming to the top of her lungs. The other students were reacting in various ways. Some were covering their ears, some were crying, and some were giggling. (p.106) I was extremely proud of my faculty and staff as they continued to work diligently and tirelessly with our difficult population of beautiful and lovable children who needed more than academic attention. Our children needed us to motivate, uplift, implore, and inspire them towards a better day and eventually a better life. (p.114)

This book is a chronicle of the author's career as a public school administrator. The book provides biographical information about the author, her early desire to become a teacher, and her bittersweet years as an assistant principal and principal. The author concentrates on the stories of the children she met and worked with during her 21-year career as a school administrator. The stories of the children (whose names have been changed to protect individual privacy) are at times funny, poignant, sad, and even tragic. The author had the responsibility of making many decisions about children, including their placement, their academic performance, consequences for their inappropriate behavior, and about delicate issues that children brought from home to school. The author considers her book to be a labor of love that she wishes to share with school administrators, teachers, counselors, parents, students, and any other groups or individuals who are interested in helping young people to reach their maximum potential.