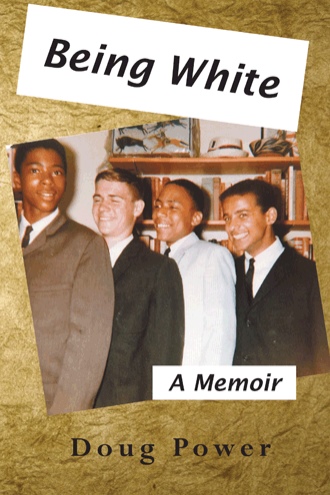 So three weeks later, on the final Sunday before Christmas break, I brought my roommate home for his first and last visit, and, as it happened, it would be my last invitation home for some years.

“We’re so glad to finally meet you,” exclaimed Mary with a shy smile. “We thought Douglas must be ashamed of us!”

Mary beamed at Dylan in happy surprise, as though he was proud of her, too. “Have a seat on the couch,” she said and sat at one end as she gestured toward the other. “Go ahead, I won’t bite.” The couch was situated against a wall with my father’s chair in the opposite corner.

Dylan handed his Burberry to my father and seated himself. “Where’s your daughter? Mary Anne, is that right?”

“She’s napping. Douglas must have told you all about her. Dougish, she calls him.”

“Oh that’s cute. I’ll have to tell everyone in the dorm.” He pulled a pipe from the inside pocket of his tweed sports jacket. “Do you mind if I smoke?”

“Goodness, no. Carleton is never without his pipe.” And she smiled at him as though a pipe in the mouth was the mark of a handsome man.


“Can I get you something to drink, Dylan?” my father asked. “Coke, coffee?”
“I think they’re old enough to have a drink, don’t you, Carleton?”
He looked at her in surprise. “They’re young men now,” she said.
“I guess that would be acceptable. What will you have?”
“Scotch, if you have it,” Dylan said, filling his pipe from a blue leather pouch.
“And, uh, you Doug?”
I flushed. “That’s fine.”
“Mrs. Power?” Dylan asked politely, as though he had become the host.

“Oh please, call me Mary. Just a glass of wine,” she said and smiled at his back as he walked to the kitchen. “He’s alcoholic, you know,” she said to Dylan, who looked slightly startled at her enthusiasm. “He just can’t handle his liquor, but he doesn’t mind if others drink. He’s A.A. now. So tell me about yourself. You grew up here?”

“I know that area. I was so happy when I learned Douglas had a black roommate. It’s taken me three years to get the maccade out of him. It’s still there, but he’s a good boy.”

“Excuse me, get the what out?”

“‘Mac-ca-de’. It’s Winnebago for white man, but I’m Sioux, of course. You can tell because we’re better looking,” she said with a teasing smile.

“Yes, Doug told me,” Dylan said as though I’d made a big deal of it, and how much younger she was than my father.

“Tell me,” she said after watching him a moment. “What do you think of white people? Do you mind if I call you Dylan?”

“Not at all. Well.” He paused and searched for a match to fill some time. “Um,” he lit the pipe, the match shining in his dark eyes above the smooth flat cheeks. “I’m not sure I know what you mean.”

My father returned from the kitchen with the drinks and Dylan tasted his and smiled. “Is this Glenlivet?”

“You’re close. Glenfiddich.” “It’s superb. I used to drink blends but I found them too harsh.”

“You’ve got a sensitive palate,” my father said and he sat in his chair. I sipped the whiskey and it was whiskey.

“So what do you think of white people?” Mary asked again, leaning toward him, and my father glanced at Mary as he picked up his pipe.

“For example, if I had to go back to the reservation and for some reason couldn’t take my little girl, do you think I’d leave her with Carleton? As much as I love him, I wouldn’t trust him to raise her because he’s white! I’d feel better leaving her with you.”

Dylan appeared unsure as to the appropriate response.

“I know he loves her, and she’s just crazy about her Daddy, but I still couldn’t trust him. Do you know what I mean?”

“Sure,” he said quickly and took another sip of Glenfiddich, while my father blew a small smoke ring.

“That’s not surprising, of course,” he said. “Mary loves me, but often when she looks at me, all she can see is this white face.” He smiled confidently at the two of them on the couch.

“It’s more than your face being white. You’re white, and you can’t help being what you are.”

“But that doesn’t take into account, of course, what I’ve learned.”

“See what I mean, Dylan? He can’t help being what he is. And no matter how much he loves her, he couldn’t help but screw her up.”

“And I understand your feeling that way, Mary, but she doesn’t really believe it,” he assured Dylan.

“See how pompous they are? He can’t believe my daughter and I are safer with you, even though we just met, than either of us would be with him.”

“That’s ridiculous, of course,” my father said. Dylan sat very still. “See how he’s defensive? He can’t stand it that you and me can read him like a book.”

Mary Anne skipped into the room and over to her daddy’s chair and he swung her onto his lap. “How’s my favorite girl?” he asked, pleased with her timing. He kissed her conspicuously on the forehead while she smiled up at him out of chubby cheeks. She had Mary’s dark eyes and tan complexion but with my father’s rounder face and he raised her above his head and she squealed and laughed.

“Do you think I could hurt you, Mary-babe?” She was still laughing and then folded herself into a pretzel and he sat her on his knee. “Could I hurt you?” he said as though teasing, but he was waiting for her answer.

She looked at her mother and then at her father; she was three years old. 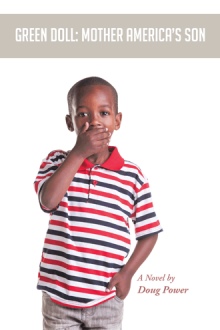 When Doug’s father refuses to return to suburban New York from one of his lengthy business trips, his mother swallows a bottle of sleeping pills and Doug and sister Constance move in with their mother’s mother in Rochester, who takes them in temporarily. At the end of the school year, Constance goes on to college and Grandma unloads Doug, putting him on a plane to Chicago to live with Carleton, the father he barely knows, and his father’s young, beautiful, Native American wife.

Doug finds himself living two blocks from the infamous Cabrini-Green housing projects, in an area where whites had mostly fled and black gangs are taking control. Carleton moved in with Mary a year earlier, marrying her two weeks after his wife died, and they remain in her apartment in the changing neighborhood because he’d lost another job due to his drinking and because Mary didn’t like to be surrounded by white people anyway.

Doug is immediately thrust into a world of petty crime, violence, and racial hatred, some of which emanates from Mary, who loves his father but despises herself for living with a white man. And yet, on her good days, she becomes more of a mother to Doug than he’d ever had, teaching him how to treat a lady and how to find his way in the inner-city. On her bad days, she locks him out of their apartment.

So Doug comes of age in the streets, dates girls who live in the projects, and sees people beaten and killed. The people he comes to trust and learn from are people who are not white. They’re Indian, they’re Hispanic, and mostly they’re Black.

So who is he, he wonders, who thought of himself as White?

This is the story of how it turns out.

He’s had stories published in the New Orleans Review, TriQuarterly, Witness, and Other Voices, and, as a proponent for community empowerment, has made presentations about broadband and economic development at conferences throughout the US and Canada.

He is passionate about politics and the evils caused by personal and corporate greed. He is frustrated by racists and aggravated by political correctness.

He loves the Seinfeld series and wishes Larry and Jerry would get back together, and while considered a lefty, is known also to be annoyed at slow traffic caused by pointy-headed intellectuals riding their bicycles (the only valid thing George Wallace ever said).

He loves his wife and children and is happiest when they’re together. And for his epitaph, an old friend suggested this: He was always good for a Rolaids.