God Inspired The Best in Me 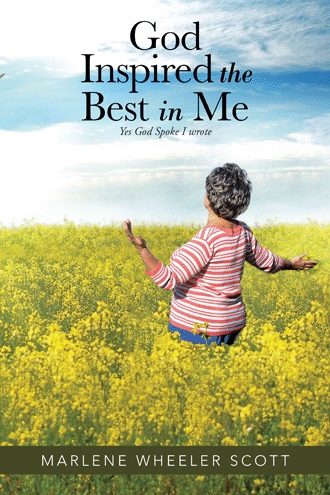 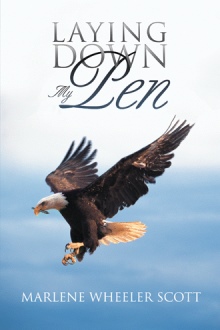 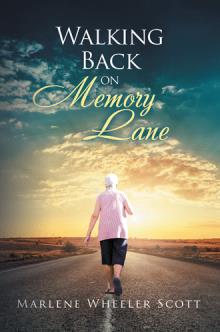 I call my book, God Inspired the Best in Me, because I truly believe that he has inspired all my writing s , including all my other books. I was not going to write another book, but I feel that God inspired me to write this one last book, and I obeyed God...

My name is Marlene Wheeler Scott and I live in Santee, S.C. I was born in Kentucky, but I grew up and graduated in a little farming town called Camden, Ohio…After graduation joined the Navy where I met and married My husband, also in the U.S.N., living mostly in Charleston, S.C…. We had four children, three sons and a daughter, nine grandchildren and six great grandchildren and we have been married for fifty six years My second son, Mark, passed away suddenly and unexpectedly leaving a deep void in so many of our lives, especially in mine as I thought my life too had ended…I started writing to him after he passed, talking to him, asking him questions, all in poem that came from my heart of how I felt, how I thought he had felt, and even to things I felt he would have said to me and his loved ones.. Writing seemed to bring me closer to him and gave me more of an understanding about how precious life is and I became more aware that the time God gives us with our loved ones is indeed God’s gift to us and we should give thanks to God every day for that Blessing A few months after his passing, we moved to a small town, Santee, S.C. where I met a friend, Shirley McLeod who took me to this small church on the lake, Lakeside Outreach Ministries where I found love, peace and understanding and God… I soon met others with pain and suffering from the loss of loved ones, who also was looking for answers… It was then I truly began writing I began writing poems for others who had experienced the loss of a loved one, or was having spiritual, emotional, or health problems…my poems seemed to connect with them, giving them peace and understanding, sometimes, it was as if their loved ones were giving me words to write and give to their loved ones here and my writing for them also brought me closer to my son….God showed me that death does not separate us, it brings us closer together…. I know without God, my family and my church, my poems would never have been, for it was God who gave me these words I do want to say also that while writing the Eulogy for my son, I put a period at the end of a sentence, and suddenly a voice told me that putting a period at the end of a sentence meant it was the end, the sentence was over, so I do not put periods at the end of any sentence I write, because then these words can go on and on and on… just like even in death, life goes one