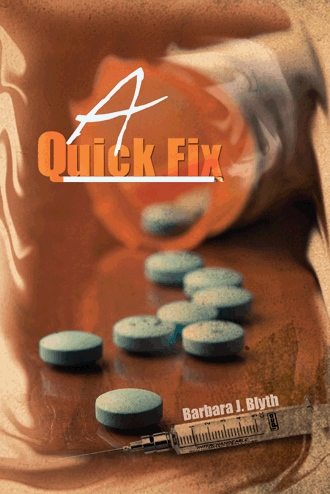 Jonathan brought the small plane in to land along the rough landing strip that, 100 years ago, had been the narrow road from the hall to the little hamlet of Croughton. There were several things that he wanted to talk to his sister Deeanna about, and after weeks of hard work at Longwold Manor in Gloucestershire, the bright sunny spell had spurred him to fly to Norfolk to see her. Deeanna’s husband Nigel was in Brussels - that was another reason for Jonathan’s decision. He could talk to his sister without feeling uncomfortable. He found the relationship between Deeanna and her husband very disconcerting, and it seemed impossible to him that Nigel could still be taken in by Deeanna’s games. He also found it difficult to understand how his beautiful sister could live a day-to-day lie in something so intimate as marriage. Deeanna told the housekeeper, Mrs Beasley, that they would have lunch in the little cottage that they called the summerhouse. Occasional overnight guests used the cottage now. When no one was staying there it had become Deeanna’s little retreat, where she could escape to relax and be her true secret self. Here she and Jonathan could talk about anything and everything without being interrupted or overheard. She handed her mare Serenity over to Maxine at the stables and changed out of her riding clothes. She thought Jonathan would already have collected the key and be waiting for her. On the way downstairs, however, she was surprised to hear him in the study talking to someone on the telephone. He sounded agitated. “Already?” he said loudly. “You said about once a month, not this frequently!” She heard him slam down the ‘phone. Deeanna picked up the key, deciding that it was best not to let him know that she had overheard the snip of conversation. He would no doubt tell her about it later anyway. In the summerhouse she prepared coffee for them both and found some biscuits, but when Jonathan did not appear, she walked back to the house and found him sitting at the big kitchen table eating an enormous cooked breakfast. He was laughing animatedly with Mrs Beasley and Deeanna thought how well he looked. His blonde hair seemed to be even lighter and the summer sun had bronzed him. “My handsome brother will spoil the whole effect if he stuffs himself full of cholesterol every morning. He’ll end up grossly overweight!” she said from the doorway. “Deeanna! Where have you been? I’ve been here for hours!” he exaggerated and leapt up from the table to plant a greasy kiss on her forehead. She pushed him away playfully. “Finish your breakfast,” she said, “then we can go to the summerhouse and talk.” In the tiny kitchen of the converted cottage she poured coffee for them, and as they sat in the lounge enjoying the sun that streamed through the French windows, Jonathan talked about Longwold Manor, their ancestral home in Gloucestershire. The riding school was now ready to open, he told her, and with the building work on the old stable block finished, and the first horses settled in, the riders from around the area were beginning to take an interest. Two young ladies had their own horses stabled there and with the initial advertising done and the opening day announced, Jonathan was confident that he could now look forward to seeing some return for their investment of Nigel’s money.

An Edwardian seaside town is labeled the drug capital of north Norfolk, and an unlikely group of people find their lives inextricably linked to it—and each other. They are the following: Deeanna, the beautiful young wife of an MEP. She is desperately trying to save her family’s country estate following her father’s death and the discovery that they are broke. An opportunity to make quick money is just too tempting—and she has never been afraid to live life on the edge. Deeanna’s brother, Jonathan, always wants to emulate his sister. He takes over the running of the estate when the decision is made to open it to the public. His partnership in a flying school in Holland leads him to become an unwitting courier, with dire consequences. The mysterious Peter, who takes a job as security man to Deeanna’s husband, Nigel. But that is just a cover while he works for a drug enforcement agency. His dilemma is what to do about the stunningly beautiful Deeanna once he discovers that she is a main player. Crab fisherman, Whitebait, Highly respected in a tight-knit community, he worries that his pension will not be enough to give his wife, Mary, the rewards she deserves after all the years of hard work. During his last seasons at sea with his brother, Larry, they bring ashore more than crabs and lobsters. But Larry is weak and careless. He is tempted to try the drugs himself. The owners of a Dutch cargo vessel. Struggling to stay in business against increasingly difficult competition, they are also lured into temptation to pay off the crippling cost of their boat. Marti is a mixed-up young car salesman. His one ambition in life is to bring to justice the foster father who abused him as a child. He becomes a courier and quite by chance meets up with Terry, one of the other boys from the foster home. Terry, already an addict, introduces Marti to his boss. Joe Smith—that is probably not his birth name—is obese, suffers from angina and is no longer a main player in the Amsterdam drug world. He has been hard and ruthless over the years to maintain his slice of the business, but now he is losing out to the big, dangerous international syndicates. His sidekick, Roberto, is a suave Italian, and Deeanna likes what she sees. But he is plotting to desert Joe and move to the opposition where he believes a bigger pot of gold is waiting. Lured by the promise of quick financial gains for their own particular needs or greed, they all become entangled in a dark and dangerous network. Their lives are changed forever—as they opt for A QUICK FIX.

As Barbara Blyth lay dying from a long illness her husband, David, promised her that he would try to complete her long held ambition of having her book published. A Quick Fix uses the information her retired journalist husband gathered while investigating the drug scene in North Norfolk and information she gathered while working as a barmaid in several public-houses. Born in Norwich, the daughter of a cobbler, Barbara tried many ways of providing for her two young children alone. This included becoming matron of a private school and when this closed she swiotched to working on the land. It was while running an agricultural gang that she launched on a career of poaching to ensure her children always had meat on the table. Her exploits at poaching were featured in a television series, A Cook On The Wild Side, with famous chef Hugh Fearnley-Whittingstall. When she re-married in 1989 she switched her attentions to supporting her husband in his career while holding employment in local retail shops. Often she would go on ‘shouts’ with her husband—taking a camera—and once had a series of photographs of a fire published in the Eastern Daily Press. It was also at this time she revealed a talent for writing and often had theatre reviews published in the North Norfolk News. It was this dabbling in journalism that launched her on writing A Quick Fix.