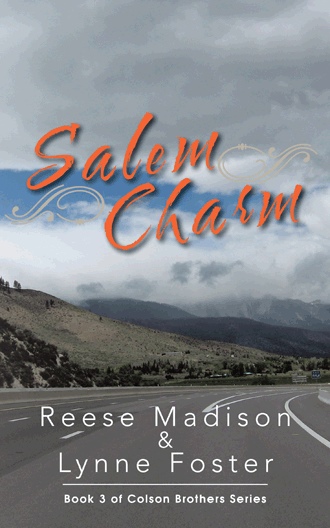 Lou Colson is a transporter and a biker. He moves people from one place to another safer location for money. His many contacts in and out of the club have made him one of the best in the business. A lot of money buys the safest passage in Lou's care. Most of his clients are men who find themselves in the wrong place at the wrong time and need out. Not this time. This time his oldest brother and President of the club is asking him to go into enemy territory to retrieve a spilled Southern belle. Barbara Whitmore is fresh from grad school and finally home for more than a few days for the first time since she was a child barely out diapers. Just when she thought her life was about to take a normal course of taking over the family plantation and finding some handsome young lawyer for a husband, Lou walks into her office. All her southern charm goes out the window when he tosses her over his shoulder and takes her on a forced road trip to save her life. Little does she know her life is about to begin, as she fights to keep it from ending.