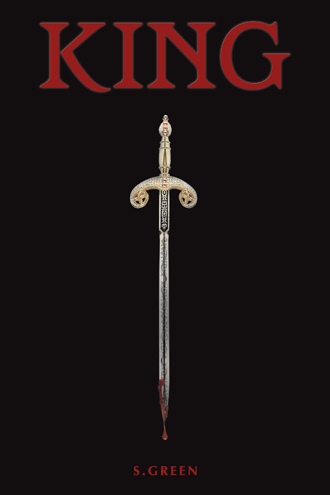 'Where is he?' King Rapheaus asked, as he stood studying the maps on the table in the tent. 'In the stores tent. We detailed a special guard. Sir Edgar Bootaizia and Sir Raanu Bartonas are with him now.' Sir Aston Garin informed the king. 'Excellent. And none of his men saw him?' 'Oh they saw him alright, stripped down and his face rearranged though means he's unrecognisable. We kept calling him Scarrion scum as we dragged him through camp.' Aston smiled. 'And the Berchan’s are all dealt with?' 'Not one remains to tell the tale, apart from Piltoveet.' 'Good, let's go.' King Rapheaus strode out into the chilly night air from the command tent. 'Rapheaus, I see your men are returned from the south. Where are ... my men?' King Yillt emerged from the darkness, his face screwed up in concern. 'I regret to inform you, your men are all dead. It was an elaborate trap. We managed to escape, our skills far out ranked that of your man, what was his name? Sir Piltoveet?' Sir Garin replied icily with undertones of smugness. King Evad stood glaring at Aston as the news struck home of the massacre of his men, his temper visible in the whites of his eyes clearly seen in the darkness. 'And, ... where is, Sir Piltoveet?' King Evad Yillt's question had been hard to ask, given his long term friendship with his champion knight. 'Dead,' Aston reported sharply. 'Where do you go now, so late?' King Yillt asked suspiciously, taking a moment to digest all the grim news, knowing without Piltoveet, he would have to work hard to keep one step ahead of King Rapheaus. 'I'm taking a walk, amongst my men, to keep them informed of events. Good to keep in touch ... eh? For moral.' King Rapheaus responded smoothly, mimicking Evad from his previous conversation with him. Aston and the king moved off into the darkness. Evad watched them both disappear and then turned and made his way back to his own tent, to ponder who his second best to replace Piltoveet. Sir Aston Garin and King Rapheaus entered the tent just as Sir Edgar Bootaizia struck Piltoveet another fearsome strike to his gut. The man doubled over in extreme pain. Sir Bootaizia was the best man at interrogation, having been through enough of it at the hands of the Quillians he knew a mans pain threshold and the limits a man could be taken to before he met his maker. 'Oi, pigeon feet! Look at me when I'm talking to you!' Edgar Bootaizia raised Piltoveet’s head up by the chin, the mans blood from his split lip and other wounds on his face mixed with saliva, dribbled down onto Edgar's hand. 'Pigeon feet?' King Rapheaus calmly quizzed Aston. 'Yes majesty, pigeon feet seems to rhyme quite nicely with Piltoveet and it seems like this little bird wants to fly away home, to his master.' 'Oh shit!' Piltoveet murmured when his head was raised and he saw Aston Garin talking calmly to the king. His own panic for self preservation kicked in, he knew King Rapheaus took no prisoners, he was renowned for it. 'Ha! He'll fly home alright, on a magic bloody carpet. Now, we need a little chat regards to your secret liaisons with King Sharima and your king.' King Rapheaus stepped forward and sat on a wooden crate in front of Piltoveet, sitting face to face with him. Without warning, Piltoveet spat in the face of King Rapheaus, the king wiped away the phlegm from his eye and cheek calmly, which worried Piltoveet more. The king stared at him hard, stretching his right leg and kicking, he forced Piltoveet backwards off his seat, his head hitting the ground with a heavy thud. 'Big mistake, sunshine. In fact as mistakes go that one was huge, even colossal!' Sir Garin grabbed the man up by his hair to his feet. King Rapheaus stood up and drew his sword from its sheath, leisurely examining the blade as he lifted it up in the air, Piltoveet followed the direction of the blade. 'Grab the bastards arm!' King Rapheaus ordered, his men forced Piltoveet’s bare arm outstretched in front of him. The king placed his sword on top of Piltoveet’s arm and slowly drew it across slicing slowly into his skin, cutting it downwards. Piltoveet cried out in pain, King Rapheaus sent the sword deeper still, the Berchan knight began to shake in shock and pain. 'Queen Lavanya!' he called out. King Rapheaus stopped and looked at him stunned, then over at Edgar, Aston and Raanu, all of whom looked as confused as each other at the mans outburst. 'My queen ... what of her? Tell me now, or so help me god, you'll not have an arm left!' King Rapheaus' face hardened. 'She was to be a trade off.'

'I AM KING!' 'MAJESTY I KNOW NOT WHO I FEAR THE MOST, THEM OR YOU.' Loveable tyrant and handsome rogue, Courtians King Rapheaus Nolitus is deemed the most powerful and wealthiest monarch in the medieval world of elite knights and chivalry. Feared and loathed by his enemies, he is a great strategist demanding loyalty and respect. Cast into a web of the deepest darkest deception by those who surround him and influence his decisions to safeguard their power, he then meets the seductive Lavanya, an undescribable beauty of no noble birth who reluctantly enters the kings domain. Desire lust and erotic passion ensue but her past soon catches up with her and she fears for her life. Will the king protect her or cast her aside? Thrown into a world of betrayal they both must fight to defend themselves but they must first decide if they can trust each other. Wars are fought on brutal battlefields filled with bloodshed and treachery. Knights defend what is morally right and honourable but their allegiance is soon bought into question. Who amongst them will stand by their convictions? Will the kings obsession and tyrannical rule win hearts or test obedience? Only one person can uncover the cruel twist of truth in the end but it is the king who must have the courage to decide their fate. Conspiracy, greed and treason leads to, 'NO MERCY!'

S.Green has a passion and intrigue for history, especially that of the medieval era. Her thirst for knowledge pertaining to this period compelled her into writing this her first novel. The author has worked in education and management and has used these combined skills to produce this captivating and thought provoking piece of literature. She lives with her husband and two children in a rural location of the UK.