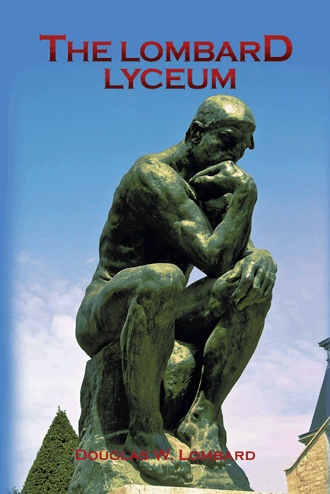 Chapter One Notice that the title of this work identifies it as an analysis not a history. It is also not a history because it is intended to be provocative. It is intended to help and encourage you to think for yourself. The work isn’t intended to be an accounting of what took place in the past and shouldn’t be viewed as such an effort. That effort would be ludicrous to attempt, because the American experience is much too vast a subject for that undertaking in one volume. It is an essential assumption that you will read multiple sources on each of the subjects considered in the pages to follow because no single source can ever approach being complete. Remember that every history or historical analysis produced is very selective in its content. The author, or perhaps a ghostwriter, and in many instances many authors decide not only what is to be included, but equally important what is to be excluded from the space that is available. The space is finite for the author to reach the goal of determining what beliefs you are ultimately to embrace. Many histories are written to aggrandize and justify the actions and decisions of some preferred actor while ignoring, minimizing or attacking the decisions and actions of others. As a novice to the skill of critical thinking, you should practice trying to discern what agenda the author you are reading is trying to promote. The better you become at making a judgment about the real intent of what you have been and are being exposed to, the better will be your comprehension about what your nation did in the past and is doing in the present. The better you become at discerning the prejudices that are inherent in what you are asked to learn and believe, the better will become your skill at thinking for yourself. As an example, if you have been indoctrinated to believe that the U.S.A. never does anything but good for the whole population of the globe and is motivated only by the purist of noble intentions, you will never understand how it is possible that some other nation could possibly behave differently than what we would anticipate. The belief that those that disagree with us are evil and therefore must be wrong, inevitably leads to acceptance of the demonizing of an opposition’s leadership and distortion of another people’s intentions. Accepting inaccurate characterizations of others’ motives can lead you to support politicians and endorse proposals that can lead all of us into disasters that profoundly affect all of our well being. Another example concerns the career of Abraham Lincoln. In most instances we have been taught to believe that Lincoln was very nearly a perfect human being. Most middle and secondary school textbooks never hint that, like all human beings, there was a portion of Lincoln’s life and Presidency that was far from perfect or enlightened. The act of training people to view some Presidents with near reverence conditions one to accept uncritical perceptions about whoever happens to hold that office when you read these words. Having belief in the magnificence of a President simply because he is the sitting President is a prescription for disaster. If you have absorbed the first lesson of this book, it is legitimate for you to ask what is it I am attempting to get you to believe? It is imperative that the question be answered. It is to that task this work now turns its attention. The short answer to the question proposed is--nothing. My goal is to impress upon you the need to learn a process, not to endorse a conclusion. As a teacher, it was generally acknowledged that I was a master at teaching, encouraging and nurturing critical thinking skills among my students. History is the ideal subject to learn the skills of how to think for yourself, express your opinion in a appealing format, accumulate data on which to base a conclusion, and question the truth and value of everything. It is ideal, because the relevant skills can be practiced and mastered in an environment less contentious than exists for contemporary, controversial issues. It is less contentious, because the events happened long enough in the past that passions have cooled. When you have become sufficiently competent and confident in your ability, you can consider current controversies. When enough experience has been accumulated, you will be able to do the research, form a coherent opinion, articulate convincingly, and defend yourself when your ideas are assaulted. Simultaneously you must learn that expressing divergent views often has grave consequences. It is only prudent to consider the consequences before expressing unpopular or dissenting opinions. As an example, when unemployment is high and job mobility limited, it is probably stupid to have frequent or intense disagreements with a boss that can fire you. It is irresponsible to be in the previously noted situation when there are others dependent upon your income for their sustenance.

In 1826 Josiah Holbrook created a program of adult education he called the Lyceum. It spread rapidly and in its most active years from 1830 to the 1860s it was an important factor in public education. It was needed then because the population wasn’t being provided adequate educational opportunity. Today, in at least in one respect for one critically important segment of society, history is unfortunately being repeated. The education of my grandchildren and everyone else’s children and grandchildren is at risk because of a combination of a variety of causes. Those causes include, but are not limited to, attacks upon the tenure system, shrinking school budgets, soaring class sizes, and the proliferation of standardized testing. All of these factors combined have produced a situation in which children will not be instructed on how to think for themselves. This lyceum done in print is an attempt to mitigate the damage from that lost opportunity. This work is titled the Lombard Lyceum because it is written for and directed toward the education of my grandchildren: Douglas, Alex, and Emma. My hope is that through this format I can have an influence on how and how well they are educated. If this volume proves to be of value to others that would be gratifying.