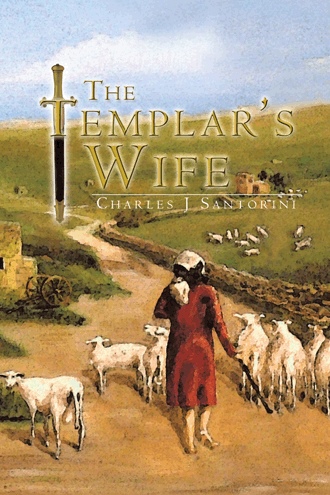 That warm summer night, so many years before, all the family was sleeping, as usual, in the one available large room, on straw pallets thrown over the flagstoned floor. Maria happened to wake up in the dark to hear the muffled cries of her eldest sister Sunta, who must have been around fifteen years old then. ‘No! No!’ Sunta was sobbing softly, as if her voice was devoid of any strength or will of its own. Maria half-opened her sleepy eyes and saw her sister’s body silhouetted against the moonlit open window. Sunta was stark naked, lying face down on her pallet, and Maria could just discern tears glistening her eyes. Then her father’s shape loomed over her, and he started stroking his eldest daughter’s buttocks. Young Maria had always been terrified of her father and she closed her eyes quickly and pulled the linen sheet over her head, fearing that he was about to beat Sunta as he frequently did. But why beat Sunta now, in the middle of the night, she had asked herself? And while she was completely naked? “With anxiety she awaited the usual whacking sound of her father’s calloused hands savagely slapping Sunta’s face and body, but none came. Instead she soon heard soft moaning. The room inside was dark except for the diffused moonlight that filtered through the window, and for the oil lamp which was always left burning on a stone shelf hung high on one wall in front of a small cheap clay effigy of Our Lady with Child. Maria ventured a peep from beneath the sheet, in time to see her father pull her sister up bodily from the waist and position her on all fours with her backside towards him, as if she were a goat, or a bitch, and then pulled her thighs wide apart. With horror, Maria saw her father kneel on the pallet, pull up his cotton night-shift to reveal his erect male member which he pushed with force between his daughter’s open legs from the rear and started pumping vigorously. Maria was spellbound by the odd sight and could not take her eyes off them, though she wished to shut them off from the horrible scene. She awaited her sister’s cry of pain at this plain act of brutality, but instead, and to her utmost surprise, Sunta started uttering moans of pleasure, and began moving her body approvingly to and fro in rhythm with her father’s steady pushing, her long hair and hanging breasts dangling to and fro in unison with her father’s motion until she was crying not in protest or pain but in apparent satisfaction. Her father, too, was whining in an increasing tempo towards a climax until all of a sudden, he extracted his manhood from inside Sunta and, as if she were accustomed to doing it often, Sunta turned quickly, grabbed his now huge thing which was glistening damp in the lamp light, and stroked it furiously several times until Maria saw, in the dim yellow light of the effigy, successive spurts of spray flying on the bed sheets accompanied by her father’s groans. With the least of movement in case she was caught peeping, Maria glanced furtively to see if anybody else was awake, but none was. It was then that she shut her eyes, but the scene remained firmly stamped in her mind forever. She must have been about nine years old then.” “……In medieval rural districts across Europe, acts of bestiality and incest were widespread, practiced within many a household, but tacitly remaining a family secret. An environment where men were left wanting by their wives for some reason or other, or were widowed, or were lewd enough to desire it, they resorted to incest by satisfying their carnal needs forcefully with their own daughters, sisters, sons or brothers within the safe confines of their homes. Other more desperate males, or even females, usually sex-depraved persons with a withdrawn character combined with a tendency to perversion, and not having other members of the family with whom to do it, had no choice other than coupling with domestic animals, such bestial acts taking place on the farmstead or in desolate grazing places mainly with goats, sheep, dogs or even donkeys.” These are extracts of episodes that happened in the rugged medieval life in Malta in The Templar’s Wife, where a small, backward, closely-knit rural community of serfs, completely cut off from the profane towns, is dominated by religion and superstition. The serfs’ sexual depravation drives both males and females, and even the local priest, to resort to bestiality or incest, intercoursing with their daughters and sisters, but all sins are strictly-kept secrets within the confines of the community. This ancient way of life suddenly faces the unthinkable hazard of exposure when Jacques, an escaped Templar lost in a storm, lands his battered boat on the shore near their hamlet. The young Maria, now a grown up goatherd but still unblemished by the evil around her, fascinates Jacques, and the mutual attraction inevitably turns to passionate love. This draws the envy of the rest of the hypocrite inhabitants who fail to recognise the great chasm that exists between the pervert sex practiced by them and the normal sensual attraction between a man and a woman in love. Inevitably, the book is not devoid of love and sex scenes, which give life to the plot whose foundation centers mainly on the dissimilarity between regular sex and pervert sex. The story continues to unfold from there. Maria and Jacques are forced to flee and sail to Palermo, in nearby Sicily where they marry. Transforming herself from a simple goatherd to a knight’s spouse in cosmopolitan and fashionable Palermo is an uphill struggle for Maria, but she succeeds. However, she has never forgiven the serfs back home who had driven her out of her homeland, and vows to return to avenge herself.

There is nothing in common between the king of France’s brutal suppression of the Knights Templar Order in 1307 and a small, backward, closely knit community of serfs living in the rural island of Malta who are dominated by religion and superstition. Until Jacques, a Templar knight who manages to escape the wrath of the French king, sails away from France to seek refuge in Sicily but got lost in a storm and lands his battered boat on the shore near the serfs’ hamlet. For centuries, the serfs’ sexual deprivations and close association with their farm animals has driven them to practice unnatural sexual intercourse with their animals and with members of their families, and even with the local priest, perversions of bestiality and incest which, however, they manage to keep as a close secret within the confines of their community. This ancient way of life suddenly faces the unthinkable hazard of exposure when Jacques becomes fascinated with Maria, a young, beautiful, and unblemished goatherd, and inevitably they both fall in passionate love with each other. This attracts the envy of the rest of the hypocrite inhabitants, especially the females, who fail to recognise the chasm that exists between their sexual perversions and the normal sensual attraction between a man and a woman in love. Maria and Jacques are persecuted and forced to flee, and they sail to the safety of Palermo, in nearby Sicily where they marry. While Maria vows to return someday to avenge herself on her compatriots, would she, a simple goatherd, succeed in coping with the vastly different town life in cosmopolitan and fashionable Palermo? A compelling novel about love, hate, war, sex, and revenge in a medieval society.

Charles J. Santorini is a student of medieval history and the Crusades and is particularly fascinated by the often underrated influence that Arabs left on southern Europe, more particularly on islands like Sicily and Malta, including their peopleÊs customs, language, architecture, and genetic features, some of which lasted for centuries