Fragments of the Psyche that Slavery Left Behind 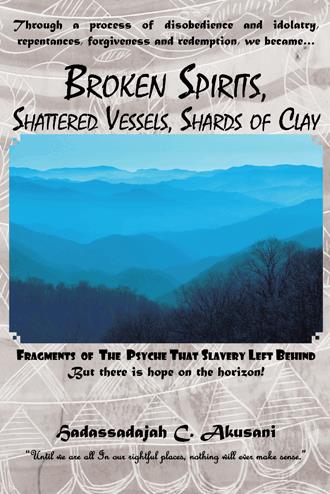 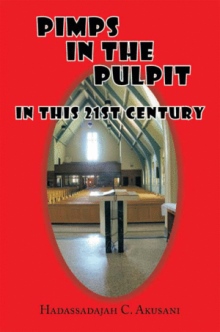 This book is borne out of the distress of a people seeking a place to belong in the world; a people wholly or partially ignorant of their dynamic history in the world and, more crucially, within the pages of the Bible (being a 'highly churched' people). This ignorance, or lack of critical knowledge, has resulted in a massive batch of psychological, mental, emotional, spiritual and even physical dysfunctions and psychoses--to the extent that they have become their own worst enemy, washed up upon the shores of this 21st Century. Not knowing the true history of where they've been (historically), they are emotionally and psychologically 'blinded' as to where they are headed (historically/spiritually). Much like the passengers aboard the R.M.S. Titanic following the shipwreck, they appear stunned and dazed--floating upon the waters (of unconsciousness)--awaiting an 'absolution' that, for them, never seems to come. The writing of this book is in the hopes of restoring (or creating) some semblance of understanding the underlying truth of the matter which has been strategically and covertly hidden beneath centuries of misconceptions, mistranslations, and outright lies, in the act of destroying or wiping out of existence the biblical history of the original people of the Bible with whom history began--resulting in a 'stolen birthright', shrouded in the 'mysteries' of the Bible. This book is written in the hopes that if this "birthright" can be recovered and restored, this dynamic people can once again learn of their historical and biblical greatness, restore their loyalty--not to the STATE--in any wise--but to the Universal Sovereign LORD, and seek Its greater, superior will--they can become whole again--in body, mind and spirit.

The Author, Hadassadajah C. Akusani, grew up in Upstate New York and attended schools and colleges in New York State. She later relocated to Phoenix, Arizona in 1984 where she studied art and computer graphics in Mesa, Arizona. Returning to New York in the spring of 1990, she resumed her employment in Law Enforcement where she had been employed prior to relocation-- completing in excess of 24 years in this field, collectively. It was this long stint in the field of Law Enforcement, seeing her people constantly (in extraordinary numbers) in the constant flux of the Criminal Justice System, coupled with their strong 'spiritual' base, but lack of presence within the pages of the Bible, that caused her to feel moved to seek biblical and historical answers for this grave discrepancy, especially seeing that Africa, itself, is indeed the Cradle of Civilization --and to the severe psychological brokenness of her people in all facets of life. From this arose the birth of... "Broken Spirits/Shattered Vessels, and Shards of Clay: Fragments of the Psyche that Slavery Left Behind".