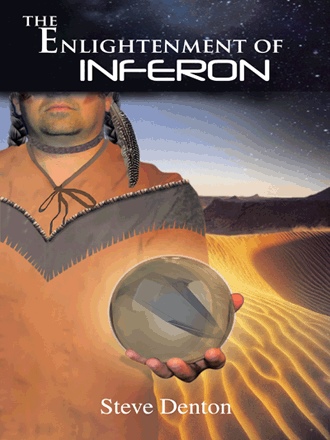 Jan sat patiently in her command seat aboard the hunter vessel Thios, watching. They'd tracked it to this place among a jumbled asteroid field around an old gas giant. She knew it was there, hiding, waiting for the right moment to strike. In the open, it would be harder to track but here in the debris of the asteroid field it would give away its position much easier even though concealed. She and her crew waited. One thing they had on their side was the fact that it would not flee. It was an ancient machine with equally ancient programming. It was incapable of choosing any other path. Jon watched his tactical display for signs of it as they quietly moved around the fringes of an asteroid remnant in a large field of them. The holographic tactical display would catch a glimpse of it from time to time as its movement disturbed small bits of rock. The tracking computer simply compared the speed and direction of debris as small as a grain of sand that was disturbed by the passage of an unseen object against the undisturbed debris in the area. The difference would be processed and the path of the unseen machine that created it displayed as a three dimensional track. If it returned to open space, they could still track it from minor anomalies in its concealment field that allowed them to see it through similar faint disturbances in the background star field, but that was tougher. “Move back to the other side of this asteroid Jon. Keep it hunting us in this debris.” Jan suggested. “Moving to the other side,” Jon replied. Thios quietly moved around to the other side of the rock baiting the machine to follow. Keeping a watchful eye on the tactical display, he asked, “Why is this relic so important that we have to capture it rather than simply destroy it like all the others?” Jan answered, “Because one of the vessels of the Feonclick Empire managed to disable one a while back. Since they didn’t destroy it and its own self-destruct failed to function they were able to recover it intact. The Feonclicks delivered it to our forensic science labs at Jova a few months ago. Thanks to them the multilayered encryption algorithms of these things have finally been deciphered.” “Oh. I heard about that encounter. But I didn’t know they captured one intact enough to be studied to that level,” Jon explained. “They did,” Jan replied, “I guess they didn’t want to say much about it until they were convinced they could crack the encryption codes it used.” “Now that we've got the tools, capturing one of them will facilitate the discovery of their hiding places. We'll be able to pry the information from their own memory banks,” she added. “Ahh,” he said. “Kill one now or capture and interrogate it to find their hiding places and kill many more later.” “Exactly,” Jan replied. “Now concentrate, keep it hunting us here.” “Will do,” Jon replied watching his holographic tactical display. They moved in and out around the field constantly tracking the machine as it attempted to gain an advantageous position from which to strike. Their computer constantly kept track of every move both vessels made and determined from that a statistical probability of when and from which direction it might strike. Presently their computer calculated an eighty-five percent probability the machine would attack from behind after they made a right turn. An hour later it appeared. “Tactical! Directly behind,” Jon alerted Jan The ship shuddered as the machine attempted to attack them with a plasma knife weapon. It shot past as its weapon failed to cut their ship apart. Turning to try again, it lined up for another attempt. “Patience Jon, patience. Let it get close then capture it,” Jan instructed. “We don’t want the thing damaged. And remember you only have seconds to halt its processor before it initiates its self destruct mechanism.” she added. He waited for it to advance. It hesitated for a few moments probably to assess its initial failure or to select a different weapon or tactic before advancing on the Thios again. It accelerated toward them. “That’ll work,” Jan said as it suddenly rushed straight at them. “I guess it decided to ram us.” Jon initiated the containment field around the thing stopping its advance. “Okay Jon you’ve got it. Now close the stasis field around it and lock out its self-destruct mechanism. We’ll take our prize home to the computer geeks. They’ll enjoy this little puzzle,” she said smiling. Inside the stasis field, the hunter-killer that prowled the stars for millennia was unable to move. It was trapped within a field it could not withstand.

The United Federation Vessel INFERON was one of three machines designed to provide a fast and powerful first line of defense within a federation of worlds numbering in the thousands. Its genetically prepared crew trained from birth for a lifetime of service, and the nerve center of the huge vessels consisted of a self-aware cybernetic device of incredible complexity. Together they represented the most advanced and powerful vessels ever devised. For more than three hundred years, the three of them performed their function with nearly flawless integrity as negotiators for peace, finishers of violence, and seekers of knowledge. Then, despite the vast technology of the vessels and the worlds that built them, two of them succumbed to mysterious failure. Years later during a routine investigation of a nova event, the crew of the last of the three would ultimately find themselves face to face with a reality far different from the one they knew. They would discover that the totality of the universe is much larger than the one they were familiar, and they would learn a lesson millions of years in the making.

Steve is a professional aviator with more than twenty years of experience in the field. He also has extensive experience in high tech electronics, and attended college toward an engineering degree. His writing experience includes several technical works in the form of training and procedural manuals as part of his employment. For this book, he has applied his science-based background, experience as a professional pilot, and imagination to produce an excellent piece of science fiction literature. Steve grew up in Portland, Oregon and currently resides in Redmond, Oregon with his wife and two step daughters. He has two children from his first marriage, and three grand children. He loves to hike the wild country and climb the mountains of Oregon (19 summits and counting). He currently flies professionally as an aeromedical transport pilot.