Healing the Wounds of History in International Reconciliation 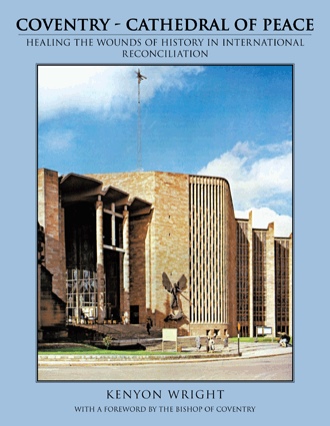 Thus just one example of the many stories told in the book. " The Agony of Bangladesh In memoriam those refugees from Bangladesh whom I saw at the point of death. My first return to India in 1971 however, was overtaken, not by Calcutta's needs, but by the plight of East Pakistan, later to become Bangladesh. With frequent visits to the border area, and to medical units set up by Calcutta Cathedral, I found a situation where some 5 million refugees had fled to India, to an already impoverished West Bengal, to escape the terrible atrocities committed by the Pakistan army against an innocent people, who wanted only autonomy and freedom. The Coventry Telegraph reported me as “having returned from Bengal after what was probably the most horrifying month of his life” They were right. It was mass murder on a scale which I only later saw again in Auschwitz, and made me aware of the depths to which humans can sink. . I speak Bengali, and was able to listen at first hand to the terrible stories of rape, murder and fear. Here is my Report, taken from the Cathedral's “Network” of July 1971. “To think in millions is almost impossible. - it becomes real to us only when he hear the real stories of real people. The man I photographed as he walked over the border carrying his crippled 75 year old father. He had walked 40 miles , and of course, had carried nothing else. Or the woman I found sitting with two small children by the roadside, on her face the glazed far-away look of starvation. Beside her, covered with a sheet, there was a shapeless bundle that proved to be her third child at the point of death. These millions of people are not fleeing because of some rumour or invented fear; they are in flight from a terror they have seen and experienced. In our medical care unit in Bongaon I spoke to two young men with bullet wounds in their shoulders. They were the only survivors of a group of about 30 young men from their village shot by the West Pakistan troops. In the next bed, a man in his seventies had a strange wound- the tips of the fingers of his right hand had been shot off. I asked him how this had happened. He had seen the other men of his village shot one by one and knelt with folded hands to plead for his life. The soldier had shot, but missed any vital part. These are not exceptional cases. I have heard them repeated again and again, and there can be no doubt whatsoever that there has been a systematic campaign of terror in East Bengal”. The response of Canon Subir Biswas was to turn St Paul's Cathedral in Calcutta into a centre for refugee aid. He worked tirelessly day after day deep into the night, with refugees and the injured - and later, when the war was over and Bangladesh founded, he helped rebuild hundreds of destroyed home. I later presented his Cathedral with a Cross of Nails, and installed him as a Companion - but his premature death in 1977 was certainly partly caused by the toll taken by his tireless sacrifice. Aid was vital - and I established a temporary movement called “Bangladesh shall live”, which channelled such aid - but in the end the solution had to be political. In my report in 1971 I wrote “I am convinced that ultimately this will mean the end of united Pakistan. After the experience of the last months the Bengalis of East Pakistan will never again accept the concept of a united nation.” My stories were told again when I shared a platform at a rally in Trafalgar Square with Syed Chowdhury, the former Chief Justice of East Pakistan, at which I was able to speak both in English and in Bengali.. I cherish a letter I received later from him thanking me for my contribution, (small enough though it was) to the creation of Bangladesh. When he later became the first President of the new nation of Bangladesh (which means “Land of the Bengalis”), I was able to accept his invitation to be his guest at Government House in Dacca, the Capital of Bangladesh, during my Asia visit in 1974. I remember him pointing out to me the bullet marks still visible on the building. 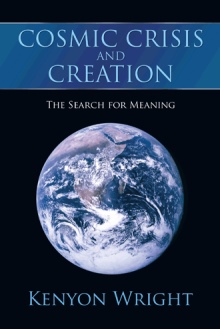 In 1940, when Hitler’s bombers reduced Coventry’s ancient cathedral to ruins, he coined a new word. He threatened to “coventrate” all of Britain. Coventry thus was given an iconic status as a symbol of the triumph of good over evil, of forgiveness over revenge, of reconciliation and peace over division and conflict. The ruins are still there today as a warning, but the new and magnificent new cathedral has become the powerhouse of a ministry both to the city and to international conflicts. The book is in three parts. Part 1 is a series of dramatic and moving stories of that outreach, from Europe, Asia, and the Middle East. Part 2 describes the history of how the cathedral came to be such a unique and active symbol of renewal and peace. Part 3 asks what lessons are to be learned from that story for a world in greater danger and with deeper divisions than ever. Finally, the author, from his long experience of international reconciliation, defines the steps that are essential if the old wounds of history are really to be healed.

As director of the Centre for International Reconciliation in the famous new cathedral of Coventry, Kenyon Wright was responsible for projects in many parts of Europe, East and West, in Ireland, in Asia, and the Middle East. Previously, he served as director of an industrial institute in India and went on to play a leading role in founding the Scottish Parliament. For this, he was made a CBE (Commander of the Order of the British Empire).