THE BLOOD THE FIRE AND THE SWORD 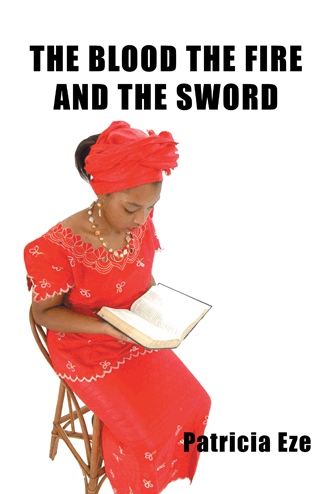 Hannah is a Christian who documents her life as an abused wife who discovered that she has been demonized due to the misdeeds of her parents. After attending a Pentecostal church deliverance ministry, she discovers that her parents' part in the occult practice of Obeah had led to her suffering from a generational curse causing a harsh and negative impact on her life. The story documents real life drama as the writer tells of her encounter with the Pastor at the deliverance ministry which led to years of research and digging deeper into the spirit realm. Hannah narrates her painful and humiliating struggles whilst going through the deliverance process and how she learned to use the full arsenal of heavenly weaponry to receive and maintain her deliverance by keeping all the spiritual doors to Satan and his demons firmly closed.

Patricia Eze currently lives in Saint Lucia with her true love - her second husband, and their two children. Patricia owns and runs her own business and is a born again Christian on a mission to share her life experiences. She was thrust into a long voyage of spiritual discovery after fi nding out that her parents and husband’s misdeeds, as they were dabbling in the occult, started to aff ect her personally. She wasn’t convinced at fi rst that things that went bump in the night or that demons were real, but this changed after coming face to face with demonic activity. She soon immersed herself in biblical scriptures and strong pastoral care to learn how to conquer evil with the “blood the fi re and the sword”!