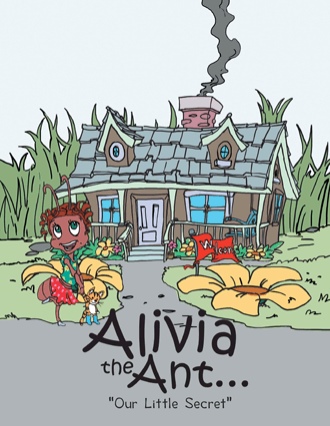 It was all dark but a little light at one end of what seemed to be a hallway. We were whispering like someone might hear us. But no one was there.   Jaden said, “Let’s go get Mom and Dad and show them what we found!” But Madison said, “Not yet, let’s just look first.” So we tippy toed one in front of the other down the hall toward the light. Cobwebs were everywhere. We just knocked them down and kept going. Jaden said, “We’re gonna get in trouble. I just know it… Mom and Dad’s gonna be mad”, but Madison grabbed her hand and said, “Just come on. We don’t even know what it is yet.” All of a sudden, the wind began to blow toward us and we heard a whistling sound. Every time the wind stopped, the whistling sound would stop. I was so scared. So I was holding on to the back of Jaden’s shirt and she was holding on to the back of Madison. Tippy toeing stopping each time the whistling and the wind started up again. Madison was the only one who still wanted to keep going.

This story is about three girl ants. Playing a game of hide - and - seek discover a passage door in the basement. Exploring it, will take them to an adventure, none of them will ever forget.

I was born in Southeast Missouri and basically stayed in this area my whole life. I was born in a large family of seven girls and two boys and in an era when children entertained themselves. I don’t meet many strangers. I love people and I love life. GOD has been good to me. He gave me and I married my best friend, Bill. I have three wonderful children. .. Cherria, David and Nicky.So far, I’ve been blessed with seven grandchildren and hoping for more. They inspire me with the little things they say and do. I keep writing and they keep on doing the things they do best. The stories keep coming and I hope to have them all published someday soon.