Sequel to Mist on the Window 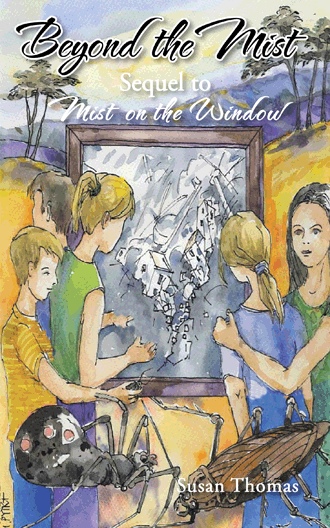 Putting her bike away in the dark was not something that Susan ever enjoyed. A sudden gust of wind spun leaves round in a small whirlwind just in front of her, and she heard something scurry behind her. She felt the tingle of goose bumps running up her arm. She had wanted to check on Tessa before she went in, but the thought of the mice that lived in the shed behind the sack with the rabbit food and the rat that had once sat on the rafters staring at her with his beady golden eyes made her turn toward the house instead. Fortunately, the latch on the wooden back door wasn’t stuck this time, and she was able to let herself in, locking the door behind her with the heavy rusty key that was hanging on an equally rusty nail. The scullery was an eerie place when the lights were off, and the moonlight flickered through the tiny pane of glass above the washing machine. Susan wondered whether her mom and dad would have done something to modernize it if it had been their own house. But it wasn’t really theirs—not fully anyway. 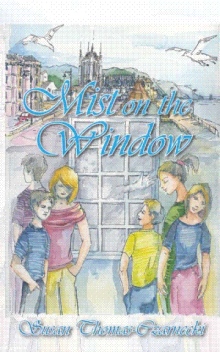 Mist on the Window
Susan Thomas-Czarnecki
$15.49

In the nail-biting sequel to Mist on the Window, follow the antics and excitement of Susan, Kathy, and Peter as the mystery deepens. Spiders biting and cockroaches swerving to escape horrified children. Peter, hair greased back, strumming his badminton racquet and—whoops, sorry, Susan! With hands reaching through the glass into the picture, the children come to the rescue. But will they manage to save those dearest to them? Only time will tell.

Susan Thomas-Czarnecki was born in Southampton, England, in 1965. Educated in Dorchester, she moved to California at the age of seventeen, returning to England two years later to study theology at London Bible College. After three years teaching in a secondary school in Norwich, she moved again, but this time east, to Poland, where she lived for nineteen years running an English language school for local Polish children before returning with her two children to settle in Teignmouth, the setting for her first children’s novel, Mist on the Window. She now enjoys her days gardening, sketching, and writing. She is currently working on the sequel to Beyond the Mist: Miss Lister’s Pen as well as her series of shorter children’s sit-down tales and is also hoping to complete her adult novel Lena in the near future.