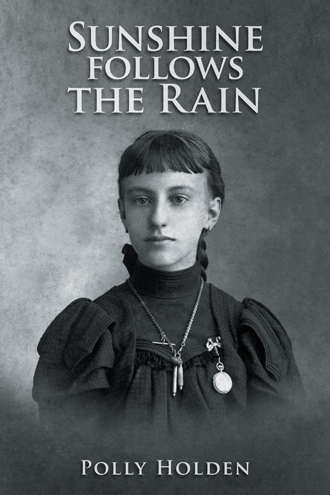 Prologue At the end of the Second World War most of Europe was in a terrible mess devastated by the most destructive war ever to hit mankind and Britain although on the winning side was no exception. Whereas in the First World War most of the damage was confined to certain areas where the fighting had been most severe, this world war had seen the terrible ruin of whole cities and with it people’s homes and their way of life. In normal circumstances after a war, prisoners are repatriated back to their country of origin as soon as can be arranged as the Geneva agreement requires; at the end of this war with no formal peace treaty signed the Geneva treaty didn’t have the force of law behind it. Clement Atlee the newly elected British Prime Minister declared he wouldn’t send home the well over a quarter of a million German prisoners of war captured by the British and Americans, and now housed in Britain. The House of Commons agreed with the Prime Minister; with half of London and most major cities nationwide in a state of severe destruction and with more than four million homes completely destroyed they deemed it only right that these men help put right the damage wrought by their nation. Although the British Prime Minister knew it was Adolf Hitler who gave the orders to the German army and everyone else had to obey he was concerned because most of the young men who now reposed in the prisoner of war camps had the Nazi way indoctrinated into them from their impressionable young teenage years. So Atlee decreed it was necessary for these men to be told and shown exactly what Hitler had been responsible for; the concentration camps for example and the killing of so many innocent people especially the Jewish race. Possibly at the back of Atlee’s mind was he didn’t want a repeat of the type of socialism of Hitler’s type to surface again, especially as Germany had been responsible for the last two most violent wars in history. At first the men were mostly housed in the compounds left by the American, Canadian, Polish, Italians and Free French as they waited for the invasion of France in 1944, due to the considerable numbers of PoW’s involved, other accommodation like large country houses were also requisitioned for use. During this time the men were kept under armed guard, then there began a pattern of forced education for the PoW’s, with many lectures and films about Hitler’s’ terrible regime given for many weeks to indoctrinate them into the truth of the Nazi rule and how evil it was, Because so many of the British Servicemen were still overseas supervising the clear up there before the general demobilization, man power in the U.K. was in short supply, it was then agreed by the government that some working parties of PoW’s were to be sent out from their enclosures to work on the land, help with road building and serve as general laborers clearing up the rubble caused by extensive bombing in the cities. The food situation was bleak, rationing being very severe, so 90% of these men were used to work on the land, with men moved around the country to where labor was most required. As time went by the prisoners became very restless, they were anxious to go home especially when they heard their families and cities were in with many ways worse off than the situation here in Britain. Very soon these men began to protest; fed up with moving from camp to camp and being behind barbed wire fences under armed guard after their hard working day, the men argued they were needed in their homeland. They began to insist they were not prisoners of war and that they were being treated as forced labor, this they said was against their human rights. They also pointed out to the British Authorities that if they not become soldiers under Adolf Hitler they would have been shot. Prime Minister Atlee turned a deaf ear and stuck his heels in; he would not be moved to submission on this issue for some considerable time The men had been used to army discipline so their quarters were kept in good order, they often painting scenes from home on the bare wars of the huts in which they were held, during the time they were confined they whittled away at wood, making children’s toys together with other things, and outside within the bounds of the compound, vegetables and flowers filled any available space grown by the inmates. Eventually Atlee found he had to bow to public pressure and it was decided by the government to gradually allow the men more freedom in the local communities. With this in mind a pamphlet was issued by the council of churches to help the situation. It said in part that the prisoners had special difficulties and were in a difficult physiological position being in the side of a nation who had lost a calamitous war; it went on to point out these men were human beings and should be treated by the church fittingly

Set just after the Second World War, Sylvia is just blossoming into womanhood and feeling her feet in her chosen career. Karl is brought to these shores on a troopship as a German prisoner of war, and like the quarter of a million other men in a similar situation, he wants to return home. The British government decrees that this is not going to happen and that these men will be required to help put right the devastation wrought by the war in Britain and to learn what a catastrophe their leader caused. Slowly the men are set to work, many of them in agriculture, but fraternisation with the general public is forbidden. Karl’s work is with Harry who is a foreman on a local market garden and is also Sylvia’s father; Harry has an aversion to Karl’s race because of events during the First World War, which affected his childhood. Gradually, the POWs are allowed to meet with the general public, and Sylvia and Karl fall in love, but it is an uphill task to win Harry over, although they do have an ally in Peggy, Sylvia’s mother. Eventually, events turn around, and the outcome is a happy one. This book also goes into the way village life pans out in these times, how severe rationing affects events, and how class distinction is still very apparent.

I was born here in West Sussex and have lived here all my life. I write about village life. My writing reflects village life especially about the time around the Second World War and how life has changed . I glean a lot from people I have known and as far as possible true situations. I have worked in the health service in an administrative capacity, and I have a family.