Up from the Fields 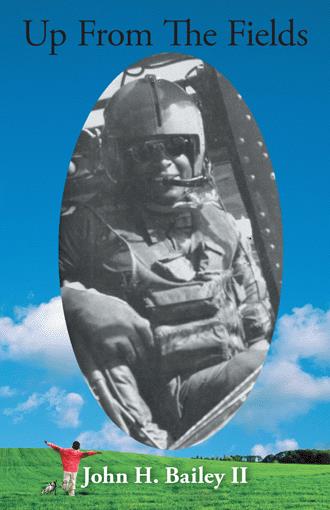 Of the festive moments during my young life were the holidays when the men got together and barbequed goats and ribs during the day and at night, in the absence of fire works, they rolled rags tightly and soaked them with kerosene, lit them and hurled them skyward. This they did to entertain the children of the families. I also received great Christmas gifts, one Christmas I received a pedaling car, another Christmas I received a pedaling airplane. I got my first whipping from my dad for riding the plane off that high porch and breaking off the propeller. My father cried with me. When I asked my grandmother why he was crying since it was I who had received the whipping, she said he sacrificed so much to buy me great toys and make me happy since I had lost my mother at such an early age. My reply did not help matters very much either, because I said I would rather have my mama than any toy. As I look back over those days I wonder how in the world could my dad afford to buy me expensive toys like that in the 1940’s?

Having flown out to the USS Sanctuary and successfully passing my flight physical prior to leaving Vietnam in 1968, my stay at Fort Bragg’s 12th Support Brigade was simply a brief stop over en route to Flight School as soon as I could make it happen. As it turned out getting a class assignment would take me about a year and a half in the mean time I took advantage of my stay at Bragg by continuing my studies toward my degree and after reading a story about Astronaut John Glenn, which said he felt it was necessary to take private flying lessons before attending military flight training, my thought was what’s good for a great aviator like Astronaut Glenn has to be good for me. My next step was to join the Fort Bragg Flying Club. My first flight was on 25 February 1969 in a 100 horse power Cessna 150, Certificate Number 2641J. I soloed after 14 hours of flying time and flew a total of 45 minutes without my instructor being on board. When he told me to stop taxing over to the side and to let him out of the plane my level of joy was overwhelming and oh how I wished my father could have been there to see me. This small segment of my flight training would come in handy later as an Officer Student Pilot at Ft. Stewart, Georgia.

Although John H. Bailey II’s father attained only a third-grade education, he imparted an important message to his son: you only fail when you stop trying. This is a piece of advice that Bailey II followed diligently throughout his life.

In Up from the Fields, Bailey narrates his life story against the backdrop of his unflappable faith in God—following him from his birth on a Mississippi plantation, where as a boy, he watched the crop dusters and dreamed of flying a plane one day. This memoir recalls running in the fields of Mississippi, playing football in Texas, being stationed at various military bases in the United States and abroad, and running the Texas State Guard. It provides insight into the life of one man who spent thirty-two years in uniform.

A motivational story with photos included, Up from the Fields follows Bailey’s journey from a lieutenant in the Vietnam War to a rank of major general.