Abraham Lincoln's Path to Reelection in 1864 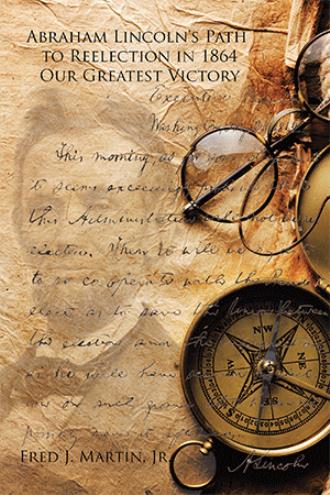 Abraham Lincoln had shaped his own reelection as President of the United States in 1864. His Reelection sustained democratic government and highlighted the power of the ballot as the fulcrum of power.

Political polls consistently record a substantial lack of confidence in national political leaders of both major parties and a disturbing sentiment that the United States is on the wrong track in current policy developments.. These sentiments lead to unfortunate summaries of alleged failures of our democratic institutions and proposals.. Fortunately, at this moment in our history, Fred J. Martin Jr. has stepped forward with a comprehensive analysis of politics in 1860s and most importantly, the political genius Abraham Lincoln as he led our country through a series of perilous crises into new paths of confidence and greatness. I admire, especially, Fred Martin's mastery of political detail and the large variety of motivations, strategies, and actions of a wide assortment of political players.
-Former Senator Richard Lugar

Arguably the most consequential election in American history, the presidential contest of 1864 has cried out for a more sophisticated analysis than it has heretofore received. Fortunately, Fred Martins background in political journalism and in banking has enabled him to provide such an analysis in this book, which is a welcome addition to the Lincoln literature.
--Michael Burlingame, Author, Abraham Lincoln: A Life; Distinguished Chair in Lincoln Studies, History Department, College of Liberal Arts and Sciences University of Illinois, Springfield IL

Fred Martin has written an illuminating account of the roots of Lincolns success as president, culminating in his victory in the critical election of 1864. Effectively using Lincolns words as well as those of his contemporaries, Martin demonstrates how it became possible for Lincoln to overcome his early background and become a skillful and ethical political leader who saved the Union and ended slavery. The book clearly is a labor of love for Martin, a long-time student of Abraham Lincoln. Every person interested in Lincoln and his presidency should have this well researched and well-written book in his/her library.
-- William C. Harris, author of Lincoln and the Border States: Preserving the Union (2011) and Lincoln and the Union Governors (2013)

Fred J. Martin, Jr., a 3rd generation Montanan, lives in San Francisco and is a Visiting Scholar at the Institute of Governmental Studies in Berkeley, CA. Martin worked as a night-side reporter on The Denver Post while earning a BA in History at the University of Denver. His career included work for the Associated Press, The San Francisco Examiner, the San Francisco Chamber of Commerce and Bank of America, retiring in 1993 as Senior Vice President & Director of Government Relations. His lifelong interest in Abraham Lincoln was fueled by the study of history, government and politics, and working experience in journalism, political campaigns, politics, and governmental activities. His great-great uncle, General Thomas Ogden Osborn, with a bullet-shattered elbow, took leave from the Union army and campaigned for Lincoln’s reelection, returning to active duty, he was awarded a brevet major general rank at thirty-two. Martin devoted the last twenty years to Lincoln research at the Library of Congress, the National Archives, state historical societies, archives, and libraries across the nation. He acquired an extensive library of Lincoln and Civil War books and history. He served two terms as President of The Abraham Lincoln Institute, Washington, DC.